Defiant: What the Women of Exodus Teach Us about Freedom — Book Review 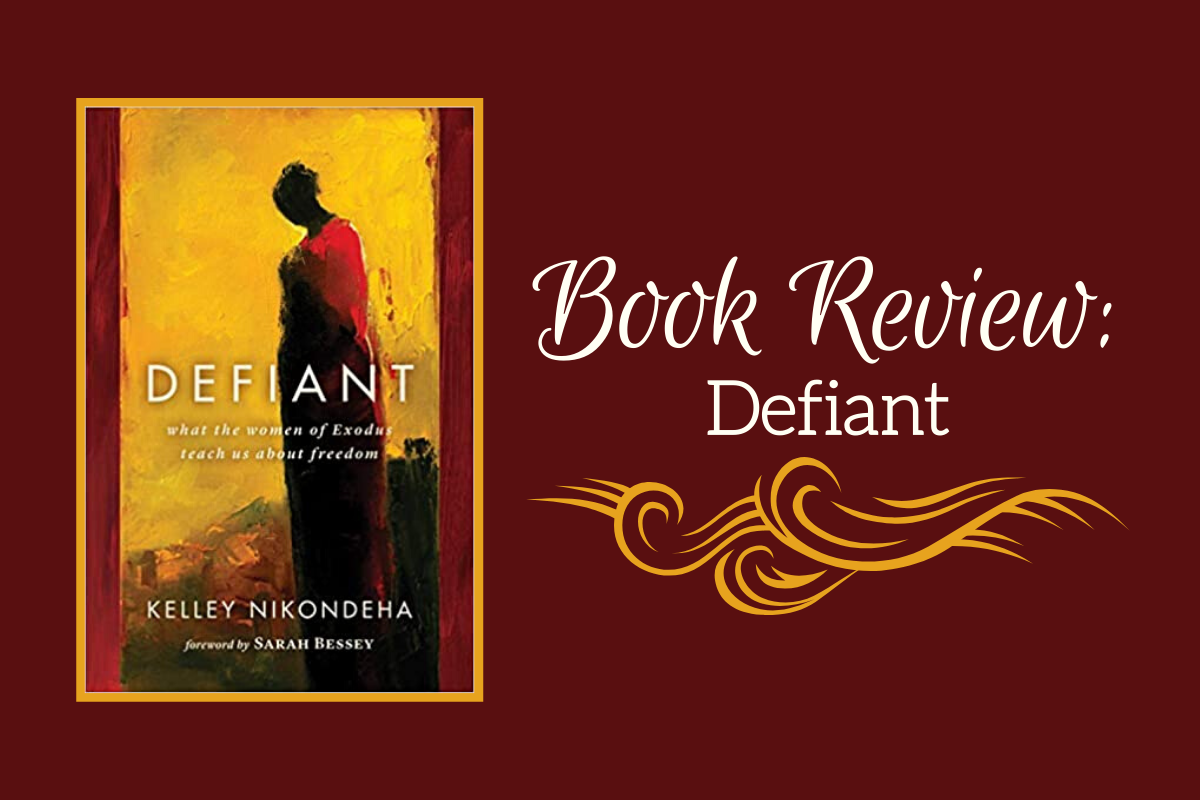 I finished reading Defiant: What the Women of Exodus Teach Us about Freedom by Kelley Nikondeha the same month Ahmaud Arbery and Breonna Taylor’s murders made national news, the same week as George Floyd’s murder, the same day protests broke out across the nation in response to police brutality and the continuous struggle in this country for black men and women to be seen and treated as equal to white people.

I didn’t know when I started reading that Nikondeha’s words in this book would serve as both prophetic lament and rallying cry to Christian women for such a time as this, a call to action to stand in solidarity against present day forces of injustice.

In Defiant, Nikondeha brings the stories of the women in Exodus into such vivid relief that I found myself in tears throughout each chapter, recognizing the struggle of these women against what seemed insurmountable circumstances. I see that same struggle reflected in the lives of the women I know who fight for social justice in big ways and small, whose work is thankless and whose names are largely unknown.

Nikondeha calls us to learn the stories of the Exodus women, to really know and understand them, and through her meticulously researched and beautifully woven narration, we do. The biblical accounts serve as the foundation, but Nikondeha also draws from Rabbinic literature and the Qur’an for information on these little-known women who, as she explains, were the core of the social justice movement of their day.

“I explore the women in the Exodus narrative as a student of Scripture and a woman hungry for justice,” writes Nikondeha in her introduction. She continues, “My method for this book is rather simple: exegesis, meditation, and imagination” (7).

Each chapter profiles different women of Exodus: Shiphrah and Puah, Jochebed, Bithiah, Miriam, the seven sisters of Midian, and Zipporah. Nikondeha also discusses the Miriams of modern day and the recent past who have fought for social justice: Rosa Parks, Malala Yousafzai, Emma González, Ahed Tamimi, and more.

In her profile of the midwives Shiphrah and Puah, Nikondeha begins by pointing readers to the importance of who is named and who is not in this narrative. “In Hebraic fashion, the narrator tells us who is, and isn’t, consequential in this scene… the king has no name… it is Shiphrah and Puah who receive the honor of a named mention. We are meant to pay close attention to the midwives. Rulers come and go; their names hardly matter. But commit the names of these women, Shiphrah and Puah, to memory” (27). These women defied Pharaoh’s command to kill the baby boys, an act Nikondeha calls holy defiance. In discussing this act of civil disobedience, she writes,

“Many Christians say we are meant to obey the government at all times and in all things. Romans 13 is often cited, as if it were a universal statement on citizenship and governments. But Paul, apostle that he was, still wrote as a citizen of Rome, a man in a patriarchal world, someone educated and therefore possessing a measure of privilege not afforded most, certainly not the Hebrew women along the Nile River. In this seminal incident in Exodus, we see that fearing God can look like lying to the powers that sponsor death” (33).

“‘Let the girls live,’ Pharaoh said. It would be the beginning of his downfall — underestimating the women,” writes Nikondeha in the final paragraph of Shiphrah and Puah’s chapter. And we see this underestimation of the women of Exodus play out again and again, as their acts of holy defiance are seen only by God and each other. They go to work in the rustling of river reeds, in the stillness of night, and even inside the walls of the opulent palace where Pharaoh reigned. As Nikondeha says, the women “move the liberation arc forward in the shadows of patriarchy” (76).

I was particularly struck by Nikondeha’s discussion of Miriam, and how she carried a drum — not a tambourine as the passage is often mistranslated. She writes, “The women were trained musicians, skilled and strong with stamina to hold a rhythm all the way across the Reed Sea. They composed the victory songs and dirges, and they were at the center of the procession out of captivity and into freedom, catalyzing the community to sing” (171).

“We are all Miriam’s descendants with work to do, songs to sing, and liberation to practice until every pharaoh is dethroned and every captive set free,” writes Nikondeha (182). And as the book comes to a close, she repeats this, rallying the women of today to embrace our callings and each other in acts of holy defiance:

“We are Miriam’s descendants. So it’s time we compose more freedom songs and dedicate more time to drum circles. It’s time we move in stride together to lead our communities out of bondage, out of scarcity, and out of injustice.

I found Nikondeha’s book catalyzing, inspiring, and deeply moving. It is a book that feels both timeless and divinely inspired for this moment. And it has formed a new prayer in my heart for the women in my life — and for myself — that the rhythm of the drums that we beat for social justice will reverberate in the very bones of those who think we aren’t strong enough or capable enough. That their eyes will be opened to the necessity of this work, and they will rise up alongside us to help carry the rhythm and sing the songs that cry out against injustice.

Defiant can be purchased from Amazon.com and other outlets.

Alisa Williams is managing editor of SpectrumMagazine.org. This review was originally published by the Englewood Review of Books, and is reprinted here with permission.