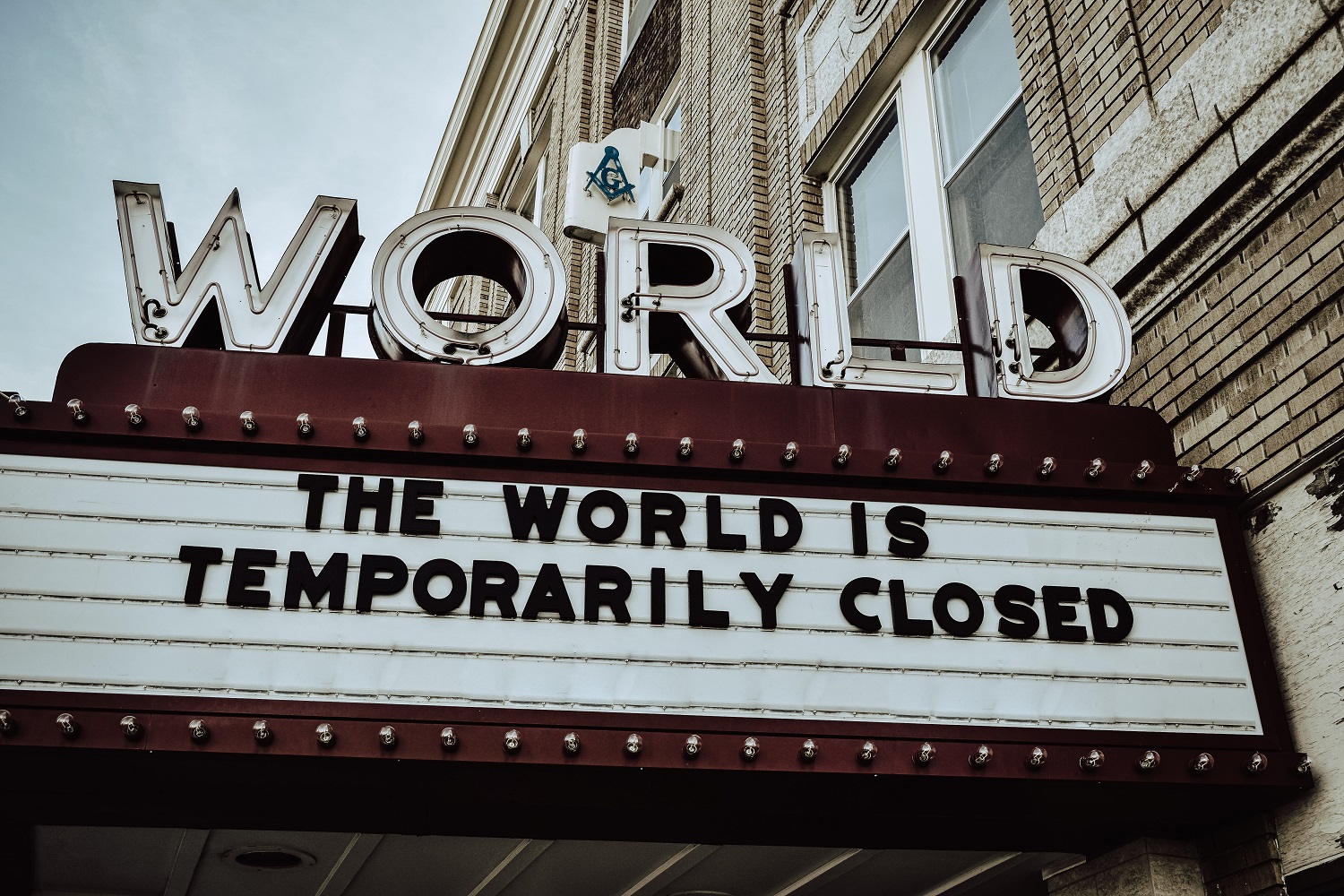 And the Lord said, Simon, Simon, behold, Satan hath desired to have you, that he may sift you as wheat. —Luke 22:31, KJV

If that doesn’t chill your spine, perhaps you don’t have one.

It isn’t often that someone is called out by name in the Gospels as the recipient of the devil’s attention, but if anyone would be at risk for that it would be Simon, or Peter, as we usually know him.

It was always Peter whose head rose above the parapet during the attacks of doubt that the disciples periodically suffered. It was Peter who stoutly asserted that he would always be faithful to Christ, only to be told that he would betray him at his darkest hour. And it was Peter who proclaimed Jesus as the Messiah, although his image of the Messiah decidedly did not include crucifixion. In the realm of faith, he was a warrior who shot first and aimed later. In short, Peter was always the point man on patrol: the first to defend his band, the last to sense his own weakness.

What Peter had was a temperament honed for action, the need to blast through the barriers of overthinking to reach an open space. The realization he was alone there might have been a warning to someone more self-aware. Even as the ground beneath his feet was giving way, Peter would have been congratulating himself. He was presumptuous: he took the force of his action as the measure of the strength of his trust. Hesitation or questioning would have shown a lack of the very thing at stake — his faith in God.

I’ve been thinking about faith in these days, wondering if it’s like a hand-sanitizer we use to cut down the odds of contagion from despair or cynicism. Or perhaps it’s more like Personal Protection Equipment, a kind of armor against attacks from the Devil, our “invisible enemy.” In the midst of this pandemic, what is at risk for many — their faith in a provident and rescuing God — is precisely what has hardened into a smooth and glassy surface which nothing, not even good sense, can penetrate.

To allegorize this coronavirus is to pit a holy desire to be obedient to God against the secular requirement to avoid congregating. I’ve been trying to understand why, for some Christians, gathering at church in the midst of a global pandemic is paramount, despite the danger it poses to others. The way they see it, there’s no contest: God’s word is to be honored above the teachings of men. It’s a taunt disguised as piety; to advise them to be cautious would be taken as infringing on their religious liberty. In like manner, how can Orthodox Jews convene for a funeral in their packed crowds or Muslims press into mosques by the hundreds during Ramadan?

Is this how we honor God, by proudly claiming a god who will only save the presumptuous?

This is a triumphalist faith, exultant to claim itself on the winning side. And it is a contractual faith, with duties and obligations that must be performed. In the perfecting of one’s character under the stress of social disasters, should I expect God’s protection as a reward for the ruthless defiance of scientific advice?

There is something extravagantly passionate about casting everything aside — all social constraints, all ethics — in the single-minded belief that forcing God’s hand is the highest form of faith. What could be simpler or more faithful to God’s word? But there is lacking the assurance that God already knows what we need and there is little, if any, desire to respond to God out of love, not fear.

Perhaps this attitude stems from the belief that “elites” like scientists are corrupt. Or perhaps from a fear that science tries to displace God and the answer is to fight science. If that is true, then presumption dies disputing the best advice of science. Or it could simply reflect a deep-seated suspicion of life and the world, that we are vulnerable in ways of which we aren’t even aware and that somehow, somewhere, fate is going to get us.

Point of view makes a difference to the way one lives. We crouch beneath the glare of an angry God or we walk forth in gratitude under the loving regard of our Father. We “Imagine there’s no heaven… Above us only sky,”[1] or, with Jacob, dream of angels ascending and descending on a stairway to heaven and awake to cry out, “Surely the Lord is in this place — and I did not know it!”[2] We see the Earth as disposable as grass for the fire or mourn its defilement and struggle to preserve it. And we may rejoice that “The world is charged with the grandeur of God,”[3] despite its depredations.

Anxiety, too, is part of the human condition. It is not usually fatal, but it skews our outlook — and our faith. We are unsure of our place in the universe, uneasy about what we don’t have and don’t know, uncomfortable — some of us — in our own skin. It throws us off stride, stutters the rhythm of our glances and responses to one another. It discourages us from trying the new and excuses us from dealing with the past.

“Faith is certain in so far as it is an experience of the holy,” said Paul Tillich in his Dynamics of Faith. “But faith is uncertain in so far as the infinite to which it is related is received by a finite being.”[4] We can’t help being finite and human; our uncertainty is more about fumbling what God gives us. “This element of uncertainty in faith cannot be removed,” continues Tillich, “it must be accepted. And the element in faith which accepts this is courage.”[5]

There is no lack of courage on display in this current crisis: The steady care of nurses, the daily integrity of public workers, even the courage of politicians who must make decisions for the good of the many at the risk of their own polling numbers. This courage becomes so much a part of the internal life of such people that they would be startled if it was pointed out.

There is another kind of courage — an element of faith — that stands up despite the inherent weaknesses of everything finite. It does not presume to challenge the powers of “non-being,” as Tillich puts it, nor does it try to get out ahead of God. It knows that “the heart is deceitful above all things, and desperately wicked,”[6] as Jeremiah says, but it bows in reverence with Ezekiel over God’s promise that “A new heart also will I give you, and a new spirit… I will give you a heart of flesh.”[7] Courage has feet to carry the body of faith, the heart of which is hope.

At the heart of our lives is the question of meaning, what we give ourselves to, what we make our “ultimate concern,” as Tillich called it. Settling for the finite as our ultimate concern is to raise the penultimate to the status of a god — a false one. “The risk to faith in one’s ultimate concern is indeed the greatest risk man can run. For if it proves to be a failure, the meaning of one’s life breaks down; one surrenders oneself, including truth and justice, to something which is not worth it.”[8]

In our solitary moments, catching ourselves gazing blindly out the window, we might ask, “How do I know it’s God I’m talking about?” — a question which cannot be answered for anyone else. Rowan Williams assures us that, “There are practices and styles of life that at least make some sense of the question, for in the very act of asking that question… We show something of what the word ‘God’ means that cannot be shown by conceptual refinement or pious enthusiasm.”[9]

And what of Peter? Hours after he pledged unwavering loyalty to Jesus, he cursed him three times, as Jesus said he would. As vehement in his denials as he was in his avowals, Peter went out into the night and wept bitterly. For all he knew, his act of betrayal had cut him off from Jesus forever. No one came back from a Roman crucifixion.

That weekend must have been hell for Peter, in ways we can only imagine. We can imagine Satan gloating, as his fingers itched to sift Peter like wheat. The image is powerful: sifting the wheat removed the chaff, which blew away. Peter would have been chaff. Judas hanged himself; what was it that kept Peter from suicide?

After Jesus warned him that Satan was on the prowl, he said, “But I have prayed that your faith may not fail; and when you have come to yourself, you must lend strength to your brothers.”[10]

That would be a nice ending to the story, except that we know Peter’s faith did fail — spectacularly so. It fragmented, blew apart, drifted away like smoke after an explosion.

But Peter was honest. Once he saw his mistake, he owned it and reversed course so fast you could see the tire tracks and smell the rubber. He came to himself, just like the prodigal son, by finding his true self in Jesus. No longer presumptuous, in his humility he also found his courage, enough to strengthen his brothers and to earn the nickname Jesus had given him so long ago when they first met: The Rock.

Photo by Edwin Hooper on Unsplash