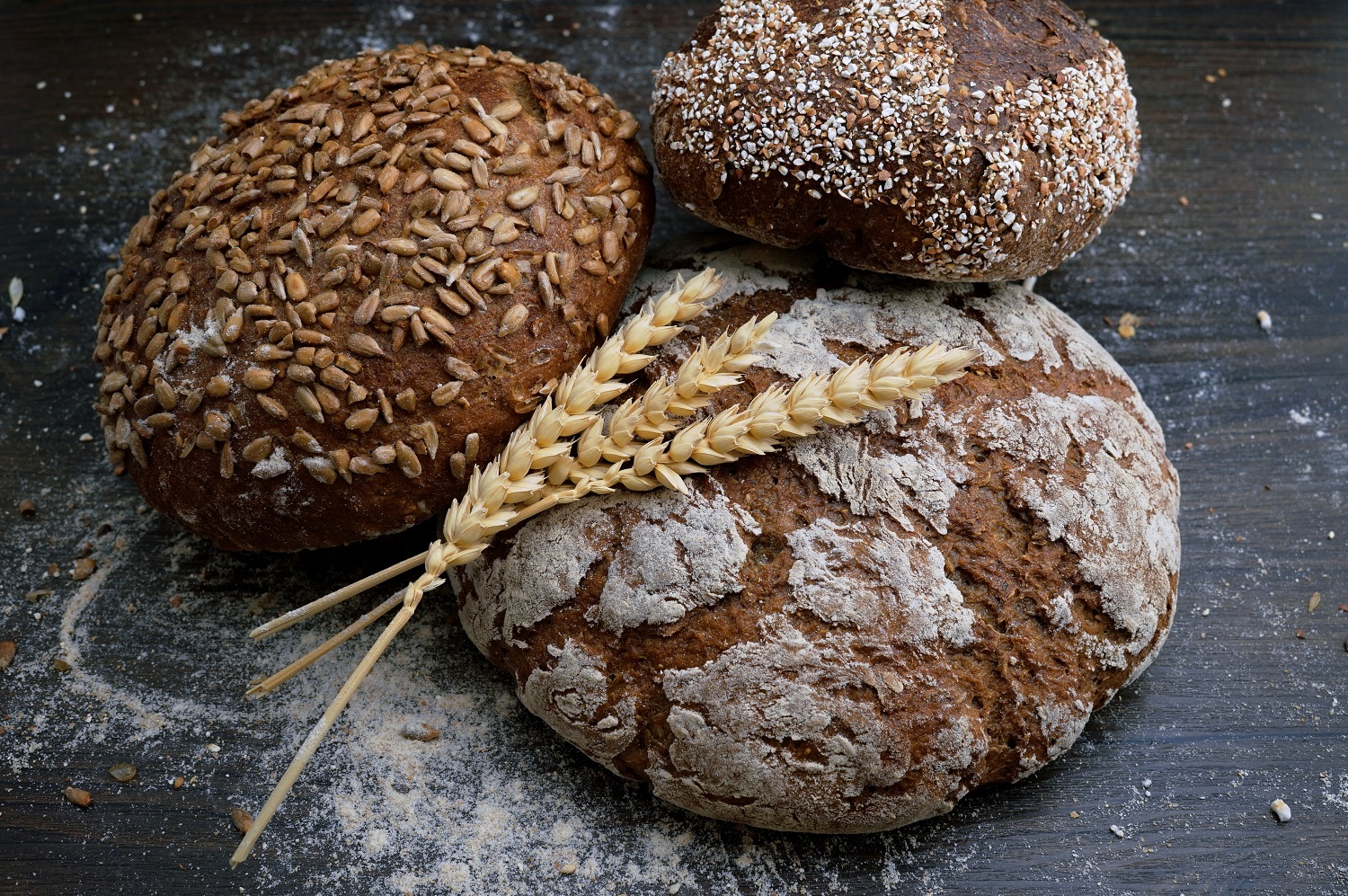 One summer I worked with a clutch of ministers-in-training to build a house on spec. The idea was that we would build this house with a loan, and then sell it for profit. It was a hot, sweltering Michigan summer, and the humidity was like nothing I had ever experienced in California. We did everything except dig the foundations. I learned a lot that summer about what goes into a structure to make it a living, humming, warm and inviting home.

I was definitely the odd man out. The others were seminary students; I was a graduate student. They had built houses before; I messed up trying to make a bird house. They were all friends of long standing; I knew only one of them slightly. They were out to make money; I was just trying to learn something practical and pay some bills.

I can’t say I brought much talent to the team. My foreman friend took a chance on me, and in the end he was disappointed. I was definitely not the brains, and not much brawn either. I think I was meant to be the one who jumped into every situation that needed an extra hand. My problem was that I couldn’t anticipate the next step in the work, hour by hour. I was like one of those guys in a pickup football game who runs downfield, waving to the quarterback. They weren’t going to risk me dropping the ball. So, I stood around a lot, trying to figure out how I could be helpful, jumping in where I could, and trying not to cut across the big plays.

We don’t always know what we should do in life and often others can’t tell us. If we have to ask, the thinking goes, we probably don’t belong there. Life is a series of tests, most of which we cannot prepare for.

The sixth chapter of the Gospel of John is all about bread. The words “bread” or “loaves” are mentioned twenty times in the narrative. Coming off chapter five — which is about Jesus healing people in places and times that break the rules — the sixth chapter continues the running conflicts that Jesus has with the religious authorities. John’s Gospel is remarkable for the many signs that Jesus does — “signs” being John’s code for wonders, maybe even miracles, that point beyond themselves to a larger reality for whom Jesus is himself a sign, pointing inevitably and definitively to God.

In Jesus’ lexicon, “bread” and “work” go together. As chapter six opens, Jesus and his friends have landed on the eastern shore of the Sea of Galilee. John hints that Jesus was seeking a break from the crowds who pressed their sick and hungry upon him. It was almost Passover time, so there were thousands of people swirling around the city, excitedly tracking the latest news and gossip, and chasing after any holy man who could heal and deal. Jesus and the disciples make their way up the hillside and settle down, tired after rowing across the lake. But they won’t get any quiet time. “Raising his eyes (we can almost hear him sigh), and seeing a large crowd coming toward him,” he turns to Philip and says, “Where are we to buy bread to feed these people?” It’s a test, says John to us in an aside. Jesus knew what he was going to do.

Are the disciples tested? With Jesus constantly pushing his own boundaries of faith, the disciples, his support team, can’t help being caught up in it. Like a man stepping out against the current in a surging river, Jesus extends himself further and further in trust, until he must go on in order to get back to the shore.

Philip walks right into the test. Twenty pounds, he says, wouldn’t be enough to buy everyone a little morsel. Andrew tries to be helpful: “There is a boy here who has five barley loaves and two fishes,” he says, and adds lamely, “but what is that among so many?” Andrew, Simon Peter’s brother, rarely gets the ball in these scrimmages. For him to speak up is itself a test, but he rises to the occasion. Jesus graciously notes it. “Have the people sit down,” he says.

Then follows one of his greatest signs, the feeding of the five thousand. That’s five thousand men — apparently the women and children didn’t figure in the official crowd count. All are fed, and there is enough left over for twelve baskets of take-home (“shall I bring you a box for that, sir?”). Licking their fingers and brushing the crumbs from their mouths, the crowd seizes on a rumor that Jesus is the final prophet to come into the world. They want a king, one who can supply them bread and fish. Jesus vanishes into the hills and the disciples push off from shore. There will be no popular uprising today.

The next day, Jesus and the disciples are together on the other side of the lake, the trip across in the night being another wonder — but that is a story for another time. Suffice it to say, that when the crowd meets him on the beach, they want a repeat of the meal.

You should be asking me for food that can last, he says. “I am the bread of life,” he says. “Whoever comes to me shall never be hungry, and whoever believes in me shall never be thirsty.” These are puzzling words, and the people shift from foot to foot and ask each other what he could mean. You don’t believe me, he says, but what you don’t know is that everybody who puts his faith in me and believes me, will have eternal life. I am the real bread, he says, the bread that comes from heaven.

Wait a minute, they say, we know this man. We know Joseph and Mary, his parents. We knew him when he was a kid; what’s all this about coming from heaven? Stop it! Jesus says. Stop your murmuring. I tell you the truth: the believer has already got eternal life. He looks around at all of them, gesturing with his hands. I am the bread of life, he says, as the voices begin to rise. Your ancestors ate bread in the desert and they’re all dead. I am the living bread. If you eat this bread you will live forever. What I give I give for the life of the world.

He pauses, and tries again. “Whoever eats my flesh and drinks my blood possesses eternal life, and I will raise him up at the last day.” In the sudden silence, he looks around at them. In one of those jarring, dream-like shifts of scene, we learn these words are spoken at the synagogue in Capernaum. Many of his disciples are bewildered now, and backing away, they exclaim without irony, “This is more than we can stomach! Why listen to such words?” Off they go, some in anger, some in disappointment, others with the cutting sarcasm that betrays a passion upended.

Jesus turns to the Twelve: “Do you also want to leave me?” He searches their faces. A door creaks, somewhere there is a fading footstep. Simon Peter, his mouth suddenly dry, swallows hard. They expect me to answer for them, he thinks. “Lord, to whom shall we go?” He looks around at them and then at Jesus. “Your words are words of eternal life.” He pauses. The late afternoon sun slants across the threshold through the open door. And then more softly, “We have faith, and we know that you are the Holy One of God.”

I am remembering a Eucharist, a communion celebrated with friends. We three have crossed the English Channel from Dover to Calais from our college near Windsor. It is December, with an early darkness, and we are freezing. It is Friday night and we know that an island and a continent away, friends are sharing in the Body and Blood of Christ. We move through the streets away from the docks until we find a shop still open, and we crowd in, our glasses fogging from the sudden warmth. Because we don’t drink wine and because all they have is Fanta, we leave moments later with a baguette and bottles in hand to look for a place to share our communion. At last we find it, the narrow vestibule of an apartment building, and sitting on the steps together we pass around chunks of warm bread as we sip from our Fanta. We read the words of the Last Supper together, “Do this in remembrance of me,” and we remember that all that is asked in this moment, all the work we need to do, is to believe the wildly improbable, beautifully paradoxical, wholly unfathomable truth that Jesus is here and now with us.