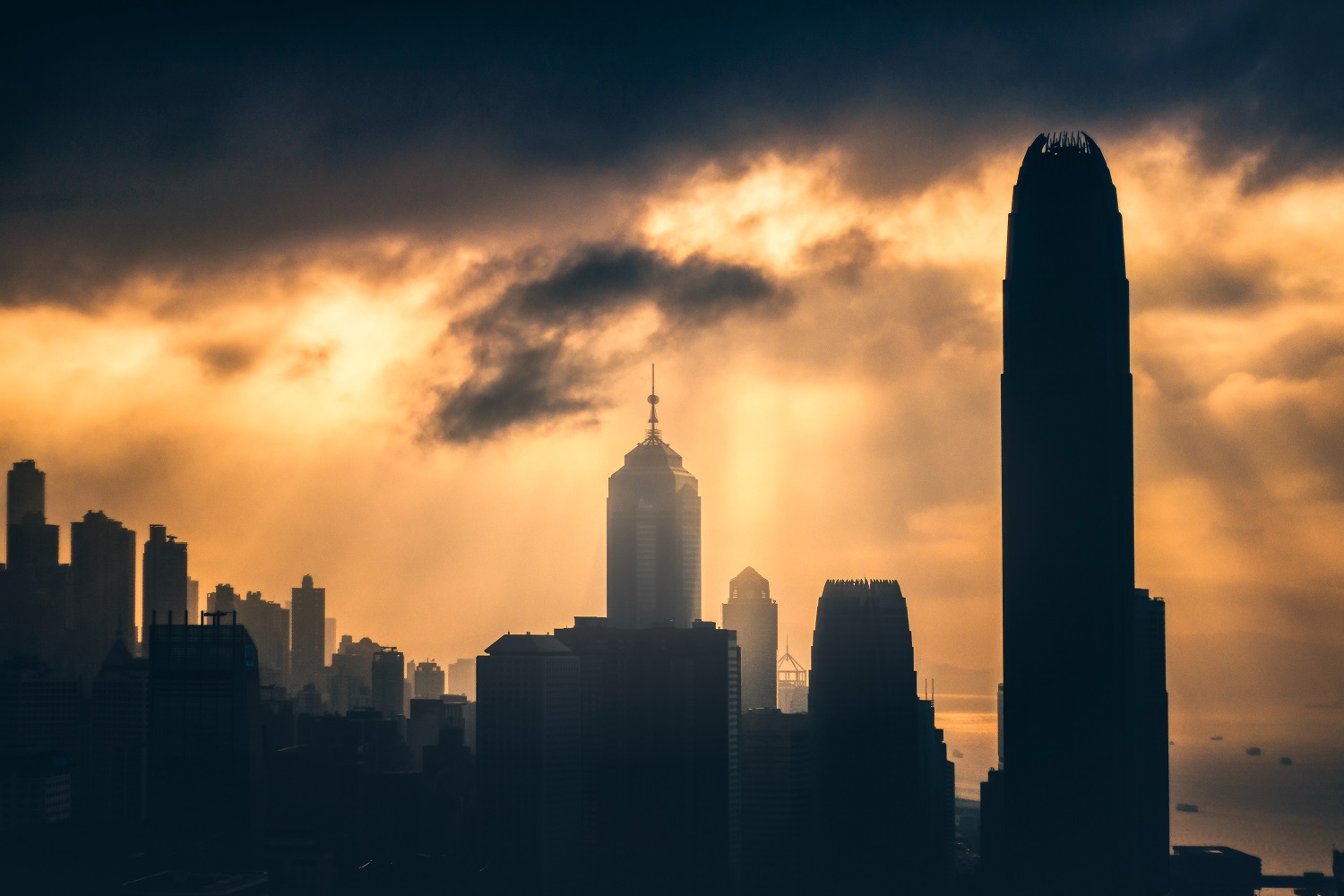 “If hope means a number of things, it certainly means the ability to wait…. Pure religion and pure Christianity, therefore, call both for the power to wish and act and the equal power of ascetic waiting.”1—William Lynch

I belong to a religious tradition which believes it must be watchful and active as it waits for the end times to begin. Many believe that we are living now in those end times, that the generally decaying sense of order — civil, social, political, and environmental — are sureties that the world is ending, and Christ will soon return. My grandparents felt that way under different, but no less alarming, circumstances. And in 1844, the founders of my church left everything to wait for the imminent return of the Lord. He didn’t come, the date passed, and now we somewhat ruefully remember every October 22 as “The Great Disappointment.”

Like every community which has looked for the return of the Christ, we have had to answer — if only to ourselves — why the Second Advent hasn’t happened yet. It isn't as if we are daily confronted by the jeers of the cynics or the accusations of those who feel betrayed in their belief. People have their own problems, making their way through the world from day to day; they don’t add to their own burdens by worrying about a cosmic event for which they have only the word of the professionally nervous.

The imminence of Christ’s return was always part of my own consciousness as a child. It was the far boundary of my imagination, the limit of what was possible in my lifetime, yet my mind refused to linger on the details of the chaos and horror that would precede it. We knew the natural order would be thrown over, earthquakes and violent storms would prevail, the moon would turn to blood and the sun be darkened, the stars would fall, and the seas would rise, and plagues would slay millions.

The unspoken assumption, as I remember it, was that we — those who had been faithful — would survive this peril and would live to witness Christ’s return. We would be spared, although our neighbors might not be. Like a tornado that rips through a town, taking out a swath of houses, but leaving one miraculously intact, we would have a force field around us that kept us safe. We would be preserved. The lesson for us children was to be ready and righteous.

Woody Allen said, “I’m not afraid of dying. I just don’t want to be there when it happens.” That’s how I felt about the Second Coming when I was a teenager. This was more than a simple desire to dodge a raging conflagration, although there was, naturally, a low-grade fever of fear at what those times could bring. There was a whole welter of tangled emotions churning through me, along with confusion and bewilderment. Couldn’t we go from things being unpleasant, but not deadly, to the resolution of justice in the world and peace forevermore? Scripture said, “He shall wipe away every tear and sin shall be no more.” That sounded good — let’s just do that and skip all the stuff in between.

What I came to realize in time is that none of this is under our control. There were those who claimed that God was preparing a people who would perfectly reflect his character. Once that was achieved, God would feel free to return and claim us all as his own. But surely in all these thousands of years there were times and peoples who could be trusted to be more faithful than us? And doesn’t that mean that we who claim to follow Christ are holding up the Earth made new for everybody just because we can’t stop lying or coveting our neighbor’s ox?

There were others who claimed that God would step in when the world reached a crisis point, to save us from ourselves. But haven’t there been innumerable times when it seemed we had finally pulled the pin from the grenade in our mutually assured destruction? Two world wars, constant regional conflicts, genocide, oppression on a vast scale, human trafficking, corruption in high places and policies that destroy the social fabric and corrode trust among people — add them up. And, of course, if the Holocaust wasn’t enough for a divine intervention, who could predict a worse event? How much suffering is enough? This is about moral evil, what we do to each other from within our God-given freedom.

Then there is the natural world and the diverse ways in which we harrow, poison, tear, smash, pollute, and foul our oikos, our home. The ice caps are gushing like rivers, the seas are rising, and we’ve just had the hottest decade on record. If God intervened to save the Earth from our recklessness, wouldn’t now be a good time?

For some, the optimistic ones, the cure is to live on this side of that threshold of pain, to deny the reality of it and turn away, rather than allow themselves to be overwhelmed and distracted. Focusing on the good in life raises the spirits and keeps the heart uplifted. Don’t worry, be happy.

Others of us, myself included, struggle continuously to rejoice in the good that we see. We live precisely on the pain threshold, neither in nor out. On one side lies the optimistic life, an attitude of heartiness and good cheer. There are no problems that cannot be solved, God smooths the path before us — we have only to wake up and sally forth into the world. Some versions of this believe that sadness shows distrust of God, and more extreme forms find melancholy intolerable. God wants us to be happy — and rich. Pull yourself together, they say, God wants to make you a winner.

On the other side is the pessimistic life, those whose first thought is of failure and despair. They cannot believe that goodness and joy could ever be theirs for they do not and cannot deserve it. God looms over them as a terrifying presence and their every mistake further condemns them in their own eyes. There is no comfort to be found in God, only judgment and anger.

For those of us living on the threshold, the pain of this world is continually before us. Like the pessimist, we see how dark the human experience is. Our eyes glaze over. These horrors appear embedded for eternity as our folly. There is always another place and another people worse off than we are. Every day is a breaking point for millions in this world. For millions of people, this life is apocalypse now, and they die without justice or remembrance. Why should tomorrow be any different?

“Do you want to change the world?” asks the Tao Te Ching, “I don’t think it can be done.” I resisted that idea because it seemed so passive, even defeatist. Protestantism believes we are malleable, that we can change, we must change. Not too long ago, American optimism believed that enough of us changing together for the better could create a better world. Surely, as the saying goes, we should be the change we want to see. I also resisted the virus that seems to afflict the old — expecting the worst of people and finding some perverse pleasure in fulfilling that prophecy by goading others into being their worst selves.

The question for those of us who default naturally to the tragic, and who smile wistfully at the heroic, is whether the stoic is enough. The light version of the stoic is to endure without complaint, doing one’s best under the circumstances. We could all do with more of that. The deeper, more philosophical version, what is called Stoicism, has a nobility about it that is attractive. But there is also a coldness toward the world and one’s life that sidesteps the joy that is possible for the Christian.

The tragic view of life takes account of the world’s pain, remembers it, and honors it. To live as much as possible without adding to the pain of others is the ethical minimum; to share in the suffering as God may lead us is part of discipleship. To have a tragic sense about life is to live in revolt against the sin that besets us, to know the price that sin exacts, and to live with gratitude for the hope that is within us.

For those of us who find ourselves on the threshold, the prosperity gospel in all its mutations horrifies us, the church triumphant raises suspicion, a blinkered certainty confounds and distances us. But for that very reason hope means a great deal to us. We “hope against hope” and live constantly with the refrain, “I have faith! Help my unfaith!”

Augustine is speaking of a community of hope, for charity, peace, and humility emerge into the light between people and are insubstantial when trapped in theory. And that’s the rub for people like me: feeling at home in a community. Naturally reticent, introverted by nature, belonging comes easier than joining. Yet, the Old Testament testifies, above all, to a people who are in a relationship with God together, as fractious and ragged as it may be. The New Testament amplifies that theme, now expanding the community to include anyone — in fact, every nation, kindred, tongue, and people. That’s the invitation, open and waiting.

I don’t know if we are in the last days. Sometimes, reading the news, it feels that way. It certainly felt that way to people suffering during the Mongol invasions, or the Black Plague, or the Soviet gulag, or genocide in Rwanda. For all those who were burned out of their homes, beaten and harassed, and finally lynched, those were the last days.

The world goes on, and as long as it does the invitation to make a community that loves in spite of itself, that resists all attempts to monetize itself, that actively waits in hope and creates beauty — that invitation stands.