Another Important Female Leader in the Early Church

Another Important Female Leader in the Early Church 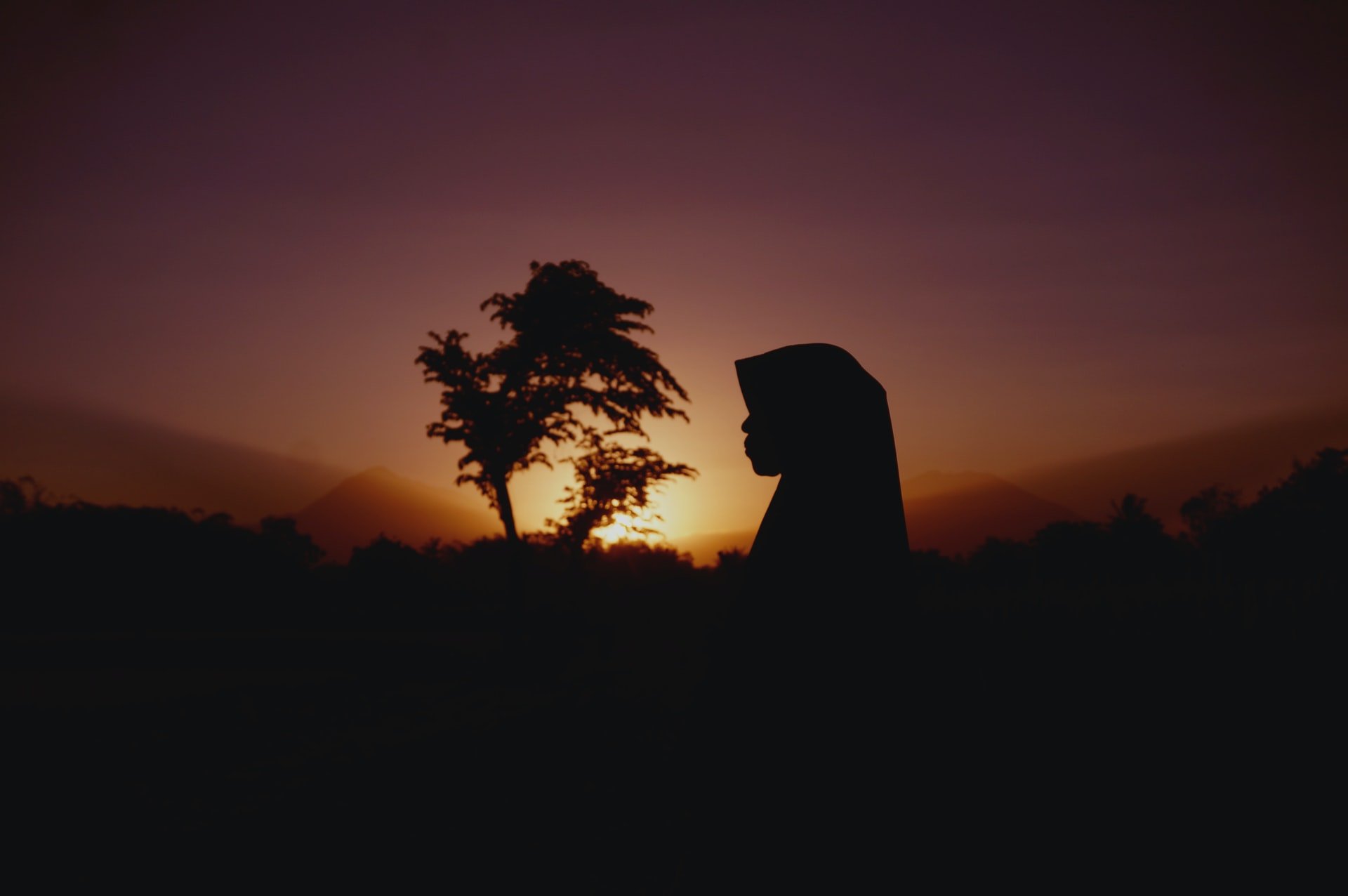 The Apostle Paul had a crucial decision to make: Who would deliver his freshly completed letter to the Christians in faraway Rome?

He had spent the winter of A.D. 57/58 in Corinth writing his Magnus Opus, the pinnacle of the great theologian’s thought regarding law and grace. Brilliant, intricate in argument, it laid out a compelling case for belief in Jesus Christ.[1] He now needed to find an intrepid currier.

In Paul’s day there was, in fact, an actual mail service throughout the Roman Empire called the Cursus publicus, but it was reserved exclusively for official governmental business.[2] The only option for most people was to find someone to deliver the package for them personally. Traveling by land, the distance from Corinth to Rome was about eight hundred miles and could take from six to eight weeks.[3] That option was not only tiring but risky. Inns were notorious havens for robbers, ruffians, and prostitutes, not to mention disease.[4]

As an alternative, the sea route could take less than two weeks, depending on the season and the winds. There were no passenger boats, so travelers had to find room on a cargo vessel going in the right direction. The larger grain ships could carry tons of freight and about one hundred passengers.[5] Depending on the size of the ship, accommodations might be available in cabins or below with the storage. Most passengers chose to inhabit small tentlike havens on deck.[6]

Traveling by sea was by no means a guarantee of safety. Underwater archaeological surveys to date have discovered 538 ancient Roman shipwrecks in the Mediterranean.[7] Paul himself knew the dangers from personal experience. He wrote in Acts 27, “Before very long, a wind of hurricane force, called the Northeaster, swept down from the island. The ship was caught by the storm and could not head into the wind; so we gave way to it and were driven along” (Acts 27:14-15, NIV).

On such a long, uncertain journey, it was vital to find a currier who valued the apostle’s lengthy scroll enough to carefully protect it from getting wet, torn, or marred in any way. It was not unusual to wrap such a scroll in a layered covering or put it in a container of some kind.

The person the apostle Paul might choose to deliver his epistle had to be much more than someone who simply happened to be traveling to Rome for personal reasons. They needed to have several vital characteristics:

Paul’s many greetings to members of the Roman churches indicates that he was not unknown there. Nonetheless, his representative from Corinth needed to gain the confidence of the local church leaders and congregants for themselves as a credible witness. To do so, they had to be recognized as someone who was highly respected in their church back home. To build close relationships, they also needed to be a person of generous spirit and friendly demeanor.

It was important they be someone who knew the apostle well and could bring the Roman Christians up to date on his life and mission through personal experience. Paul hoped to get the member’s spiritual and financial support for a trip to Spain and intended to visit Rome himself on the way (see Roman 15). But for now, the bearer of the scroll was his stand-in with the responsibility of winning their full support for both his teachings and upcoming mission.

In Paul’s day, many people were illiterate and could only gain their understanding by hearing. It is hard to imagine today trying to comprehend the complexities of the epistle to Romans without being able to study the manuscript at length. It was therefore vital that the reader be able to speak clearly with appropriate emphasis, vocal inflection, and facial expressions.[8] They needed to be someone who could convey concepts in a logical, understandable way.

Without doubt, the apostle would want to explain the vital document carefully to his representative before they left Corinth. He needed to have full confidence that the person he selected could later provide accurate commentary on its complex contents and answer myriad questions from the many hearers in Rome.[9] It was crucial that the members there be united in their acceptance of Paul’s revolutionary, transformative, perspective.

Paul needed to find someone of substantial financial means to make the trek who could pay for their own travel, plus food and other essentials.[10] They also needed to pay for copies to be made of the Apostle’s precious writings. Once the person arrived in Rome, copies would have to be made for each of the at least four house churches in and around the city.[11]

The cost of making such copies was not insignificant. To produce faithful, accurate copies you needed the services of a trained professional, called a librarius, who could charge the equivalent of up to six week’s wages for a day laborer.[12]

All these qualifiers swirled within the apostle’s mind back in Corinth as he contemplated who to select for the all-important task of presenting his manuscript.

One could imagine Paul focusing on potential candidates in the mother church in Corinth where he worshipped. When he described the congregation in 1 Corinthians, he said,

The flip side of “not many” is that there were at least some influential and noble born members there. It would seem that one person, Erastus, who is the “director of public works” for the entire city of Corinth, would be given special consideration (Romans 16:23, NIV).

In the last chapter of his letter to the Romans, Paul passes along greetings from several members of the Corinthian church by name: Lucius, Jason, Sosipater, Gaius, and Quartus. Any of these men might have been candidates for the trip to Rome because they had friends or relatives in the congregation there.

After much thought and prayer, Paul finally settled on a woman, a trusted friend from the nearby house church in Cenchreae, a port city about nine miles southeast of where he was currently staying.[13]

Once she was selected, he added a carefully crafted section to his scroll that served to introduce her to the congregation in Italy. Paul wrote,

I commend to you our sister Phoebe, a deacon of the church in Cenchreae. I ask you to receive her in the Lord in a way worthy of his people and to give her any help she may need from you, for she has been the benefactor of many people, including me (Romans 16:1-2, NIV).

In these two pregnant verses, we have the description of someone with a very powerful resume.

Paul begins his introduction of Phoebe by calling her “our sister.” Sister is a term of spiritual endearment, connoting closeness and care. Instead of saying “my” he uses the much more expansive “our.” He sees her as a dedicated member of Christ’s spiritual family, both locally and abroad, and it is his wish that she be received with open arms in Rome.[15]

The apostle then reveals that she is what is called a “diakonos” in Greek, translated as “deacon.” We have to be careful not to read back into this word any later definitions that occurred centuries later and were much more limiting and gender specific.

In his description of Phoebe as a deacon, Paul adds importantly, “of the church in Cenchreae,” indicating that she has the responsibility of overseeing the local church that was meeting in her home. Jen McNeel comments,

It is clear that Phoebe is exercising some kind of leadership within the Christian community at Cenchreae. Elsewhere Paul applies the word to himself and to others who engage in the preaching and teaching ministry of the early church (see 1 Corinthians 3:5; 2 Corinthians 3:6, 6:4, 11:23; and Philemon 1:1 for other examples).[16]

When Paul commends Phoebe to the Romans, he chooses to illuminate her specific leadership role within the Christian community in Cenchreae. Phoebe the deacon is a leader, and Paul wants the Romans to know it. Perhaps knowing her leadership credentials would make the Romans listen more closely as she unrolled the scroll to begin her reading of the letter.[17]

The apostle next describes Phoebe as a “the benefactor of many people, including me”  (Romans 16:2 NIV). The word translated “benefactor” is prostatis in the Greek. The term appears only here in the New Testament and we therefore must look to other sources to derive its meaning.[18]

A Prostatis or Patron was a wealthy and influential person in the society of that day.[19] They used their wealth to benefit individuals, organizations, and causes. For example, both literary and archaeological evidence indicates that in the first century A.D. Phile of Priene paid for the construction of a city reservoir for water as well as the city aqueduct. In the early second century, Plancia Magna provided a major grant for building the immense, ornate gates of Perge, the leading city of Pamphylia. Aurelia Leite in the third century A.D. underwrote the restoration of the gymnasium on the Aegean island of Paros.[20]

Patrons also actively targeted people many rungs lower on the social ladder, providing a life-giving safety net as well as upward mobility. Paul states that Phoebe generously used her wealth to “benefit many,” including himself.

Phoebe became a close associate of the apostle Paul, earning his full endorsement and admiration as they both worked to spread the gospel of Christ. One commenter shares this perspective on how the apostle viewed this remarkable woman:

Paul not only recognizes a fellow believer, but also acknowledges a fellow leader. Paul trusts Phoebe. Paul respects Phoebe. In diction marked by graciousness, Paul indicates his gratitude for this co-worker, a woman. His words show he delights in honouring Phoebe openly to fellow believers because of her character, leadership and devotion to Christ.[21]

The apostle “entrusted Phoebe with the great message of salvation to the Roman world!”[22] As she headed off on her lengthy, treacherous journey to Rome, she “carried under the folds of her robe the whole future of Christian theology.”[23]

[3] Jeff Miller, “What Can We Say About Phoebe?” Priscilla Papers, April 30, 2011, https://www.cbeinternational.org/resource/article/priscilla-papers-academic-journal/what-can-we-say-about-phoebe

[5] David Parish, “Travel and the Gospel: The journeys of Paul and his letters,” Faith in Business Quarterly Volume 16:2 pp5-8, https://www.faith-in-business.org/Articles/589814/Travel_and_the.aspx

Ibid., Robin Gallaher Branch, “Female leadership as demonstrated by Phoebe: An interpretation of Paul's words introducing Phoebe to the saints in Rome,” https://indieskriflig.org.za/index.php/skriflig/article/view/2443/5944

[23] Quoted in Brenda Poinsett, She Walked with Jesus: Stories of Christ Followers in the Bible (Birmingham, AL: New Hope Publishers, 2004), 192.