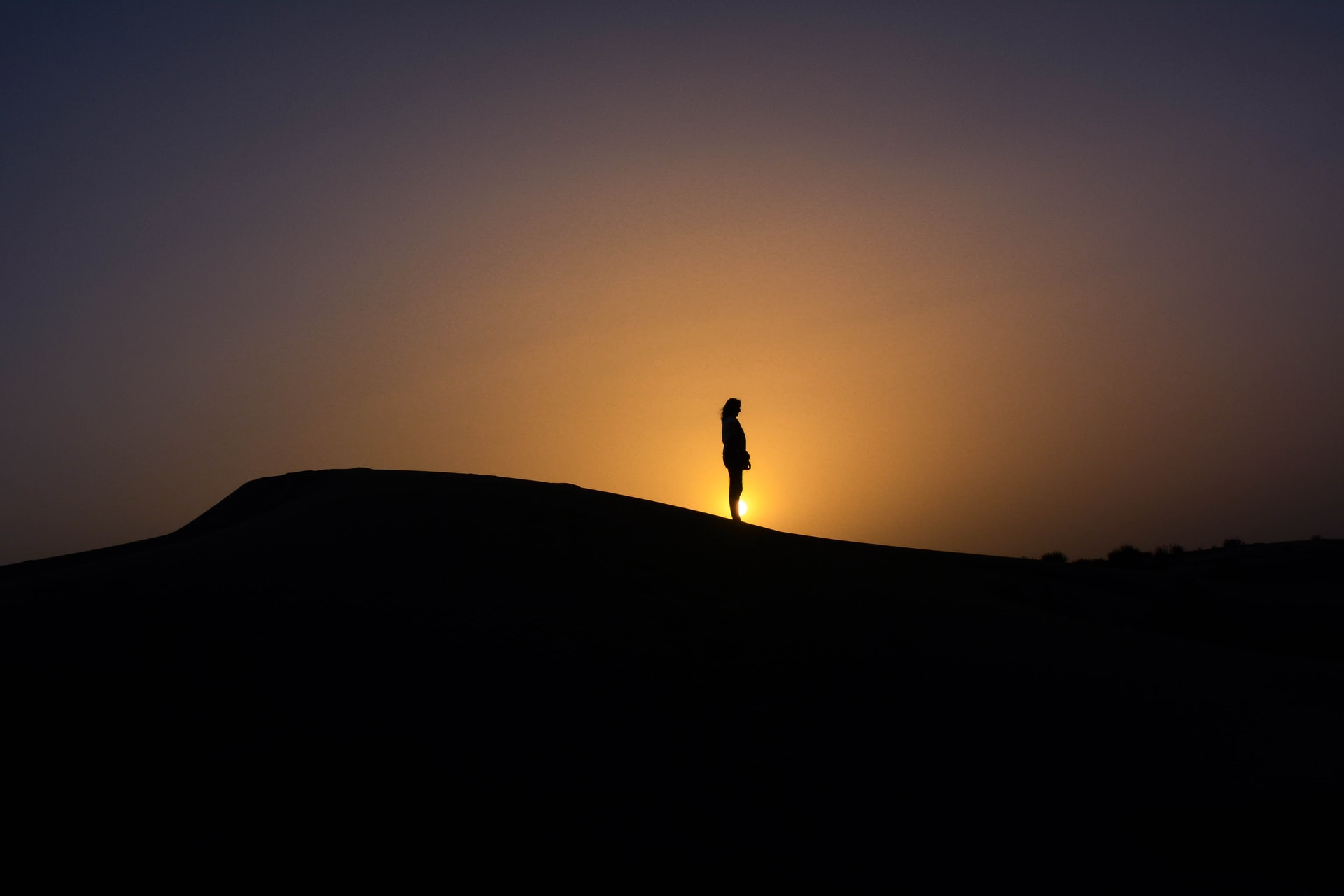 “If, without our choice or contrivance, feelings arise within us which cause distress, then Christ is there in the distress itself, not to save us from the pain of rebirth but to assure us that we are indeed being born again.”[1]

In 1968 Joan Didion’s seminal collection of essays, Slouching Towards Bethlehem, was published, capturing the tumultuous times in a form that set the standard for a coolly detached style which burned with wicked details. She took her title from Yeat’s The Second Coming, a poem whose shelf-life is eternal because it depicts the era that everyone imagines is their own.

I am no different; the lines “Things fall apart; the center cannot hold;/Mere anarchy is loosed upon the world,”[2] seem written with 2020 up on the screen. Do we really want to glimpse the rough beast which slouches toward Bethlehem? To call upon another poet, it will be “a hard and bitter agony.”[3] But birth is a sign of hope, however dubious, in a burning world. Would it be too much to imagine the innocence that waits to be born in these scarring times?

In 1968 I was sixteen, growing up in Northern California in the hills above the Napa Valley. It was a year in which the visible edge of the world seemed to fray and tear, like a flag whipped to a thinness that could not survive another gust.

In April of that year, Martin Luther King, Jr., was assassinated and in June, Robert Kennedy — the last best hope of many — was slain by the bullets of Sirhan Sirhan. To a teenager becoming alert to the interplay of politics, power, and prejudice, poetry seemed more solid than the frantic calliope of the nightly news. Yeat’s poem could have been the caption for that year in a catalogue of the Sixties.

“The best lack all conviction, while the worst

Are full of passionate intensity.

Surely some revelation is at hand;

Surely the Second Coming is at hand.”[4]

In the Christian community in which I grew up there was sporadic passionate intensity about the Second Coming. Civil unrest, rioting in the streets, the Vietnam War, demonstrators marching for their civil rights — all pointed to the soon-coming of Jesus. So said some, but others advised caution. Our denomination was birthed by those who believed Christ would return in 1844, only to be greatly disappointed. That lingering disappointment translated politically into a demure Republicanism, more concerned with the appearance of defiance than the actual injustices that lit the protests. Nevertheless, a society upended was fair game for the Apocalypse, and I could not help but wonder if the world would last long enough for me to finish college.

Jesus calls us, unequivocally I believe, to feed the hungry, clothe the naked, take in the stranger, help the ill, and visit the prisoner. “I tell you this,” he says to the disciples, “anything you did for one of my brothers here, however humble, you did for me.”[5] We will be judged, he continues, on these criteria.

If that is true, then Dr. Rieux in Camus’ The Plague, would enter heaven to sit at the right hand of the Father before many Christians, myself included. Rieux, who stoically attended to the victims of the plague despite the danger to himself and who, without appealing to divine intervention, simply got down to work, day after day, was my literary hero in college. Motivated neither by reward nor punishment, he went about his business without complaint, but also without hope. That is where I reluctantly fell back to let Camus go ahead with his doctor; hope in God’s redeeming power was central to Christian faith and I could not let it go.

Broadly stated, this was my dilemma: Camus had no ethical system and no religion too, but he did the right thing simply because it was right, and the dignity of humankind demanded it. And in contrast, there were many Christians responding to Jesus’ parable of the sheep and the goats solely from self-interest. Take away the lure of heaven or the threat of hell, carrot or stick, and how many of us would pass the test? If motive is essential, then, as Kierkegaard remarked, “purity of heart is to will one thing.”

Furthermore, Camus and his doctor found respite in the midst of duty in the simple pleasures of sky, sea, bread, wine, and companionship. They were grounded in this world, content to find their fulfillment in the years they had left and then to die. There was a noble simplicity in that which I found — and still find — attractive. And why were so many of us Christians so anxious to shuck off this world like a raggedy old coat? Had we not learned anything about endurance, the brother of faith?

Right now, I am asking myself if a belief and a hope in change for the better in this world is just naive. A reductionist view of life says that this is all there is, so… what? Just keep on dancing, a la Peggy Lee’s song? That is resignation and passivity. Create meaning for our lives out of the constant struggle for survival? That is easier described than lived — it is the raw experience for millions of people — but it is more likely to wear people down, corrode their trust, and leave them cynical and defeated.

We are finite beings. Our limitations bind us within time and space. “The days of our life are seventy years, or perhaps eighty, if we are strong… They are soon gone, and we fly away.”[6]

We are finite beings and we have our limits. And at this moment here in this country, a limit has been reached. What African Americans have been choking on all their lives, we white people are awakening to. Their wilderness of isolation, in which they were not heard, has been breached by a gasp, “I can’t breathe!” Our wilderness of temptation lies ahead.

When Jesus rises from the muddy waters of the Jordan at the hand of John, his cousin and his baptizer, it is his first public step toward his destiny. The Spirit descends on him as one chosen and lifted to do great things. It is a moment of birth into a life opening up to light and wonder. But light and shadow are never apart and up ahead there is darkness.

Mark’s Gospel says the same Spirit that blessed him and graced him with favor “drove” him into the wilderness. Actually, the word is “thrown out.” Jesus is flung from ecstasy into temptation, after the passing brush of his Father’s reassuring touch on his shoulder. Before Jesus will utter a syllable as God’s Word in the world, he is tested in every way possible. His wilderness is to walk through this world all alone with only the memory of God’s favor like a fading flavor on his tongue.

And now we are being tempted by Satan. Tempted to give in and give up. Tempted to cynicism because we’ve been here before and nothing came of it. Tempted to despair because we fear that change will not come in our lifetime nor in the time of those who come after us. Most of all, we are tempted to abandon love because we don’t want to look like fools, putting our trust in something so right. How fragile we are! Behind all this “is the temptation to disbelieve in what we are, the temptation to distrust ourselves, to deny that it is the Spirit Himself which beareth witness with our spirit. God in us,” says Harry Williams in The True Wilderness.[7]

We must extend our peripheral vision without judgment or paranoia. At the edges of our seeing is where the truth has been all along, but we’ve only wanted the things we cannot see. White Christians will make a choice: either to continue supporting an order that assumes inequality and upholds racism or make the difficult path through the wilderness to where Jesus is. It is the work of lifetimes, repeated, constant.

“But I say courage is not the abnormal…

Not strangeness, but a leap forward of the same quality…

It is the normal excellence, of long accomplishment.”[8]

This is not a path that the institutional Church can navigate, but maybe it will encourage the smaller groups and communities of people in its midst who have found each other — the portable churches. There must be thousands such groups across all churches, made up of diverse peoples practicing the steady work of discipleship.

This calls for a particular kind of faith and courage, the kind that takes a deep breath and plunges into the life Paul describes as “Christ in you.” “The Spirit is ourselves in the depths of what we are,” says Williams. “It is me at the profoundest level of my being, the level at which I can no longer distinguish between what is myself and what is greater than me.”[9]

The gap between who we are, really, and what we think of ourselves narrows the wider our acceptance of who Christ thinks we are. If we enter our wilderness in humility, and with joy, we will see our light come shining.

Photo by Jyotirmoy Gupta on Unsplash