The Tale of Three Trees

The Tale of Three Trees 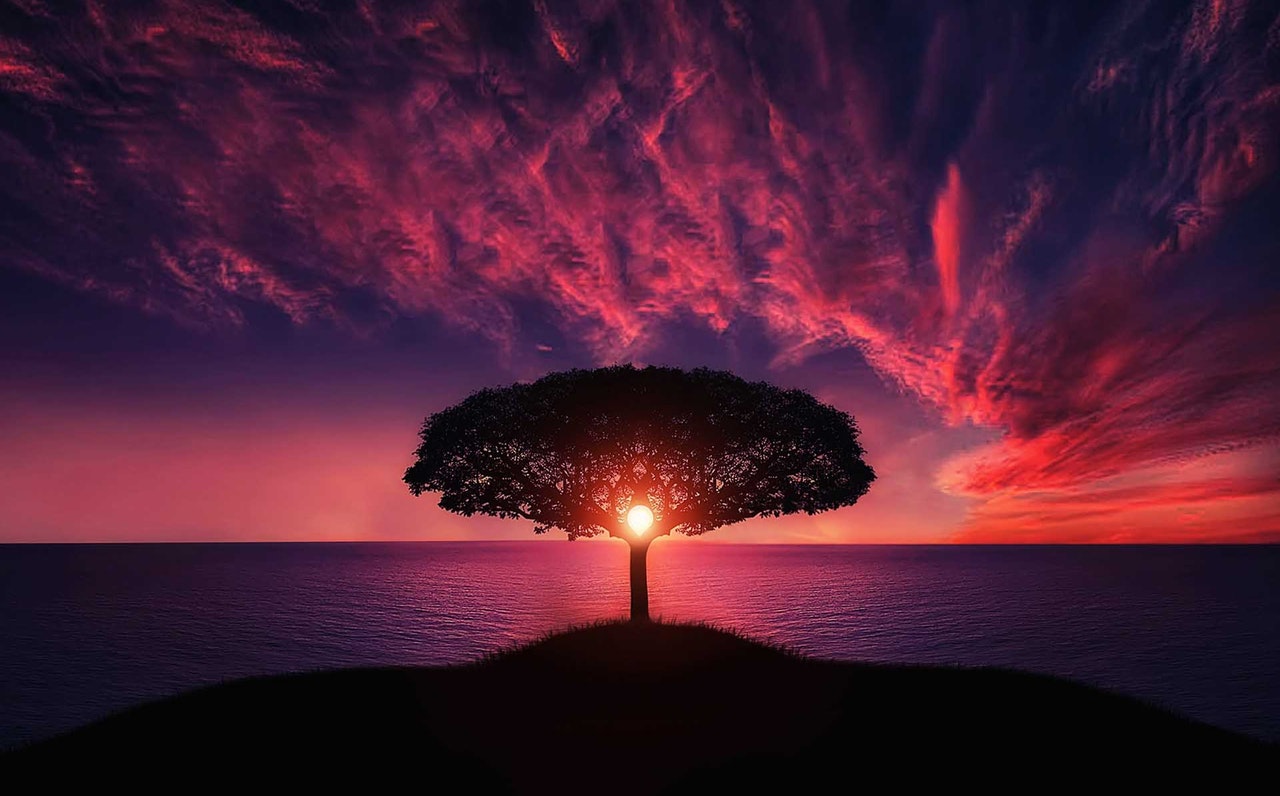 The Tale of Three Trees[1]

The earth was spoken into existence — light, and water, and land. The earth brought forth birds, and fish, and plants, and trees. Animals came to populate the land. But the beginning was not over yet. One more set was needed. The Godhead — seeing all that was good — still needed more. Wanted more. And so, they said “Let us create humanity in our image — male and female.”[4] And they did. Hand crafted out of the dust of the earth, the living spirit-breath breathed into them. Humanity was alive. And they were intended to live forever — to praise and fellowship and live and love; with each other and with God. They were the children of God; a reflection of their maker. And it was very good.

These children of God lived in the garden. They were given dominion over the garden, not to abuse it, but rather caring for the land, the plants, and the animals. Standing in as agents for the Creator. “The plan was that through their service and protection God’s blessing would flow to all creation.”[5]

In the garden stood two very special trees: The Tree of Life and The Tree of the Knowledge of Good and Evil. They freely ate from the first, but were told that death followed if they ate from the second. You see, the people were not just like God, but only an image of God. There were still boundaries based on trust and truth. They did not truly understand the battle into which they had been born.

The battle had started in heaven. A dispute over power and authority and justice. Pride and envy blossomed and the flames of doubt and slander fanned. The one most close to God — a covering angel — decided that he deserved more. Not content to be a single foe — he rallied and schemed; whispered and accused. Soon, he had an army of his own. He would show God the folly of his creation. He knew better.

And to prove this point he took his discontent and mistrust and lies to the garden God had created. The Garden with the two special trees — one essential, the other forbidden — and the two special humans. It was there he would execute his plan to disrupt and discredit God.

It would be a crafty and nuanced plan. He knew how to make it work — just like he did in heaven. Sleight of hand and twisting of truth would do the trick. He would be masked as a serpent; a creature under humanity’s protection. It would all come down to a question of desire, of who knew best. These humans would be left needing an answer. Would they be satisfied being God’s children or would they, like the covering angel before them, push to be their own gods?

Of course, what they did not know was that they could never be gods in their own right. What they would get from eating of the forbidden tree was exactly what it promised: a knowledge of evil and death. On behalf of their offspring, the first man and woman forfeited their calling as children of God, agents of blessing from the Creator. They would become intimately aware of evil and death and pain and suffering — things they, and the rest of creation, were never intended to experience. Sin now passed down to all humanity like a DNA mutation. Humanity helpless to overcome this fatal disease.

But all was not lost. See, there had been a plan from the beginning. One in which God’s human family would regain their rightful place in relationship with the Divine. The plan required death, but must also come through life. Humanity would be used to set things right. The past could not be changed, but the future would be about redemption. God made a promise that in the end the usurping serpent would be defeated — defeated by the offspring of the woman. The serpent was promised, “He shall bruise you on the head, and you shall bruise him on the heel.”[6] The defeat would come, but it would not be without suffering.

And so humanity suffered. Death and evil reigned — peace could not gain traction. The battle that started in heaven played out in full force on the pale blue dot in our universe. Even those who stood up to the slander of God felt the sting of pain and distrust and death. No one was unaffected.

In the midst of their crimes against themselves and God, reminders were put in place. God continued to reach out to humanity — to make connection and point the way to the Divine solution. Sacrifices of the innocent — lambs — were put in place as a reminder of the cost. Even the not-so-innocent were markers for what was to come.

A penalty and curse instituted: “If a man has committed a sin worthy of death and he is put to death, and you hang him on a tree, his corpse shall not hang all night on the tree, but you shall surely bury him on the same day (for he who is hanged is accursed of God).”[7]

No longer a bringer of life or knowledge, the tree is now a sign of shame and curses. It was a curse that in time God, himself, would take on. The only way to restore humanity was to take on the curse and break the shackles of death and evil once and for all.

And so He came. The Word that was in the beginning — that was with God and was God — became that fulfillment of Promise. The offspring of a woman — fully human and fully divine. God With Us. Savior. Jesus.

But he wasn’t what we expected. Instead of the battle plans and war humanity was used to, Jesus spent his days in service to God and humanity. He embodied the original purpose of humanity. Living out “The principle of love and service to others [which] is foundational to the well-being of creation.”[8] His mission, in part, to be a man who could put right the legacy of the first man who “introduced to this world selfishness and distrust…devastating…the order of the universe and our well-being.”[9]

He pushed for love and justice and peace. And the world, so full of hate and fear, pushed back. They pushed for the power and glory they did not deserve. They were fueled by the demonic rage and pride of the once-prominent angel who started this war — willing to fight to the death.

Only it was not about their death. Their deaths had not been a part of the plan. Their death would not result in victory. It took the death of the One from the beginning. The Creator had to be the one to be the Savior. That was the justice necessary to lead back to life.

And so Jesus did what he came to do. He served with his whole being — giving his life for a still sinful and corrupt humanity. He would be the one to hang on the tree — taking on the shame and guilt and curse for His Creation. He would set right what was lost when the first two humans gave in to distrust and disobedience — choosing the Tree over the Truth. The battle lines had shifted. We were being reclaimed by the God of Heaven.

Victory came at the cross. Sin and death defeated. Divine dominion restored. But death is not the end of the story. Because after death, came the resurrection. Proof of the victory. No longer a curse, the cross has become the Tree of Life.

God invites us to bring all of our failings, shortcomings, and sin to Him. Laying them, each day, at the foot of the cross and exchanging them for Life Everlasting. This is the Word of the Cross — the invitation to sit in the shade of the Tree of Life and trust that God is good. [10]

[1] The inspiration for this narrative sermon came after reading “What Did Jesus Accomplish on the Cross?” by Felix H. Cortez (174-189) in God’s Character and the Last Generation, edited by Jiří Moskala and John C. Peckham (Nampa, ID: Pacific Press, 2018). It was preached at the Stoneham Memorial Seventh-day Adventist Church on May 25, 2019 where I am currently pastoring. Video can be found at https://youtu.be/LqLnA65Boko.

Kristy L. Hodson (MDiv) is a licensed minister in the Southern New England Conference who has been serving the Stoneham Memorial SDA Church in Stoneham, MA since 2016. A former accountant in the radio industry, her philosophy of ministry is to walk beside individuals, allowing herself to be a conduit of the Holy Spirit, helping all those in her sphere of influence see the love of God acted out in daily service to Him and others.