The Suffering that Becomes Us

The Suffering that Becomes Us 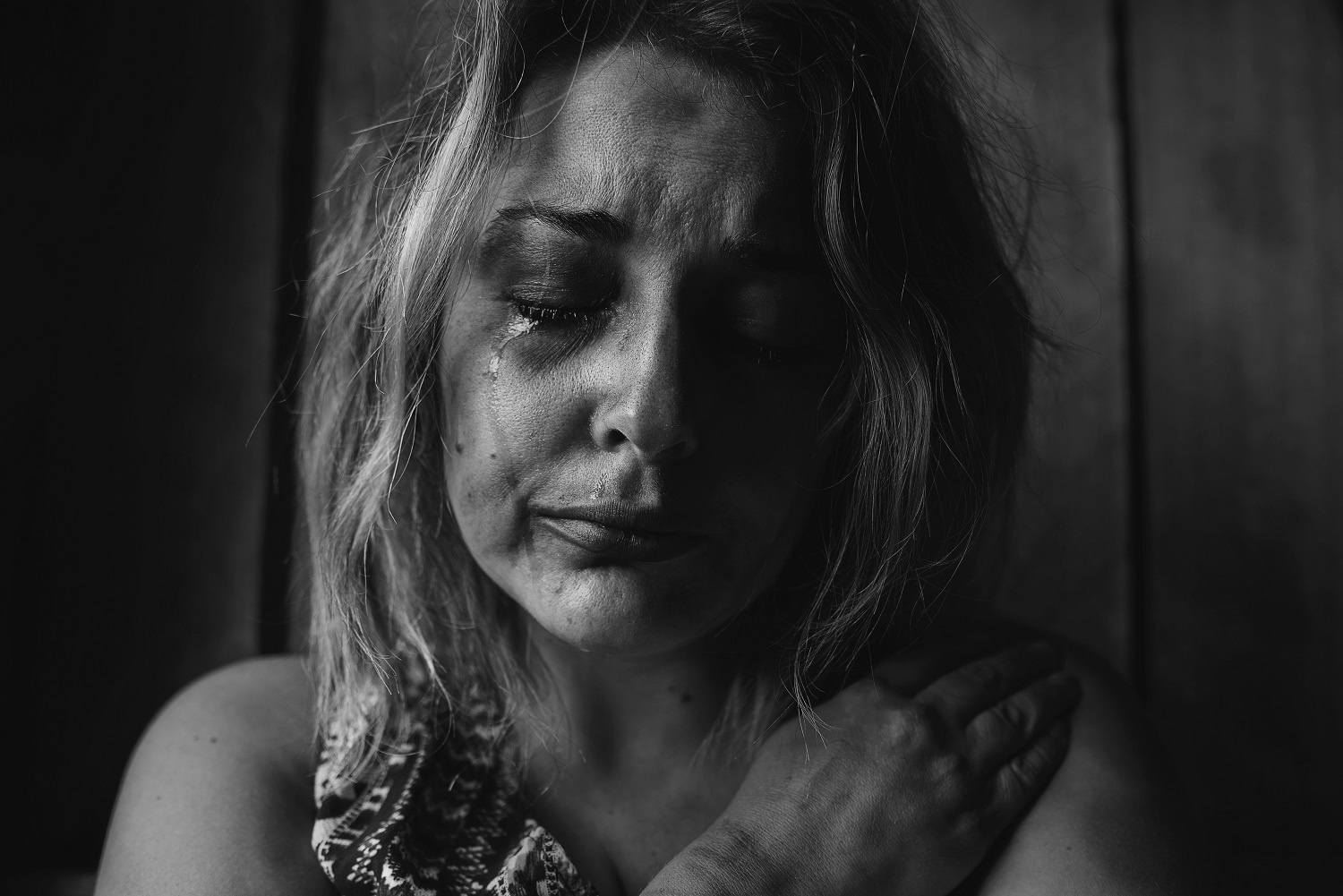 The balance of power in human relationships often turns on the contempt we feel for those who suffer. There is something in us that finds the crack in the shell, the split in the veneer, the tear in the fabric, irresistible to the touch. More dangerously, some find the weaknesses in the armor we construct around ourselves. These cracks can be wedged open and widened by those skilled in the art of humiliation — of making a person regard himself with shame and even derision. Then the humiliated stands apart from himself, seeing himself as the abuser does — as an object, not a subject — that is deserving of punishment for pretending to be that which “It” is not — a “Thou.”

In accepting humiliation, a person enters into an implicit contract with those who cause the suffering. In that moment of exquisite isolation, the humiliated one desperately seeks to belong again at all costs. A line is flung out to the drowning person, who believes that grasping it might save his life — but the price will be his soul. Jacob’s cunning tricks robbed Esau of his birthright because Esau was famished — near death’s door by his own account. The resentment and hatred unleashed by that humiliation reverberated through their family for decades.

The story of the woman caught in adultery usually appears in the Gospel of John in the eighth chapter, although in some versions it is dropped in at the end of the book. There is dispute about its authorship, but the consensus of the centuries places it within John’s message.

It is early morning in the temple. Jesus, as is his custom, has spent the night under the olive trees in the Garden of Gethsemane. He makes his way down through the quiet streets to the courts of the temple. A crowd gathers to hear him, and he sits down to teach them. Then, in a commotion of jeers and shoving, a woman is flung down on the stones in front of him. A knot of temple authorities and Pharisees stands triumphantly over her. She is on her knees, her hair disheveled, her hands trembling. It is clear that she is naked under the blanket she clutches to her.

“Teacher, this woman was caught in the very act of committing adultery,” crows one of the men triumphantly. Some in the crowd laugh and a few of the women shake their heads scornfully. Their husbands angle for a better look, but when the woman pulls her hair back from her face, several of them quickly turn away.

“Now in the law Moses commanded us to stone such women.” There is no irony evident in his tone, despite the clear omission of any condemnation of the man with whom her adultery was committed. This woman, murmur some in the crowd, is what’s wrong with society today. Women like her trap our boys. “And if I ever caught my husband with her…”

The crowd begins to stir restlessly; the promise of a stoning heats the air. The priest in charge looks around at the crowd and then at Jesus. He pauses dramatically, swelling with the knowledge that all eyes are upon him.

“Now what do you say?” He smiles and arches an eyebrow.

There it is: the Law of God up against the Son of Man. To the priests, the woman is merely useful. They’re not concerned with the man she slept with; he has been paid to slip away and keep his mouth shut. They are after a bigger prize.

What shall we say then? If we are the priests, we cannot find it in ourselves to forgive this woman. After all, it’s the Law. Obedience to the law is what keeps a society together and functioning well. Flouting the law, so clearly in evidence here, is simply courting chaos and disaster.

And it is God’s law. As religious leaders, it is our responsibility to ensure that those entrusted to our care are compliant with the commandments of God. The burden is on us to carry out the penalty if God demands it. Wouldn’t it be the height of hypocrisy to wink at so grievous a sin? And wouldn’t we be punishable if we didn’t honor God’s law? Really, we have no choice; our hands are tied. There can be no waffling, no equivocating in matters like this. To excuse such wrongdoing is to open the floodgates of sin. No, the commandment is clear: death is the penalty, and this woman was caught in the very act.

That would be the end of the story in any other time and place. But not today. Jesus bends down and writes with his finger in the dust of the temple floor. The priests are badgering him for an answer, the crowd is restive, the woman has slumped to the ground, leaning on one arm, and still Jesus writes in silence. “What do you say, Master?” demands the priest. Jesus straightens. “Let anyone among you who is without sin be the first to throw a stone at her.” And he bends down again and continues to write.

The priests slip away, beginning with the eldest. They are silent, red-faced, confused. They find themselves in a moral vortex. While they have no love for Jesus, they grudgingly admire his fluency in debate, his charisma with the people, and — truth be told — his intimate relation with God. They are people tasked with the responsibility to know the Scriptures. They know the Law and the Prophets, and they meditate on them day and night. Keeping the commandments is what God calls them to do. Keeping the peace is what the Romans demand of them. Jesus disrupts and distorts both of these; he seems to see the world through a different lens. They fear him, for encounters with him leave them with vertigo. He insists that they know God first and that love toward each other is a way of knowing God — an epistemology of love. Then what about the Law? they ask, as they slink away.

“God’s relation to the world is personal and particular,” says John Taylor in his book, The Christlike God. “He knows each thing only as a ‘thou’, and his knowing is not by cognition but by communion. Only by becoming this one man has God brought humanity in general into such communion with himself.”[2]

In the incarnation, God’s infinite openness to the human experience is echoed in our finite possibility for transcendence. Taylor offers Karl Rahner’s insight that “Human beings are creatures with an infinite horizon and, though they have become so flawed as to settle for the self-centered here and now, they still possess the instinct to reach out toward the limitlessness of God.”[3]

The woman’s accusers stole away because, having denied that infinite horizon to people such as her, they could no longer see it for themselves nor did they want to. Guilt narrows our vision, lowers our heads, confines us to our immediate steps. And they could not let it go, the priests. Having lived their lives within the circuitry of sin = punishment, they resisted the rewiring that would give her — and them — a new life.

At last, Jesus straightens up. The elders are gone, the crowd is silent. They watch Jesus and the woman without moving. “Woman,” says Jesus gently, “where are they? Has no one condemned you?” And she looks up, “No one, sir.” Jesus smiles then. “Neither do I condemn you. Go your way, and from now on do not sin again.”

This is a story about God, for having seen Jesus in action, so we see God. There is a wondrous truth that we awaken to the closer we get to that infinite horizon of new chances for life, and it is that God cannot be other than true to his nature — and his nature is only and ever that of life-giving love.

And this is a story about us, for we are that woman and we are those priests, and like them we will fall again and again, and in our falling we will condemn and lash out at those we hold some power over. Suffering will beget suffering.

But in Jesus we have a priest who was tempted as we are and more so. What he suffered in temptation we could not bear. “And what his struggles seem to have produced,” writes Rowan Williams, “was a sense of the precariousness of goodness, love and fidelity so profound and strong that no failure or error could provoke his condemnation, except the error of those legalists who could not understand that very precariousness.”[4]

He understands us, he knows us, he sees our paths, errant and erratic as they may be, and he loves us still. Through his sufferings we are healed, and in our sufferings we find common ground with those we are tempted to condemn. We may take him at his word, knowing that he will not break the bruised reed nor crush the smoldering flax.

There will come a day, an ordinary day, when we realize with a shock of gratitude that “God was in Christ reconciling the world to himself,” and as a result we have not judged, but have loved because we first were loved.