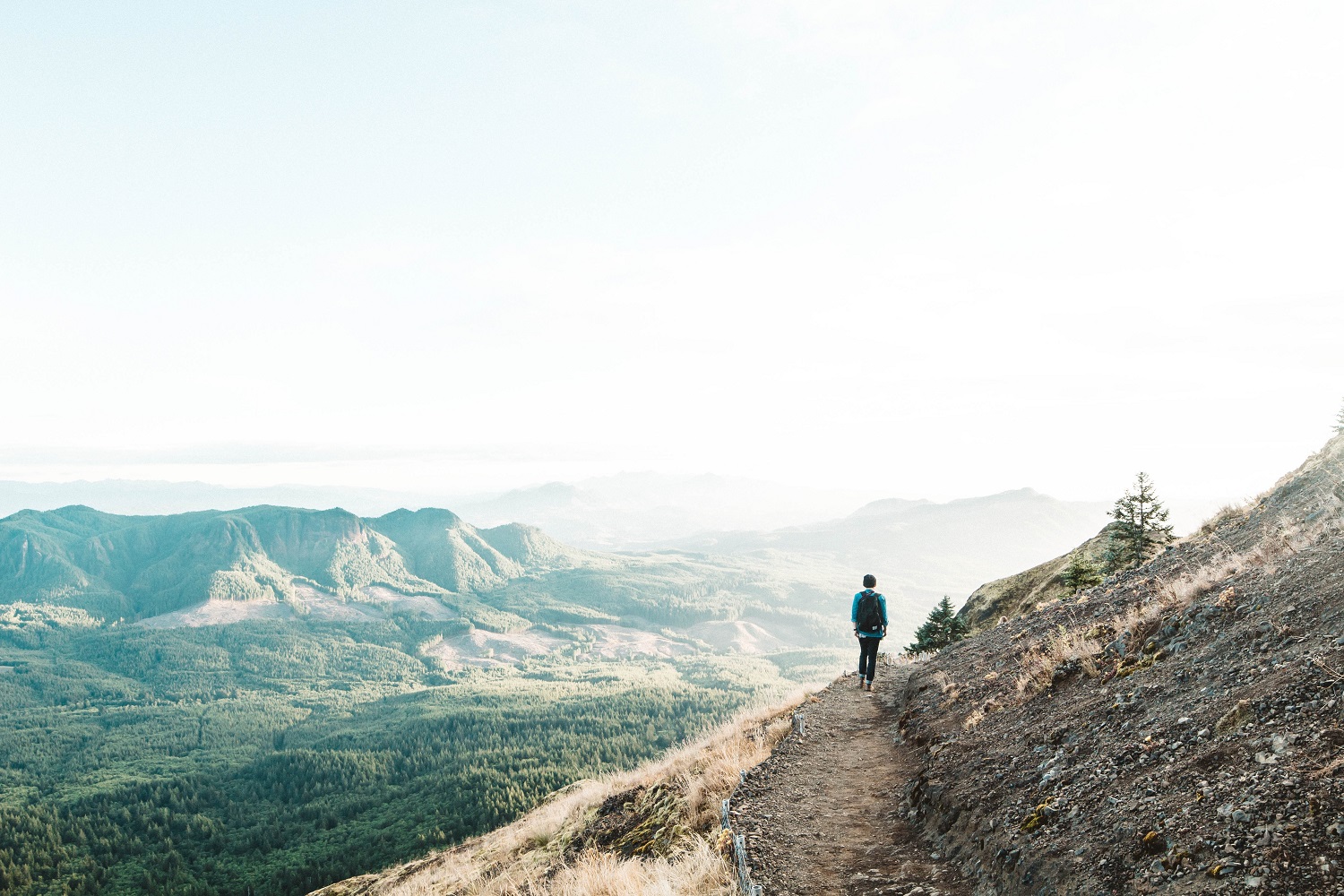 Is there a spiritual innocence that comes with age and experience or does our trusting nature diminish as our gathering knowledge increases?

I attended the American Academy of Religion/Society of Biblical Literature’s annual meeting recently, in San Diego. There were ten thousand people, maybe more, crowding the hallways, gathered in clumps, striding along the sidewalks, and holed up in restaurants and bars. The catalog of sessions for the five-day event was an inch thick, the venues included most of the hotels along East Harbor Drive, as well as the massive Convention Center.

It is daunting to remember that all of this — the sessions, the monographs, the books, the societies, interest groups, units, bylaws and constitutions, debates, discussions, arguments and extended soliloquies — all of it can be traced back to a Jewish peasant whom we wouldn’t have recognized were he to stray into the Gaslamp District of the city or wander down by the Marina. Would we see him in the faces of the homeless outside the Hilton or tip him for bussing tables at the trendiest fusion restaurants?

I stopped into a session on Liberation Theology, recalling my courses in it years ago in graduate school. It was for me back then both liberating and troubling, and I entered every class session with anticipation and adrenaline.

The liberation theologians we were studying — Gustavo Gutierrez, Rubem Alves, Leonardo Boff, Jon Sobrino, James Cone, and many others — read the Bible in ways that scorched the fair pastures of my white, middle-class, upbringing. They read the prophets as if their words were fire, the Psalms were their battle cries, the Gospels arose from the streets of the favelas and Jesus was black, and he was red and brown and yellow, and most of all, he was poor. For the first time in my life, I was seated at the back of the bus.

Now I was listening as a Jesuit priest from Dublin read a paper about his friendship with a well-known priest who had been murdered in El Salvador along with four fellow Jesuits. They were killed in the bungalow they shared near the campus they served, the priest in question having been marched out to the darkness behind the house, made to lie face down, and shot at point blank range. The soldiers who killed him and his friends had been trained, armed, and inspired by American officers, backed by the full authority of the United States government. The Dublin priest was assessing the legacy his friend had left behind, the practical methods of teaching scripture that he pioneered and the effects of the lay Bible study groups that he set up.

I allowed my imagination to be there with him, trying to feel my way into his heart and breath as the soldiers burst through the door. A young PhD student was reading from his paper now, commenting that the men had been warned the week before that they were targets. One of their group had left for another town just a day before; he had escaped for the moment. But our priest had not believed the parishioner who came to tell him he and the others would be killed. The priest did not think that soldiers would kill priests, nor did he think it was honorable to abandon his station over a threat. But the soldiers came and shot them all anyway and left their bodies to be found by others as the sun inevitably rose and people went about their business.

I slipped out as the questions began for the presenters. I was in a jumble, trying to square the polite and distanced discussion with these imaginal fragments of violence I was now carrying. Did Jesus feel fear like an icy knife between his shoulders when the temple police surrounded him in the garden? In the torchlight did he see his death in their eyes, these men who would go off shift near dawn and return to their homes? Peter had reacted instinctively, drawing blood with a glancing blow that sheared the ear off the High Priest’s servant, no doubt the only unarmed person in the mob. Jesus wryly comments that they had had plenty of opportunity to take him when he was speaking in the temple; did they really need the weapons that were bristling in their hands?

Outside our conference room, the late afternoon light sparkled on the waters of the bay and the palm trees swayed in the breeze. A festival of rap and hip-hop throbbed near the hotel entrance and the light-rail cars glided past the clanging alarms that held the crowds at the sidewalk’s edge.

Did the priest and his friends die believing that their lives had not been lived in vain? They had been boys in Ireland, wedded to the Church from an early age, marked even then by sectarian fury. When they took their vows, did they have the slightest premonition that decades hence they would seal that covenant with their own blood?

Professional conferences like this one are cornucopias of knowledge and scholarly diligence. The daily schedule runs from early morning to late in the evening. They are opportunities for graduate students to begin the process of publishing and presenting, building their resumés, and making contacts. They advance knowledge in hundreds of areas of scholarship and sustain debate and discussion across a multitude of areas of interest. At a micro level, wherever individual presenters and participants are, their subjects are for them of consuming interest. At a macro level, seen against the backdrop of global problems, they are examples of how wide the breadth of human knowledge, how curious the particulars, and how incremental the effects of their presentation.

Yet, there is pleasure in mastering a subject and joy in learning about it. Not everything need be pressed into service for immediate problems; there is room in the human experience for extension of one’s imagination and understanding. We are inspired to join our thoughts to those of the giants in our fields and to create something beautiful out of the strength of our curiosity.

Beyond the joy of discovery and the pleasure of a willed collegiality, there is the satisfaction of vocation, the recognition of answering to one’s calling. The characteristic of our times, for many people of faith, is the sense of the absence of God, but for many it is an absence that calls to us. Our vocation, our calling, is to respond with all of our being from within the places that we find ourselves. “The Christian layperson is homo liturgicus, comments Rowan Williams, “the man whose whole life is directed to God, and who thus is able to direct all that is in his world to God, ‘to be in love with all of God’s creation in order to decipher the meaning of God in everything.’”2

The student toiling away at a paper may agree that “Of making many books there is no end, and much study is a weariness of the flesh,”3 but that which is offered in honesty from the heart of one’s experience and understanding “becomes the vehicle of theophany in the world, we become transparent to God, and the light of the divine energy shining through us transfigures all things.”4

At conferences like these there are displayed a wide range of writing and speaking styles. Some are like windows: we see through to the speaker’s purpose with quickness because of the lightness and transparency of her words. Others are like walls: we must scale them to see the point far in the distance and pray we don’t fall first. “Explanations must be as simple as possible — and no simpler,” Einstein said.

To the extent that the writer’s skills of beauty, clarity, and simplicity point to the purpose — to that extent they are truthful and honest. In our time we use symbol, metaphor, “figures of speech,” as Jesus said, in order to carry our meaning through the cacophony of competing claims. The world’s greatest sages spoke their truth simply and profoundly. “Life is suffering,” said the Buddha. “I am the Way, the truth, and the life,” said Jesus.

It is greatly to be desired that the farther we travel on the Way, the more we trust the path to take us where we should be. This would mean a radical innocence, knowing the danger, yet remembering the joy that transported us as we set out on some new adventure. It will mean shedding some of our baggage on the way, learning that sense of precariousness that comes from stepping forward into empathy with others, silencing our sounding brass and our tinkling cymbals.