A Short Creation Appraisal of Women for Mother’s Day 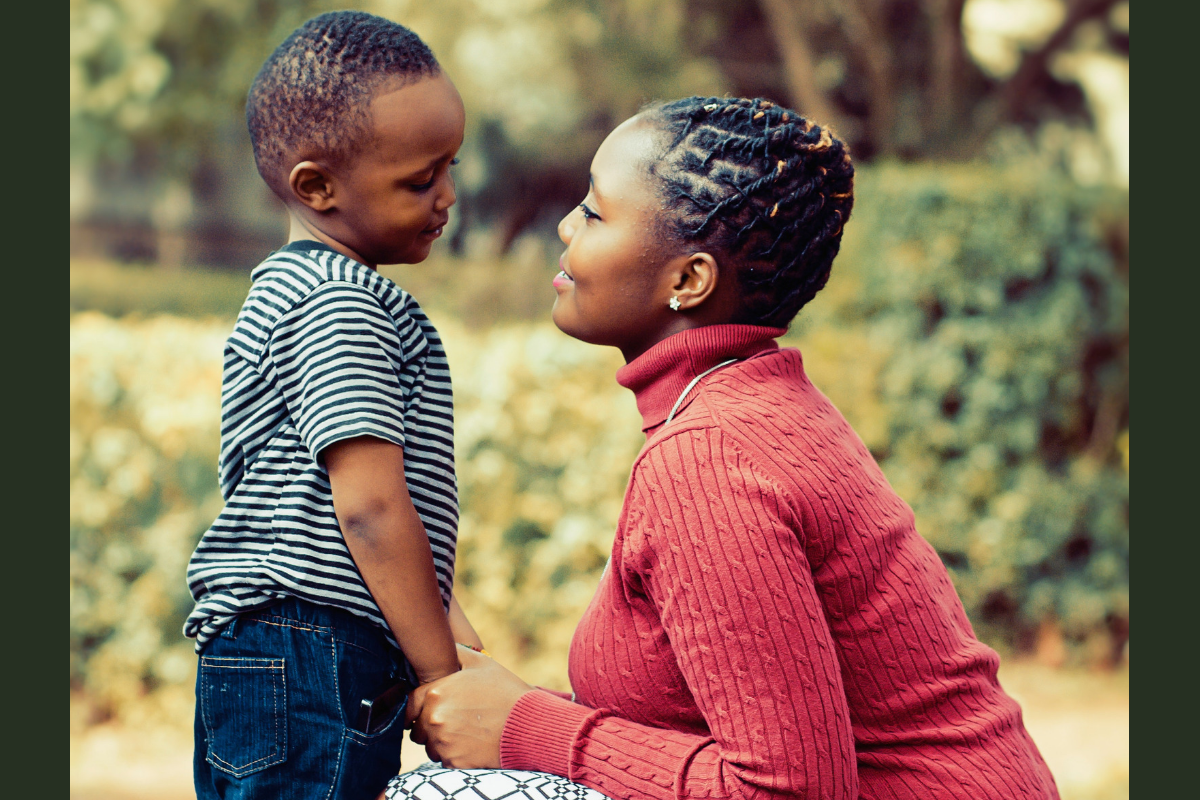 Some weeks ago, the Haitian Club at Andrews University asked me to share with them a biblical perspective on women and their appreciation in biblical theology. The occasion was women’s appreciation day (March 8) being celebrated with the club the Sabbath following. I was more than willing to contribute, not only because women are often not adequately recognized by men and general society, but also, because it’s the day of my mother’s birthday who lives an Atlantic Ocean away which makes it increasingly difficult to express my appreciation for her. The following paragraphs summarize the thoughts of my little 10 minute speech.

As a way of introduction, I want to remind all of us: each of you has a significant woman in your life. In fact, each of us is here because of this particular significant woman in our lives. Yes, there is also a man in our list of significance, but he often is not found in the pole position of our attachment ranking. Yours and my significant woman was there all the time, any time. She fed us, she warmed us, she sang for us, she told stories for us, she cleaned our dirty bottoms, dried our tears, carried our fears. She did our laundry, and for many she also brought home the necessary money for food and living. She helped us with the homework, sang with us our children songs and bible verses. Because of her guidance we learned how to read, write, and calculate. And most important, she taught us how to love and be disciplined, how to look good and be merciful.

As I am thinking of this all, I wonder: What did she not do? She suffered immensely, because she believed in you and me. She was willing to compromise her friendships, her hobbies, her emotional well-being, and her sleep (did she ever sleep?) for your and my sake.

But the awkward thing is, that we men think that we are destined to rule the world, to change it, to baptize the nations for the Lord.[1] We are called, we are utmost significant, we are the game changers, we are the apostles, we are the elders, and preachers, the priests and light bearers, the warriors of the Lord Zebaoth. Of course, to be more efficient heroes of history female support is always handy. That’s why we have women, to give us a hand, so that we can go to war and win the world.

This perspective represents the male confusion that Moses tried to address, when he was inspired by God to write the creation account in Genesis 1-2. The creation account debunks many myths. One of them is that there are many gods in this world that require our worship. People believed in the sun-god šemeš (which means both “sun” and “sun-god”)[2] or the moon-god yārēaḥ (which means both “moon” and “moon-god”)[3]. And thus, Moses does not call the moon “moon” (yārēaḥ) or the sun “sun” (yārēaḥ). If he would have done so, he would have had to use words that are identical to the names of gods. He rather opts for calling the sun "the big light" and the moon "the small light" (Genesis 1:16).[4] Sun and moon are not gods, they are just physical phenomena created by God.

But it’s not just wrong theology that is being corrected in the creation account. It’s also wrong anthropology. The idea that men are at the head of humanity and women at the bottom has been a well-cherished idea in many, if not most, cultures of human history. The doctrine of male dominance is also attacked by Genesis 1-2. Let me render some of the essential verses with a more literal translation of the Hebrew:

Explanation: to be a human being, i.e. to be an “Adam” (sg), is only possible if you are two human beings (pl). The word “Adam” can be used both as a proper name (Adam, the partner of Eve) as well as a generic name for “human being.”[5] In fact, the word is related to the word “earth” (ʾăḏāmâ, Genesis 2:7, 19), thus, a human being is an earthling (ʾāḏām) made from the earth (ʾăḏāmâ). However, earthlings only exist in co-existence (“male and female”). To be a human being means to live in the absolute necessity, in absolute dependence upon another human partner. If there is no female human being there is also not a male human being. From a male perspective, then, man is nothing, absolutely nothing; he is dead if he cannot live in the gracious presence of a woman.

18 Then the Lord God said, “It is not good that the man should be alone; I will make him a keeper/foundation/protector (ʿēzer) fit for him.” 19 Now out of the ground the Lord God had formed every beast of the field and every bird of the heavens and brought them to the man to see what he would call them. And whatever the man called every living creature, that was its name. 20 The man gave names to all livestock and to the birds of the heavens and to every beast of the field. But for Adam there was not found a keeper/foundation/protector (ʿēzer) fit for him. 21 So the Lord God brought a death similar experience (tardēmâ) over the man, and while he slept took one half (ṣēlāʿ) of his body and closed its place with flesh. 22 And the half (ṣēlāʿ) that the Lord God had taken from the man he made into a woman and brought her to the man. 23 Then the man said, “This at last is bone of my bones and flesh of my flesh; she shall be called Woman, because she was taken out of Man.”

In most of the cases the word is used in an existential context where the matter is bare survival. Moses, David, and the temple worshippers confess that without an ʿēzer they would have been dead. Thus, the creation account perceives the woman not as a handy add-on but as an existential necessity. Without her, there is also no man. The word for “half” is ṣēlāʿ. It appears 40 times in the OT. The majority of modern translations render ṣēlāʿ as “rib” only in Genesis 2:21-22. In all other cases the word is translated as either “half,” “side,” or “side chamber” (e.g. Exodus 25:12; 26:20,26-27).[8] While “rib” is not necessarily a wrong translation, the general use of the word and the particular context of Genesis 1:26-28 and Genesis 2 much more suggest that “half” or “one side” would be a more meaningful translation. In sync with Genesis 1:26-28 the following picture emerges: 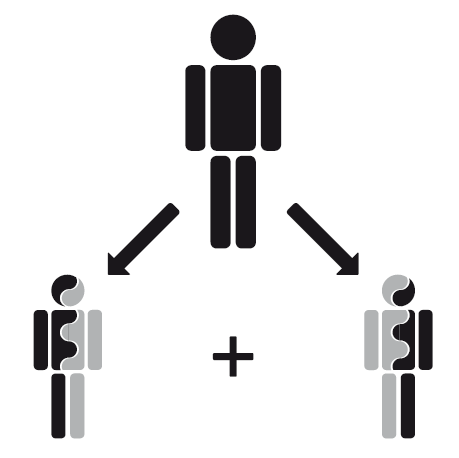 Thus, half of man’s life lives, exists, and depends on the mercy and existence of a woman. What has been stressed in Genesis 2:26-27 in abstract terms, namely, that a human being only exists in co-existence with another human being, is now underlined as anthropological truth through its material manifestation.[9] This clarifies that if women are not considered equal to men, then they should rather be considered superior than inferior to man (consider the word use of ʿēzer).[10] They are like a god that protects a man. Man’s dependence upon a woman is also emphasized by the word tardēmâ “deep sleep.” This word is not the normal word for sleep (šēnâ) but brings with it connotations of total loss of control (e.g. 1 Samuel 26:12) and even death. Although Adam does not die he will know that without the existence of his women, his destiny is non-existence.

After these few explorations it appears quite weird how we men have rendered this radical prophetic voice through our Bible translations. We have made out of a substantial “half” an insignificant part of the body, a “rib.” And out of life saving “keeper/foundation/protector” we have made a nice optional “kitchen aid,” a helper.

Guys, let’s wake up! Let’s recognize that baptism, character formation, the growth of God’s kingdom, the battles won in life primarily take place because of significant women. For those among us who call themselves men, and are preachers, teachers, and baptizers — yes, we are also important, but we should perceive ourselves rather as background music to the songs of glory that we will hear when our ladies will be received as the generals of the army of God at the great return of Christ Jesus himself.

Yes, many of us have been called to the ministry. But before you got called, God called a significant woman to do what women can do best, be a foundation, a protector, and a keeper of men. If you (note: addressing the men present at the occasion) and I are sometimes trapped in the idea that we are more significant than a woman, that our study and work is more crucial for this world’s destiny, it’s only because a significant woman allows you to live in this illusion.

[1] Many men present at the occasion were pastors, educators, missionaries, and theology students.

[2] Šemeš is both a proper name for the sun-god as well as the noun for “sun.” Thus, it is not always easy to distinguish between “sun” and “sun-god” in biblical Hebrew, general ANE literature, and the Greek epi. See R. L. Gordon, “Helios,” ed. Karel van der Toorn, Bob Becking, and Pieter W. van der Horst, Dictionary of Deities and Demons in the Bible (Leiden; Boston; Köln; Grand Rapids, MI; Cambridge: Brill; Eerdmans, 1999), 394–401.

[3] Yārēaḥ is both a proper name for the moon-god as well as the noun for “moon.” Thus, it is not always easy to distinguish between “moon” and “moon-god” in biblical Hebrew, general ANE literature, and the Greek epics. See B. B. Schmidt, “Moon,” ed. Karel van der Toorn, Bob Becking, and Pieter W. van der Horst, Dictionary of Deities and Demons in the Bible (Leiden; Boston; Köln; Grand Rapids, MI; Cambridge: Brill; Eerdmans, 1999), 585–593.

[10] Davidson makes his reader aware of Freedman’s argument “that the Hebrew word etymologically derives from the merger of two Semitic roots, ʿzr, “to save, rescue,” and gzr, “to be strong.” Davidson, Flame of Yahweh, 29 (footnote no53).

Oliver Glanz is associate professor of Old Testament at the Seventh-day Adventist Theological Seminary on the campus of Andrews University.

Main Photo by Nicholas Githiri from Pexels. In-line illustration courtesy of the author.