A Sense of Style: Beauty and the Christian Moral Life 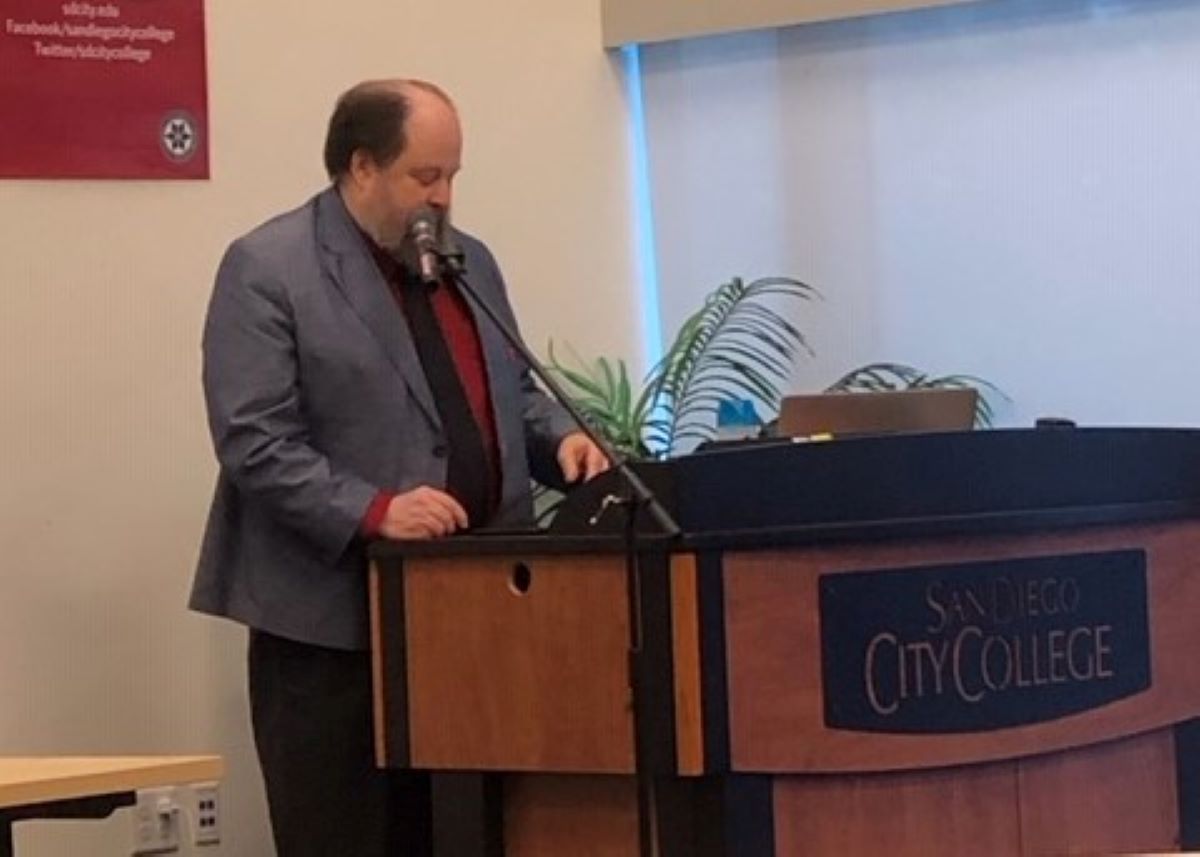 “At times, a sense of style really is everything.”

The Society of Adventist Philosophers celebrated the tenth anniversary of its founding with the inaugural offering of the James J. Londis and Family Lecture, by inviting David Bentley Hart to speak for its annual gathering, held November 21, at San Diego, in conjunction with the American Academy of Religion/Society of Biblical Literature meetings.

Hart’s presentation capped a day of papers on the topic of “Truth Matters,” an exploration, among other things, of epistemology—the study of what we can know and how we can verify it. Specifically, his paper addressed the relation of beauty to moral truth, and practically, how that relation can be expressed in our lives.

Hart is something of a gadfly in academe and is often paired in debate with opponents on topics such as capital punishment, abortion, religion and politics, and most recently, the judgment of God and universalism. His newest book, That All Shall be Saved: Heaven, Hell, and Universal Salvation (Yale University Press, 2019), posits the idea that the only rational understanding that is true to God’s character is that all will be saved.

One senses that he is a writer first, a speaker second. His sentences are of paragraph length, invested with digressions and questions, and sparkling with enough neologisms and archaic word forms that one member of the audience began a question with the remark that he had to keep a dictionary handy when reading Hart’s books. He suffers from a condition that strains his voice so that he is forced to speak softly, which made it difficult for him to be heard farther back in the high-ceilinged room at the San Diego Community College where the meetings were held.

Nevertheless, what he offered was a stimulating reflection on the connection of beauty to the moral life. He confessed in the beginning to “a deep unhappiness” with “the alienation of the ethical from the aesthetic.” He lamented the fragmentary quality of thinking on the moral life “that has reduced ethical reasoning to a state of incoherence,” and hastened to add that his unhappiness “has nothing to do with some supposed decline of morality in the arts.” In a characteristic flash of wit he stated that “all ‘moral art’ is inevitably bad, and yet all bad art is somehow deeply immoral. There is in a sense more holiness in an elegant blasphemy than in a clumsy pious platitude.”

The modern conceptual temperament, he claims, finds that the pursuit of the Good is opposed to the pursuit of the Beautiful, as if hungering after Beauty were somehow trivial by comparison to striving for the Good. Kant becomes the epitome of this conceptual reticence. The beautiful, thought Kant, could be comprehended by our cognition; the Sublime exceeded our abilities to represent it, although not our ability to enjoy it. We are powerfully drawn to the sublime, despite our limits of comprehension and expression of it, and this presents modern ethical thought with an impregnable wall. We long for the union of the beautiful and the good, aesthetics and morality, but in Kant’s system his categorical imperative’s “pitiless demand for perfect disinterest”—the requirement to examine one’s ethical actions for any trace of an impure motive, such as a calculation of reward or benefit—makes that union impossible. The result in modern ethical thought, says Hart, has been that any sense of joy in exercising one’s moral will has been extinguished.

There is, says Hart, “something poignant in how thoroughly the prejudice in favor of total disinterest condemns us to a language of the ethical devoid of any real concept of moral character.” And, he asks, “should we not want to produce persons who by nature spontaneously delight in moral goodness?” In trying to make sense of the world we are instinctively stretching toward the truth as it may be found. “Every act of thought is purposive,” says Hart. All our striving for knowledge, our rational experiences, are “from the first a moment of rapture, of ecstasy, toward ends that must be understood as . . . nothing less than the perfections of being.” In essence and in experience, “the very structure of thought is an essential relation to God as its ‘natural’ end.” We desire to know and the goal of our knowledge is to know God. According to Hart, a convert to Eastern Orthodoxy, the foundation of our knowing and willing is theosis, divinization. “The source of ethical existence is a tacit anticipation within us of coming to enjoy the bliss of the gods, and of becoming God in God.”

Central to his case about the relation of beauty to the good or moral, is that notion that beauty affects us through sheer delight, rather than through a sense of obligation. To appreciate something beautiful is to be instantly drawn to it, not as a result of grinding our way through a moral structure or cobbling together some sense of beauty based on duty. Thus, we know we are cultivating true virtue when we delight in goodness and find our joy in loving others. Our ethics and morality, says Hart, can spring from our desire and happiness in doing good because goodness springs from finding our heart’s desire in God.

With that, Hart turned to “the delicate matter of taste, whether good or bad.” Ethics, for him, is about cultivating good taste, and while taste cannot be argued about, Hart believes that our ability to recognize beauty is not simply a matter of how we were raised or our aesthetic education, “but of one’s moral aptitude for the splendor of the good.” A bad education may play a role in our inability to perceive beauty, but for Hart the beautiful has the power to attract anyone who is open to it and to move that person to spontaneous expressions of love. If we allow it, the beautiful can draw us to love.

Our experience of beauty necessarily raises the experience of judgment, “not the judgment we pass on the beauty we encounter in the world, but the judgment it passes on us.” Hart see this in the Gospels, particularly in John, where Christ is the light that has come into the world. Our reception of Christ, our ability to see him as the light, reveals us to ourselves. Even more, the allegory of judgment in Matthew 25 shows us that Christ is in the faces of those we served or ignored. “One’s failure to recognize the face of Christ . . . in the abject and oppressed, the suffering and disenfranchised, is the revelation that one has chosen hell as one’s home.” This calls us to a radical reorientation of what is beautiful: what the world scorns and oppresses is the very locus of the beauty of God in Christ. In a striking passage, Hart summarizes this vision: “It requires a cultivation of perception so capacious in its aesthetic sympathies that it can find within every concrete reality, however disfigured by sin and death, an icon of transcendent beauty.”

How is this to be accomplished? Hart offers up his singular vision which rejects “ethics” and particularly “Christian ethics,” if that means that we operate morally through “precise prescriptions and prohibitions.” Instead, he puts his trust in a sense of style, which he describes as “the cultured ability to recognize, appreciate, imitate, develop, and vary certain forms of living in this world, certain seductive fashions.” For the Christian, this necessarily entails living a life that imitates Christ’s, and by trying to capture something of his unique style, exemplified in his interaction with the woman caught in adultery in John’s Gospel.

Hart describes, with admiration and affection, Christ’s actions as “the grand character of the effortless beau geste, a nonchalant display of the special privilege belonging to those blessed few who can . . . confidently violate any given convention simply because they know how to do it with consummate and ineffably accomplished artistry.” Finding and acting in this style is difficult, of course. “Christ demonstrates how a single graceful gesture, performed with sufficient moral and aesthetic skill, can express all the dimensions of the beauty of charity.”

Goodness, says Hart in conclusion, is eternal beauty, and therein lies its power to draw us to action and draw us to Christ. “At times, a sense of style really is everything.”