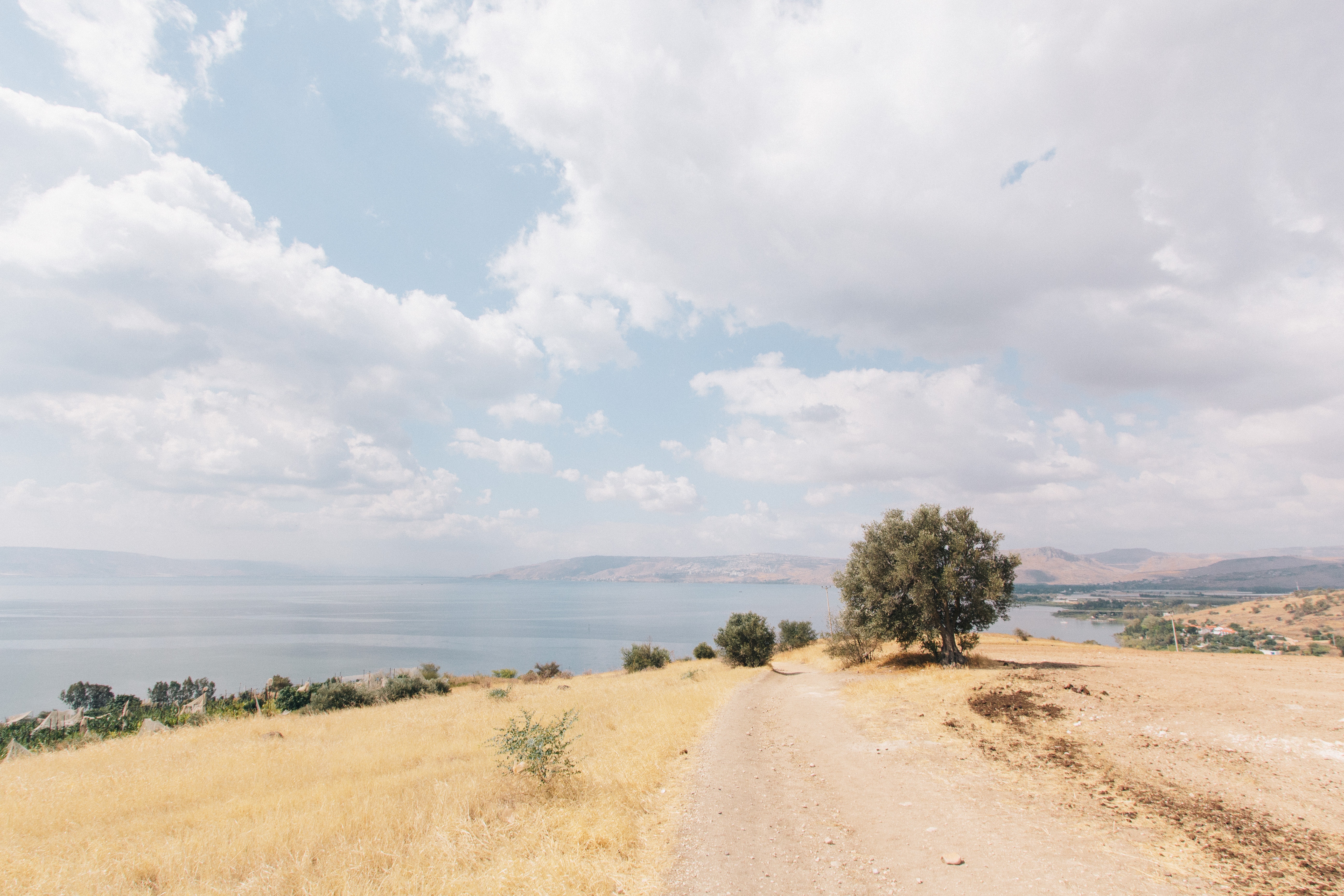 Along the northern border of Israel, near a village named Tabgha, lies the historic Mount of Beatitudes. From its peak you can see land and water touched by our Savior over 2,000 years ago. I stood near its crest, gazing down on a valley carpeted in shades of green and gold. At the foot of the valley lay the Sea of Galilee. Its ancient waters painted a sapphire blue, glimmering as the sunlight danced along the surface.

It was here, on this sacred ground, that Jesus spoke to the “multitudes” who waited to hear His Sermon on the Mount. It was here, that His message of hope, grace, and new beginnings shocked the world.

Prior to stepping onto the mountain, Jesus journeyed throughout Israel preaching the word of God, healing the sick, and offering a glimmer of hope for many who had long since given up on a better existence. News of His miracles had drifted across the land like an ocean breeze, leaving a faint taste of expectation and optimism in the hearts of many.

Scripture tells us the crowd that gathered that day came from “Galilee, the Decapolis, Jerusalem, and from beyond the Jordan.” They all came seeking the truth, and perhaps a reason to aspire for something greater in their lives.

I could imagine a tattered army of people scattered along the soft grass of the valley all the way to the Sea of Galilee. Their faces would be etched with the pain and hardships they had been forced to endure during their lives. For these people were not the rich and powerful, or the rulers of the world. These were the downtrodden who came to this place in a desperate search for a better life.

Among them would be the poor and the hungry who barely mustered the strength to move up the hillside to hear His words. There would be those ravaged by sickness and disease, whose only hope lay in the vision and redemption this Man offered. And others that society had shunned or oppressed, would be waiting for a glimpse, if only for a moment, of the life they desperately sought.

Who was this Man? Was He a prophet, or much more? The multitudes had followed Him to the Mount of Beatitudes, desperately seeking that answer.

I closed my eyes and I could see that day unfolding before me. I wonder if He began his sermon in the morning, as the sunlight shone on his face bringing out the intensity in his eyes. Perhaps there was a cool breeze flowing off the sea that day, gently rustling His hair, allowing His robe to flow and drift behind Him. I could see Him slowly climb to the top of the mountain, and as He reached the peak, the excited voices of those waiting suddenly went silent like the closing of a door.

Matthew tells us that “Jesus went up the mountain and began to teach them.” The words that He spoke are well known to us now, but the promises He made to the masses that day marked a paradigm shift in the beliefs of the people. The first century world was ruled by the strong and the swift. It was a time when the weak and the poor were enslaved by those who possessed power to govern and rule, sometimes ruthlessly and without mercy.

Yet His words shattered the perceptions and beliefs of many who saw little to aspire to, other than an end to their suffering.

“Blessed are the poor in spirit, for theirs is the kingdom of heaven.”

“Blessed are the meek, for they will inherit the earth.”

“Blessed are they who are persecuted for the sake of righteousness, for theirs is the kingdom of heaven.”

I can hear His voice carrying across the valley, like the gentle melody of a clear mountain stream. The words drift toward the sea, carried by the hand of God, so that all who had come would hear and learn. As He spoke, the crowd gasped, and looks of awe and wonder came upon their faces.

Jesus raised the bar for all of us on this day. An “eye for an eye” was replaced by a call to love your enemies and “to turn the other cheek.” He spoke of prayer, almsgiving, and forgiveness. And He challenged all who had come to hear Him, “ask, and it will be given to you. Seek and you will find.”

I hear the excited voices from the masses become louder and louder.

“Can these words be true?” One exclaimed.

“He must truly be the Messiah!” Cried another.

I watch as the mood and spirit of the crowd evolves before me. The smell of defeat and desperation that had been in the air only hours before, is dispersed in the wind, and a new sense of peace settles on the valley. There’s a gleam and intensity in their eyes as they begin to see a different future. And I can hear a faint whisper as the chains of bondage begin to crumble and fall to the earth.

As He finishes His teaching, He and his Apostles slowly descend from the mountain and the crowd steps aside creating an alleyway for Him. In the distance, I see that the early morning mist that had hovered over the horizon has lifted. I see two mountain peaks, clothed in shadows of jade, rising upward, cradling the Sea between them like a mother holding an infant. And I watch as our Lord slowly makes his way toward the water.

I begin my walk back down the mountain, feeling the pleasant warmth from the sunlight that filters through the trees. Even as the vision began to fade, I could still feel the weight and significance of what He said that day. A message that transcends time.

Though our journeys may often be rocky and steep, something greater and more magnificent than we can imagine, awaits us at the end.

Photo by Robert Bye on Unsplash