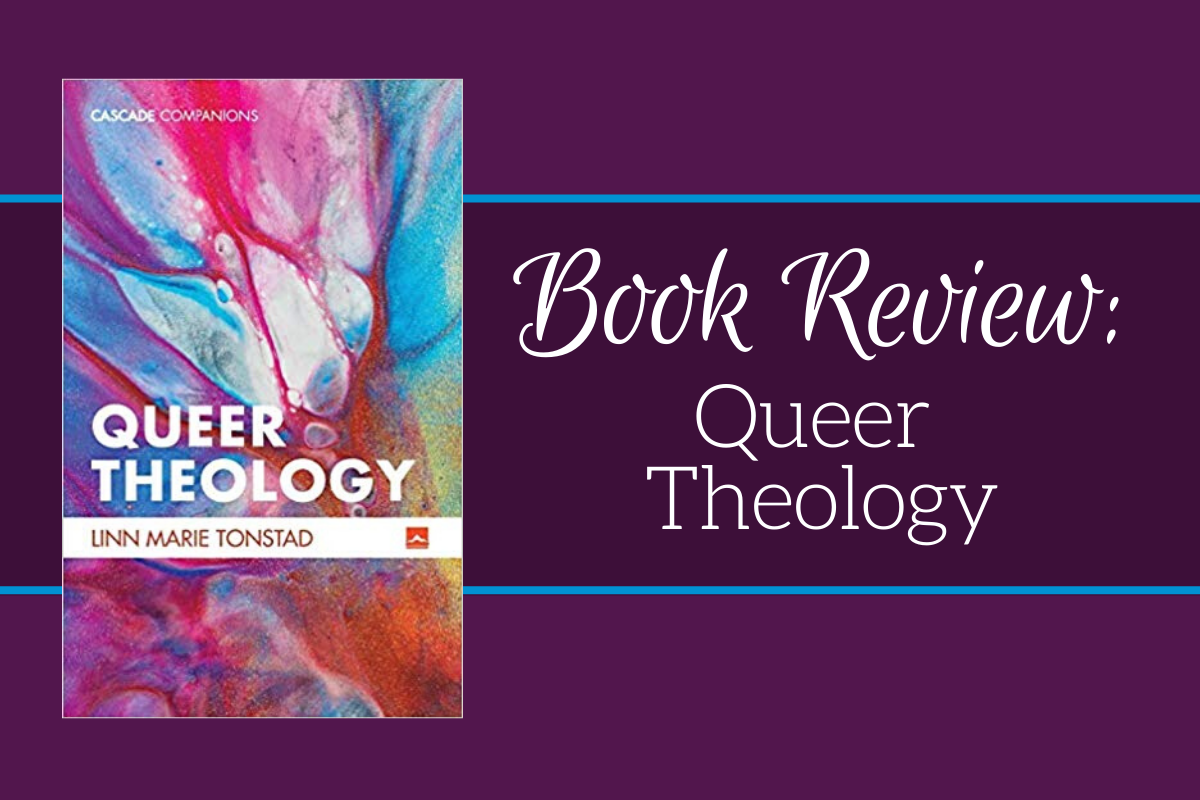 Beyond the dispensers of compact certainties, we can quietly and soberly affirm that it’s not an easy task to know the reality we live in. And religious and theological mediation unfortunately doesn’t always help. It often makes things even worse. Sometimes reality seems too distant, beyond the reach of our conceptual categories. Sometimes it seems too near, even erasing the necessary distance and perspective for a correct understanding. It’s not easy, on an individual level, to perceive the contours and specificities of who we really are as persons. It’s similarly difficult, on a social level, to understand for instance what Adventism is – religiously and culturally – in our contemporary world-scenario. And on an even larger scale, it’s daunting to try and decode our humanity to know how we should live as humans among non-human species that we have previously ignored, stigmatized, exploited and murdered.

Life has an intrinsic structural opacity that resists our attempts in clearing it up. But the paradox is that, simultaneously, we refuse to be passively overwhelmed by the complexity of these questions. Which simply expresses the entangled non-linearity of our human experience. In fact it’s our humanity, which produces the curiosity to try on answers and react creatively to our unpredictable existence, that continually challenges and breaks the automatisms of our behavior. We have always created idealized maps that allow us to try and orient ourselves in this vast and complicated landscape we call life. Nobody would ever deny the validity and necessity of these maps. We couldn’t explore life without them. It would be too demanding and devastating.

The problem is that these necessary and helpful idealized maps tend to substitute themselves over time into ideologies that can detach us from real life. This is particularly risky in strongly salvific and missionary-oriented religions and ideologies. And Adventism is one of them. A conquering and proselytizing church, like ours, can hardly allow itself to have fluid, open, experimental, or ad interim categories and maps. On the contrary, everything is supposed to be settled, clear and unambiguous – otherwise we’re afraid nobody would follow. There would be too much confusion. Mission, after our unquestionable and “inspired” Adventist hermeneutics, always overcomes confusion and immediately brings a reassuring sequence of order, discipline, clarity and progress within the community. It’s a difficult balance between what “we offer” (Mission) and a sufficient perception of “what the territory is” – a genuine confrontation with reality. This should be a primary aspirational target of our community today because it would give us a much-needed sense of rootedness in humanity. But unfortunately that’s not often the case. The naïve, reckless attitude to replace the territory with the map – real life into our Adventist idea of life – has become a chronic disorder, frequently fostered from our own leading institutions.

But today we can certainly recognize that no map can ever substitute for the real territory. What the territory represents – our humanity and its surrounding heterogeneous social context – is mandatory for any secular or religious map we advance as relevant. So a better way of becoming wise and living meaningful lives, involves relativizing and deconstructing our maps, trying to experimentally reconstruct them according to new input we get from the human territory as we experience it today. Thus we must constantly reassess the supposed validity of our ideal maps. We need to confront them with reality, not the other way around. When we instead try to accommodate the territory to our maps we unduly manipulate reality as it is, but we also deceive ourselves in creating a parallel and delusive alternative reality. This is, in my reading, the most valuable contribution of Linn Marie Tonstad’s latest book to Adventism. Her constant and persuasive call is: “go into the territory”. Only the territory can validate the relevance and value of any theological, religious or cultural ideal map.

In this, Linn Marie is a courageous thinker for at least three reasons. First, because she doesn’t escape, but rather faces the territory as it is, without any theological or cultural sublimation. At least she tries. Second, because in facing this human territory she doesn’t want to give up her faith. She explores it as a theologian. Not an ecclesio-centric but a peripatetic theologian who walks and does theology in the streets and crossroads of our current life. Where every true theologian should always be. There where wisdom walks and calls (Proverbs 8:1-3). Third, because she is not afraid of contaminating theology if that means remaining faithful to the earth, to humanity, to the body. A relevant theology is always a “contaminated” theology. Purist theology is a de facto contradiction. Contamination is the true mark of theology’s nobility and strength. It’s what incarnation is really all about. Linn Marie’s theology is thoroughly an incarnated, bodily theology.

I’ll now briefly list and comment on three characteristics she uses to specify what is the human territory we truly have to deal with.

1. Every real thing is factually queer.

Over time the word “queer” has gone through various specifications. Linn Marie discards the meaning of “queer” as oddity, choosing instead for it to mean “asymmetry”, “surplus” and “contingency”.

- “Asymmetry” because the “queer” category claims validity for the exception, that which is under or over the norm. Simply because the norm – any norm – is an ambivalent reality. It introduces order but also arbitrariness and exclusion.

- “Surplus” because “queer” is somewhat synonymous with excess, of an unexpected addition. The refreshing gift of, and unmerited, flourishing.

- “Contingency” because “queer” doesn’t obey the law of what is fixed, structurally necessary or predetermined. Queer is the thing that couldn’t be. It’s not foreseen or planned, but nevertheless is. Queer is a temporally fragile event that dares to exist. It incarnates the courage to be.

When we consider carefully these main characteristics of what “queer” can mean we suddenly perceive a surprising and strong parallelism with real life. True life manifests itself in the main stages of our existence as an asymmetric, excessive and contingent event. And theology can’t avoid becoming “queer” because it cannot afford to be detached from real life.

2. The asymmetries of a “queer” life are not necessarily pathological

According to Michel Foucault we live in a paradoxical historical season. On one side it’s a season of unlimited freedom. On the other side there has never existed such a repressive society. Ours is a “panopticon society” characterized by repressing and ordering instances, paradoxically more implicit than explicit, and coming from below rather than above. While in pre-modern times the order was static and independent of human intervention, in our contemporary societies the strong normative impulse is dynamic and man-made. It is particularly impregnated, as James Hillman notes, with a strong tendency to pathologize the normal asymmetries of life, simply because these are not functional to the efficiency and goal-oriented perspective of our productive societies. And in trying to make straight what is normally queer, the functional societies of today use theology, religion, ethics and medicine as their best and presumed-infallible allies.

Linn Marie instead incessantly reminds us that the asymmetries of queerness are not pathological but, on the contrary, are the best expression of a true life. A life that – precisely for this reason – is always slow and vulnerable.

3. The body is the best place where life and theology are assessed in their pretended truth

Why? Because the dimension of life that better resists the conquering and homogenizing obsession of an abstract rationality is precisely – the body. In fact Linn Marie goes back to Descartes because there we find the two founding strategies of Western normativism. On one side the overestimation of the ordering and rational subject (Res Cogitans), and on the other side the devaluation and neutralization of the body, reduced only to its quantitative and controllable dimension: the measure (Res Extensa).

2. The absence of a differentiated understanding of the level of Being: Genotype and Phenotype

The fact that the somatic or cultural phenotype is not determined by the genotype doesn’t mean that it’s not influenced and conditioned by it. Genotype and phenotype are different expressions of our way of Being.

3. Queerness as a distinctive trait of life itself allows various interpretations of it

Nominal Queer theology doesn’t possess a monopoly on life’s queerness. For this reason there can exist religious and cultural forms that pay serious attention to life’s queerness and nonetheless express this concern and commitment in non-queer form and language.

I doubt that all of Linn Marie’s ideas are correct. But they are certainly stimulating.

I don’t know if Adventism would ever follow her in some of her conclusions. Probably not. But I know that some of the thought-directions she opens and points to, are corrective of some Adventist biases.

We don’t need to become Queer theologians in order to be enriched by what a Queer theologian may say. But neither should we to pick up ideas from others without letting them know. Through reading we “De Facto” give life to a larger community who, in their diversity, better represent what God has in mind for us as humans.