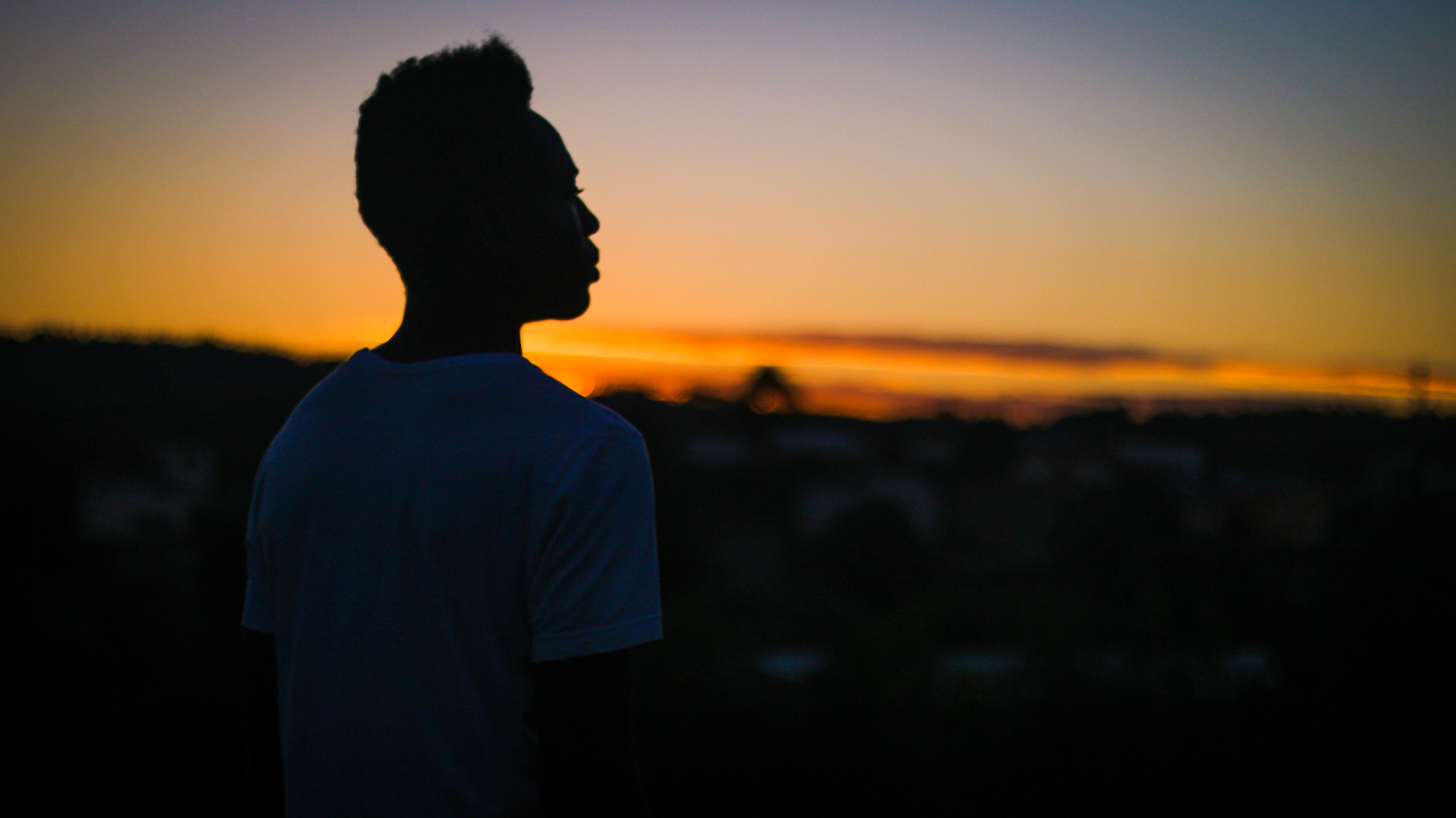 And pray, and sing, and tell old tales, and laugh…

And take upon’s the mystery of things,

As if we were God’s spies…” —Shakespeare, King Lear[1]

I am trying to take account of my life, of how I have spent my time, what I have given and received, what I have seen and not understood, what I have understood that has changed my steps. I have often had the prescience — felt more than reasoned — of a vast world surrounding us under a dome of patient silence. That world waits for us with the dignity of ancient headlands fronting the sea, less in confrontation than in invitation. At the “thin places” between our worlds one can step through, even if only for a moment, into a bracing freshness and light much to be desired.

I was driving out to church through a pack of police cars, emergency vehicles, cordoned-off areas, and press vans near the entrance to our neighborhood. When I got back, the story was all over our local news. A young man, a recent high school graduate, had been murdered. Details were sketchy, but he had been shot in the early morning hours outside his home. He was a week away from beginning university, the eldest of four boys.

The next morning, when I was returning from a walk in the woods, I met the woman — every neighborhood has one — who knows everyone and everything that happens around our streets. Every day she walks the sidewalks and lanes of our court, constantly on the phone, puffing her cigarettes. She had spent most of the previous day with the family, doing what she could to help ease their pain as relatives arrived from North Carolina and other parts.

“You heard what happened?” she asked hoarsely. I nodded. She told me of the impromptu vigil that had been held the night before, of the media asking everyone for their comments. “Don’t go visit them,” she warned. “They’re in a lot of pain.”

Somewhere, Ellen White urges us to “heed the promptings of the Holy Spirit,” or less didactically, to join the impulse to do something good. In spite of my neighbor’s well-intentioned argument, I was being prompted. The incessant shootings — not only the frequent massacres in public spaces in America, but the steady ratcheting-up of violence toward young African American men — ticked away in my head. I could picture the scene: three shots in the night, the mother recovering from back surgery, but oblivious to her pain as she flings herself down the stairs to where her son lies bleeding out. However belated, however ineffectual, perhaps I could share in that family’s suffering and in some way push back against this madness.

But then my impulse tripped over all the socio-cultural-political furniture strewn about in the living room of my generation. What presumption to suppose that an older white man could understand the accumulated grief of an African American family. What hubris to intrude upon someone’s home. What foolishness to imagine that anything I could say would bring them solace. The paralysis of second-guessing one’s motives. “I assume,” observes Erving Goffman in The Presentation of Self in Everyday Life, “that when an individual appears before others he will have many motives for trying to control the impression they receive of the situation.”[2] I could only wonder what mine were. Was it inevitable that I had any motive other than “bearing another’s burdens?”

Then I stepped through the thin place and saw things more clearly. When the particulars complicate unnecessarily, go with the universals. The universals, as I saw them, were father to father, man to man, human to human. At some level of working faith, we have to trust that the Spirit will guide our steps in humility and give us the words.

As I approached the townhouse, a boy and a young man were on the front steps. I was led inside, and the father was called to come down. We shook hands. “I am so sorry,” I said. He looked up then and his eyes moistened. He waved his hand and shook his head. “He’d come all this way, no trouble with the police, no drugs, a good boy. Going to university next week. His whole life before him.” He choked up then, as I did, and he turned toward me, tears glistening on his cheeks, and we wept on each other’s shoulders. I asked him if he had a photo of his boy. I saw a young man, bright with promise, forever held in the amber of his high school senior portrait. He thanked me for coming; I walked out into the heat and humidity of the day and exhaled.

That afternoon my wife and I went to see Blinded by the Light, a gem of an indie movie about a young British-Pakistani teenager growing up in Luton, an industrial city just north of London. Amidst the strains of being a child born in England to immigrant parents, Javed faces racial harassment from local skinheads, and misunderstanding and contempt for being a Muslim. In Margaret Thatcher’s era, with millions being laid off, coal mines closing, and the National Front on the rise, it is an anxious and discomfiting time. When his father loses his job at a factory, the burden of paying the bills falls on Javed’s mother, a seamstress. With his older sister preparing for her marriage and his father making the rounds of hiring centers with no luck, the young man is desperate to get out of Luton (and as someone who once trudged across that city in the dead of night after crossing the Channel, I can sympathize) to pursue his dreams of being a writer.

At his sixth-form college he is befriended by Roop, also the son of immigrants — and a passionate fan of Bruce Springsteen. He lends Javed two cassettes of Springsteen’s music. “Listen to them, guard them with your life,” he commands. “They’re by the Boss.” “What boss?” Javed asks, confused. “The Boss of us all,” says Roop.

And he does listen, at first with curiosity and then avidly, as Springsteen’s songs of factory workers, broken dreams, and a will to rise above it all through grit and hope surge through him. “It’s like he was speaking right to me,” Javed enthuses to Roop, who nods knowingly. They are secular psalms that reach him in the pit of his despair and raise him up. His English literature teacher asks to read his poems and journals, and through her encouragement and prodding he begins to blossom as a writer. His dream is to enter the creative writing program at Manchester University.

In one of the best scenes in the film his father asks, “Do you know why I want you to study hard?” “Umm,” responds Javed, “so I can broaden my mind, learn about the world, and be inspired to make a difference?” “No,” his father snaps. “It is to get a good job and make money.”

Springsteen’s father could not understand his son’s driving ambition to make music; Javed’s father cannot understand why his son wants to write. When Javed gets an unpaid internship at a local newspaper his father is both furious and bewildered. “Why would you work and not get paid?” he shouts. “It’s experience, Dad. It’s what I want to do.” Father and son face each other across their own desperation, the father in shame because he cannot provide for his family, the son because he wants so much to know who he is and what he can do.

“Mister I ain’t a boy, no I’m a man / And I believe in the promised land,” is the mantra that impels him onward.

“For the ones who had a notion

A notion deep inside

He wins a scholarship in a writing contest that brings him to Monmouth College for a conference, just a few miles from Asbury Park, New Jersey, where Springsteen grew up. When he and Roop return home, after a delirious tour of The Boss's hometown sites, Javed stands up at an awards ceremony at his college to read from his winning essay. But a few paragraphs in he falters, seeing his parents and his sister coming in to stand in the back of the hall. Extemporaneously, he speaks from the heart about what he’d learned from The Boss, what he was growing to be, and how much he wanted to make a bridge between the world of his father and his own rising world.

“I believe in the love that you gave me

I believe in the hope that can save me

I believe in the faith

And I pray that some day it may raise me

At the end of that day I thought about fathers and sons, about dreams deferred and hopes placed in others. I thought about our stumbling attempts to walk a straight and true path, and the burdens we place on each other from fear. I thought about Life and Art, and how they can be distinguished, but not separated. Like Javed, Springsteen’s music has brought me light and hope in dark times. It is one of the many trails to the Spirit that I have found.

And I thought of the grief of my neighbors and prayed that it could be borne until such time as they could take a breath without pain in remembering the joys of a young man who lived as if to say, “It ain't no sin to be glad you're alive.”