A Heart for Yearning 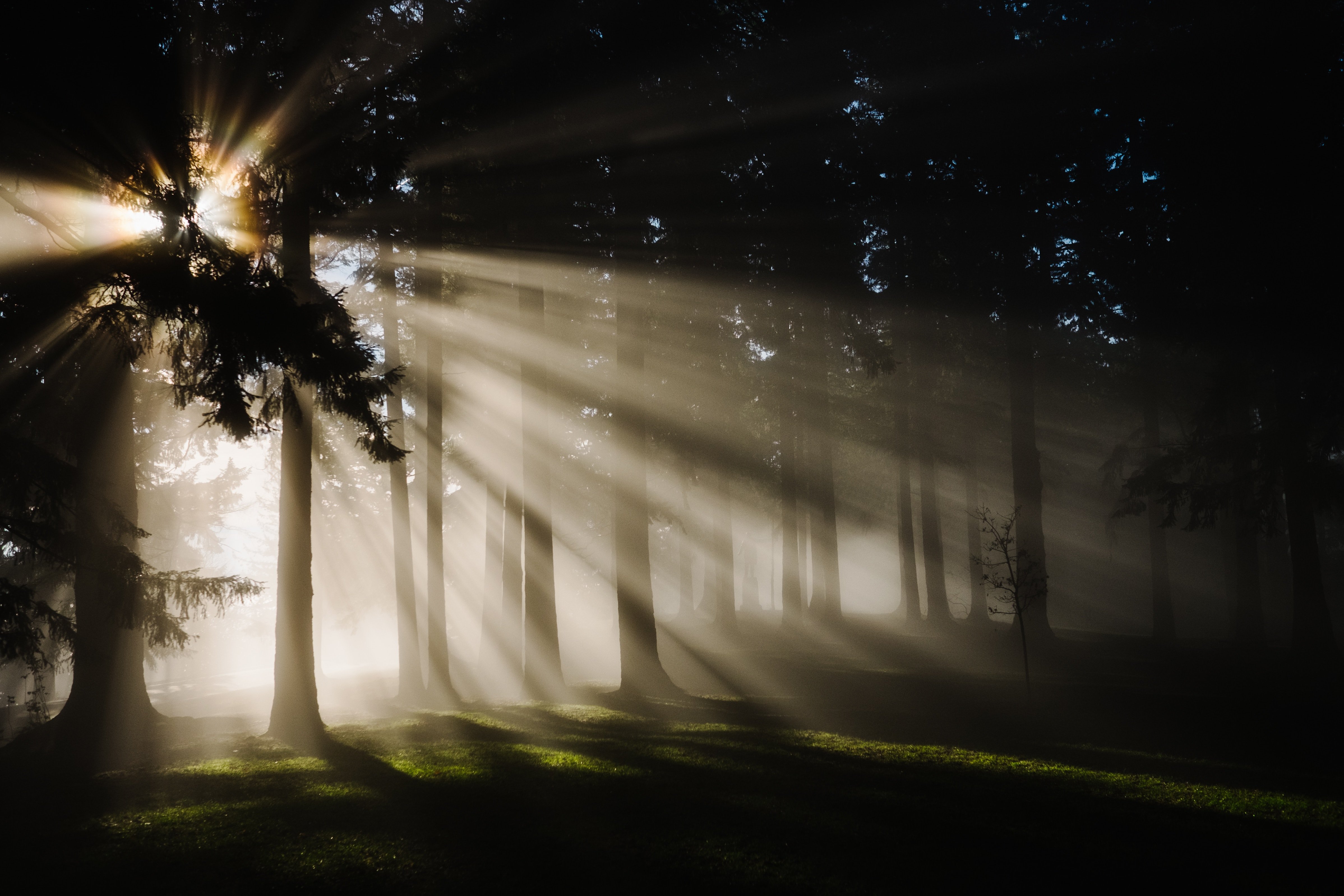 “But how very beautiful are those instants in which desire is on the verge of being satisfied.” —Jean Grenier[1]

How does one describe air: a colorless, odorless (usually) gas without which there is no life? Adequate, perhaps, but notable only in its subtractions and absences. How odd that something with weight, velocity, temperature, penetration, and mobility should be so ubiquitous and so indispensable — and yet so invisible.

Our language reveals these absences and ambiguities. “I can’t breathe!” Even reading these words, we feel our throats tighten. “Put your hands in the air!” We instinctively know where to put them — but where were they before? “He has an air about him…” We should hope so. In fact, let’s be generous and wish him the presence of many airs, not just one.

It is the marvelous capacity of our social imagination that these phrases usually bring about the desired effect and yet when we take them literally their meaning expires with a little gasp.

I struggle to describe God with any sense that I’m making sense, even to myself. I know that the letters G-O-D hold realms of meaning for many of us, but I suspect that these are inherited meanings which form an oral tradition that keeps us talking about God. If we come up dry on names for God, we need only hum a few bars of Handel’s Messiah for a full list. Those names come from Isaiah and it makes one wonder if we’ve added anything of value to the list for names and descriptions of God since the 5th century BCE. Alfred North Whitehead said in passing that everything in Western philosophy was but a footnote to Plato — an exaggeration perhaps, but one that reveals how indebted we are to our ancient masters.

“Whereof one cannot speak, thereof one must be silent,” said Ludwig Wittgenstein in his Tractatus Logico-Philosophicus. This advice, if followed, would save us from a multitude of fevers carried like a bacillus in the veins of our social media. Wittgenstein also said, “The limits of my language means the limits of my world.” This too, seems like a good word. Language expands the world we perceive, and our horizons shrivel for lack of vocabulary. “Only describe, don’t explain,” cautioned Wittengenstein. But how to describe a being whose hiddenness preserves us from extinction in that presence?

But we learn, however haltingly, by trying this and that, by speaking and hearing ourselves speaking, and by listening and speaking and going away to think. When it comes to speaking about God, I’ve done enough of it as a youth pastor, a one-time evangelist, and a teacher, to know that I wish I’d spoken less, listened more, and not been so…certain that God could be described within the limits of our language alone.

Since the Enlightenment we’ve taken “belief” to mean assent to demonstrable truth. Still, the word “faith” in the New Testament, pistis, or pisteuo, meant trust, loyalty, engagement, commitment.[2] One committed to a person, took a vow of loyalty, promised to engage. Early Christian converts went through an intensive preparation leading up to the baptismal rites performed on Easter Sunday. They fasted, prayed, attended vigils, received instruction on the basics of the gospel message. But they weren't required to believe anything before baptism. The transformative power of the ritual was first necessary; understanding the dogma came later. Experience of commitment led to belief.[3]

In the Jerusalem community after Jesus left those who loved him were still reciting the Jewish declaration of faith, “Hear, O Israel.” Listen, don’t speak, especially not the name of God. Only the high priest was allowed to say the name of God, and that was only on one day of the year, Yom Kippur, when he pleaded for the life of the people, knowing that he was touching fire.

It’s hard for some Christians to listen for God; it’s easier to speak. I cringe when I hear the name “Father God” or “Jesus” repeated mindlessly in public prayers, as if running up the number could force God’s hand. Jesus invited his disciples to pray to God, and indeed to call God, Abba, the familiar name, equivalent to “Daddy.” He also cautioned them to keep their prayers short and to pray in private. He intimated that long prayers in public were all for show and like any hypocrisy the users had their reward already.

In graduate school, studying philosophy of religion, my classmates and I took up the proofs for the existence of God. Thomas Aquinas played a starring role. Here was a man who fused the philosophical categories and reasoning methods of Aristotle with the scriptural and dogmatic propositions of Augustine, adding to it his own extraordinary powers of reasoning and expression, and forming the basis of medieval Catholic theology. Aquinas could keep six scribes busy at once, dictating to each the contents of separate books he was writing, the equivalent of a Grand Master at chess playing six opponents simultaneously.

In his Summa Theologica, Aquinas defines “God” as “that than which nothing greater can be signified, and that which exists in reality is greater than that which exists only in the intellect.”[4] It was self-evident to him that God exists. He proceeds to five proofs for the existence of God, the first being the argument from motion. God is the First Mover who is himself not moved by anything and, Aquinas says, “all men understand that this is God.”

Aquinas lived in a time when the existence of God could be vigorously disputed and stringently proven. I was impressed by his logical brilliance, somewhat envious of his unshakable certainty, but ultimately unmoved by his First Mover. My professor was fond of saying, “No one ever gave his life for the ontological argument,” a statement that could not be verified, but rang true, nonetheless.

Now we live in an era in which the arguments for the existence of God are mostly of historical interest for the philosophy of religion. They may also function as exercises in logic. But the ground has shifted under our feet and we are no longer as confident in our syllogisms and proofs. For many people, these are irrelevant arguments about a mythical being in whose name enormous atrocities have been perpetrated, and whose adherents, be they Christian, Jewish, or Muslim, are responsible for much of the injustice and suffering in the world. They are willing to hand in the ticket for their share of God’s grace and go it alone.

I believe them when they make that claim, but in turn I will not claim that I know how they feel. The mystery of evil has been, and remains, the rock that I roll up the mountain as Sisyphus. Meanwhile, I continue to pray and to sense — in ways that probably would not stand up to philosophical scrutiny — a presence in my life that I am convinced is God.

The Hebrew Bible is the record of the gradual withdrawal of God from direct human interaction. Angels, fire from heaven, visitations from God in person cease after Elijah. God appears in prophetic visions and dreams, and after Hezekiah even that avenue gradually dwindles to nothing. God is remembered through words and those words rise in strength and meaning. But God is not seen in the land.

“Our faith,” said Julian of Norwich, “is nothing else but a right understanding, and true belief, and sure trust, that with regard to our essential being we are in God, and God in us, though we do not see him.”[5]

Then comes Jesus, the Word, who reveals God with signs and wonders, who heals through the power of God and becomes the lens through which his disciples and others can see God again. But this revelation is not self-evident and most miss it entirely. God speaks only twice to Jesus in the presence of others and most who were there probably thought it was summer thunder. As Barbara Brown Taylor says in When God is Silent, “the voice of God in Jesus was not a shout. In him, the revelation of God comes to us as a whisper. In order to catch it, we must hush, lean forward, and trust that what we hear is the voice of God.”[6]

In this world and this time and this place, we trace the presence of God in hindsight through the paths we make between our memories and God’s movements. Our future in God, however wildly our faith may flicker, we can imagine as Jesus, the anticipation of hope fulfilled.

In our wordless desire for God we are already in God’s presence.