The Gymnasium for Underused Imaginations 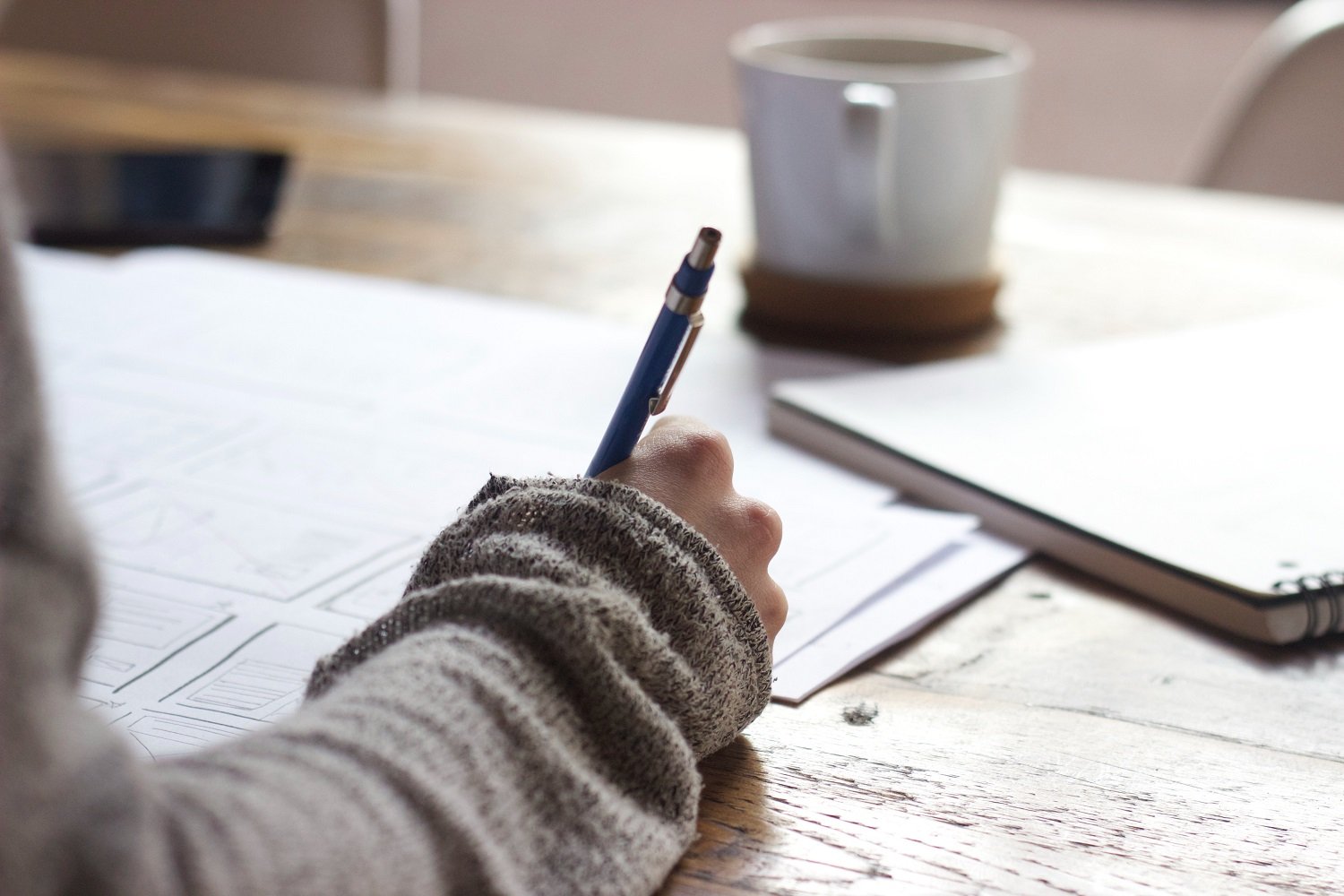 “At its best, the sensation of writing is that of any unmerited grace. It is handed to you, but only if you look for it.”1

I suppose I write about the need for imagination so often because I’m never confident that I have enough to see me through to the end of the sentence I have begun. All writing is a movement of discovery, never more so than when we are diving into the waters of memory and hope, the springs which feed my need to write.

When I was growing up with my grandparents, inveterate readers themselves, I was encouraged to read early and often. They weren’t keen on comic books, however, so I grew up without those, and we didn’t have a television until I was in high school — and then only for 60 Minutes and National Geographic specials. They were also suspicious of most fiction, seeing “made up” stories as a distraction from soul-building and a waste of time. An exception was made for poetry, however, and I darted through that doorway to the Victorian and Romantic poets first, and then to Frost, Poe, and many others in The Pocket Book of Modern Verse and Immortal Poems.

But I read a lot of fiction anyway behind closed doors. I read indiscriminately; not deeply, but enough that I had the beginnings of a reservoir of the Western canon to draw from as I wrote through high school and college.

Reading Hemingway, Faulkner, Tolstoy, Gardner, Vonnegut, Bellow, and others widened the limits of what was possible for me to imagine. It seemed the most wonderful thing to see a character in one’s mind and to follow that person through the moments of her life. The creation of such a character and the growing sense of one’s faith seemed like parallel paths, each asking for the next step to be taken without certainty, but rather with the allure of possibilities.

Annie Dillard’s fierce call to writers is to spend everything they’ve got every time they write. “Examine all things intensely and relentlessly,” she writes. “Do not leave it… Follow it down until you see it in the mystery of its own specificity and strength.”2

In the same way, I see the writing life as parallel to the life of faith. Both demand a concentrated intensity, both may be directed to the transcendent, both require the discipline to follow the truth where it may lead. And I can testify that to write is an exercise of one’s faith, especially when the next word seems far over the horizon.

I am recalling this now while realizing that retrieval of such memories brings them back to life from a state of suspended animation. Most of what we need from the past seems to seep into our consciousness unacknowledged. When we do summon a particular name or place or event, we are — okay, I am — often left only with a dim outline of its shape, bereft of color and detail, waiting to be filled in later. Or to change the analogy: I am standing on the station platform waiting impatiently for the train to arrive — which it does — but only after I have driven out of the parking lot.

Given all this, it’s no wonder that much of my life seems fragmentary and elusive to the touch. Tracing one of many paths of personal experience from then until now is like trying to drive the Pacific Coast Highway after an earthquake. Still, I am learning to cherish these fragments. I can dump them out of the bag I carry, spread them out in front of me, and move them around.

It is in this retrofitting that I begin to see the workings of grace in my life. Looking back, lines of fracture, moments of dislocation, the upthrust of forces beyond my control — all these begin to coalesce into something colorful and lively, as a crazy-quilt pattern begins to emerge. What I thought was tragedy now looks like comedy, and what seemed mundane is seen for the change agent it was. God took the chaos and gave it order. In retrospect, mere existence quickened at liminal points into genuine life.

August Strindberg, the Swedish playwright, thought of the characters in his plays as souls which are “agglomerations of past and present cultures, scraps from books and newspapers, fragments of humanity, torn shreds of once-fine clothing that has become rags, in just the way that a human soul is patched together.”3

This is certainly true for me; I have been on a life-long quest to understand how the selves that we are become the true self that Jesus so urgently warned us we could lose. Can we recognize what God is doing?

Honesty with oneself is paramount. Mary Karr, in her wonderful book, The Art of Memoir, remarks, “A memoirist forging false tales to support his more comfortable notions — never learns who he is. He’s missing the personal liberation that comes from the examined life.”4

Faith, like personal writing, asks us to plumb the depths of our character, diving deep to find the sources of our fear, our hope, the accumulated awareness of who we are so far. From these we give voice — our testimony, if you like — to what we have experienced. Mary Karr again: “Voice isn’t just a manner of talking. It’s an operative mindset and way of perceiving that naturally stems from feeling oneself alive inside the past. That’s why self-awareness is so key.”5

We are asked, in the community of faith, to give an account of the “hope that is within us,” an exercise that arises in the moment, but draws on our submerged self-identity. That we are willing to do so does not mean that we are immune from fooling ourselves in the telling. “The trick to fashioning a deeper, truer voice,” advises Karr, “involves understanding how you might misperceive as you go along; thus looking at things more than one way. The goal of a voice is to speak not with objective authority but with subjective curiosity.”6

Jill Kerr Conway, the author of two outstanding memoirs about leaving Australia and settling in America, writes that “What’s difficult and exhausting about writing as honest a memoir as you can, I think, is going back as a historian and, instead of just weltering in all those emotions, trying to think, ‘Why did it happen that way? What was really going on?’”7

“The unexamined life,” said Socrates, “is not worth living,” a measure of the importance he placed on self-reflection. To this I would add, “The unlived life is not worth examining,” and from there, gather the courage to say with the Psalmist, “Search me, O God, and know my heart; test me and know my thoughts. See if there is any wicked way in me, and lead me in the way everlasting.”8

I have thought that some were born with imagination and others were not. Think of Tolkien, Dostoevsky, Ray Bradbury, Bob Dylan, Leonard Cohen, and Toni Morrison. Or Dante, Homer, Isaiah, and the Apostle John. These are people who spun up whole worlds, languages, cultures, and characters as they were moved to do so through their imaginations stimulated by the Spirit.

Their native talent is undeniable; there are good reasons for admiring them as artists and cherishing their works. But now I think that imagination is a virtue, something that must be practiced until it becomes second nature, a la Aristotle. Thus, the difference between these artistic exemplars and the rest of us may be one of degree, rather than kind.

Now I think that faith and imagination have a lot in common. There is enough overlap between them that comparisons can be made, and territory explored. Faith is a gift from God, but the seed of imagination is in all of us. Faith is not certainty, or it would not be a risk; imagination, too, builds the path it is traveling. Both must be practiced in order to be real, and while “practice makes perfect” is not the point for either one, both must be exercised to have any effect.

Mark Oakley, Anglican priest, Dean of St. John’s College in Cambridge, England, and the author of books I return to often, believes that the Church can learn from theatre. He quotes Benedict Nightingale, who calls plays “the gymnasium for underused imaginations.” Oakley suggests this is a felicitous metaphor for the Church in the world. “Both are committed to heightened perception,” he says. Both the Church and the theatre are focused on the horizon of the world, but the Church wants to tilt that horizon toward the vertical. “It then transforms into a channel between the sacred and the human…”9

In this season of Advent, in these days leading up to the wonder of incarnation, with all its tragic beauty and humble beginnings, more than ever we need imagination and faith to speak and to write of the One who brings life out of death and beauty out of pain.