The Getting of Wisdom

The Getting of Wisdom 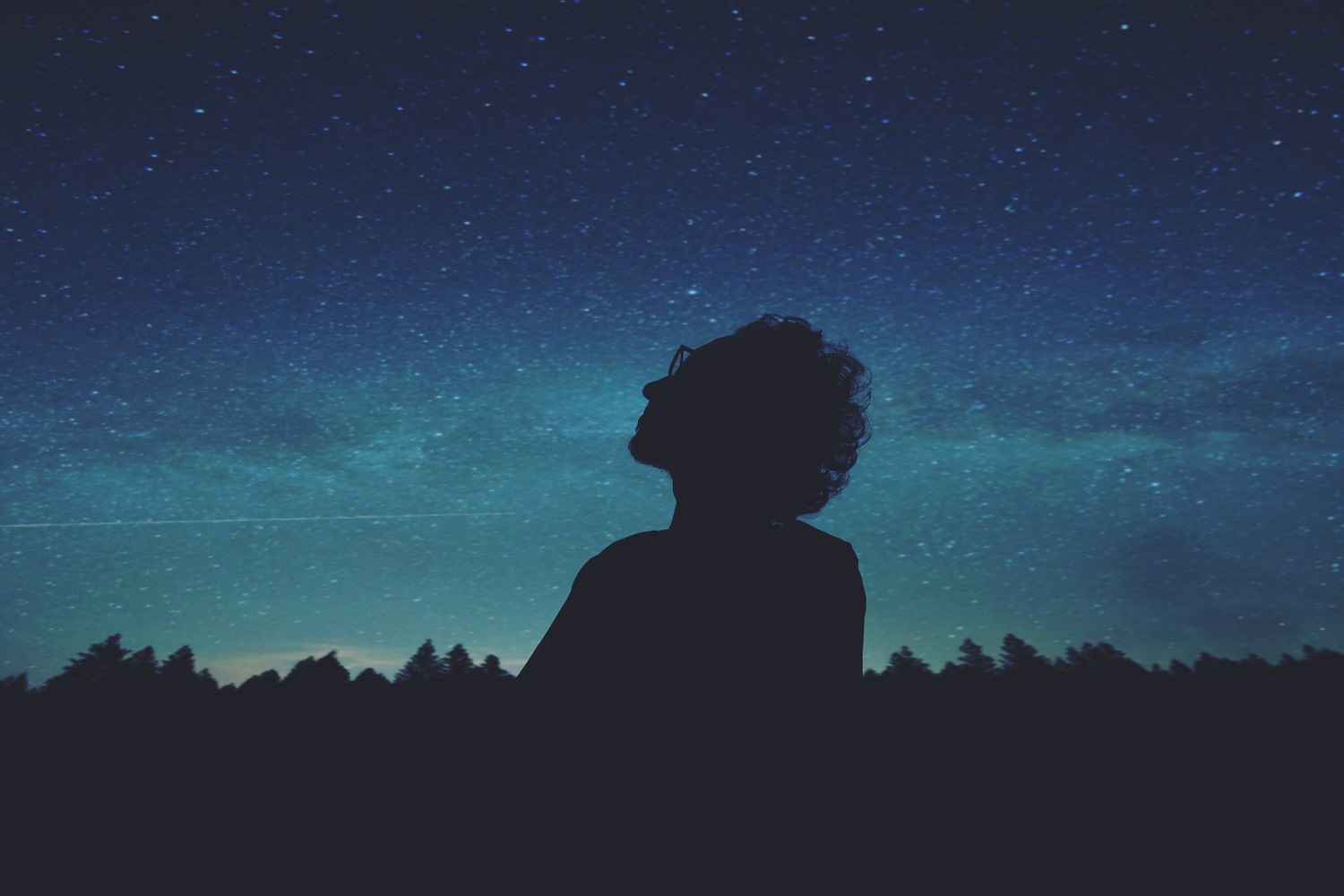 ”These are but the fringes of his power and how faint the whisper that we hear of him! —Job 26:14 (Revised English Bible)

I had just delivered a lecture to my class in Twentieth-Century Theology and conducted a discussion on Jesus’ cry from the cross of his forsakenness by God. It was my view that Jesus felt his abandonment at the very core of his being, and that far from being an example of faithlessness on his part it reflected, to a depth we can hardly comprehend, the trust he had placed in God. I had quoted several major twentieth-century theologians and noted the origins of their thought as well as the conclusions they had come to. As the class ended, an enraged senior theology major approached me. “You are thinking man’s thoughts!” he hissed. “I stand on the Word of God alone, not on man’s thoughts.”

I was taken aback. Rather curtly, I replied, “But I am a man; how else am I supposed to think?” It was my first year teaching theology and I had made the fundamental error of new teachers in assuming that my students held the associations, assumptions, and inferences that I did. My conclusions were not theirs. In fact, as I thought about it later, their assumptions, grafted into their young trunks without their awareness, were those I had given up for other starting points.

But it was not my place to jerk them out of their seats, grab them by the neck, and force them to their knees in order to submit to my truth.

My truth, as I was coming to understand, was not even the Truth, but a version of a truth I was growing into and, actually, it was not a singular truth but plural truths that branched and leafed and grew in all directions away from each other, yet were tied to a stem that flourished from a root that was planted with a desire to know Jesus, and through him, to know God. How simple it all seemed to me!

“Wisdom is the principal thing; therefore get wisdom: and with all thy getting get understanding.” —Proverbs 4:7

Reading through the book of Proverbs feels like threading beads of many sizes on a string. Clearly, it’s a compilation of sayings built up over centuries, practical wisdom tested every day and handed on through the generations. You can almost hear the “Uh-huh” after each one.

Some patterns begin to emerge. The character of the wise person is one who is thrifty, hardworking, honest and fair, does not despise the poor, but also does not fall into the indolence that leads to poverty. Such persons respect their parents, obey the king, worship God, and know their place in the social and divine order. That order can be shaken up when people get above themselves:

Under three things the earth trembles;

under four it cannot bear up;

a slave when he becomes king,

and a fool when glutted with food;

an unloved woman when she gets

and a maid when she succeeds her mistress.

Wisdom is correlated with insight or understanding in a way that suggests mutual dependency. Both can be admired independently, but neither achieves its end without the other. Ground coffee smells wonderful and a French press is a handy gadget, but either one alone isn't worth much.

Wisdom is often ascribed to the old — all that experience counting for something beyond mere knowledge. It isn’t chronologically assured though, since an old fool is no better than a young one — in fact, worse — because a young fool can change, but an old fool…not so much. The young are inevitably foolish, lacking both the ability to see around corners and the experience to anticipate what they can’t yet see. Hence the need for Proverbs. But we older fools must look elsewhere.

Perhaps wisdom in this form is overrated. Proverbs is most often cast as a father’s advice to his young and ambitious sons. Wisdom is following the commandments; the opposite of wisdom is following a loose woman home. Wisdom is avoiding drink, getting up early, and taking care of business. Check your anger, submit to discipline, don’t be insolent. Wisdom brings long life and satisfaction in its train, for the righteous will be prosperous while the sinners will die in poverty and ignorance. The quick takeaway on wisdom, according to the adults I knew as a child, could be reduced to the notion that it was smart to obey your elders.

There’s much to be said in favor of this; wisdom like this keeps the streets clean and peaceful, employment up, crime down, and business humming, families intact and social roles clear. But this is prudence, not wisdom of the sort that would cause one to sacrifice everything for the “pearl of great price.” It is not the love of wisdom, personified throughout the ages as Sophia and revered as the Spirit of God.

Harvey Cox’s The Secular City (1965) intrigued me in high school. My curiosity was triggered by Time Magazine’s infamous April 8, 1966 “Is God Dead?” cover story. Cox predicted the waning of religion in America, something which has not happened. But of more interest to me was his discussion of the roots of secularity and its history as a social phenomenon and a counterfoil to religion. I found the distinction between the sacred and the secular puzzling — were they opposed? Were they complementary? Did we have to choose between them? Could we keep them together? I was struggling to work out a way to be a Christian and to “be in the world.” The thing to avoid, as I saw it then, was being “of the world,” which, in my naïveté, meant my address should be Heaven — and not this world.

I wanted to be someone who could appreciate the beauties of the natural world, as well as the best of art, literature, music, science, and philosophy. Over against that was the imperative of fulfilling the mission to make all people Christ’s disciples — which, in practical terms, usually meant bringing other Christians into our fold. In my case, as a teacher of religion in a denominational college, there was an explicit expectation to keep the ones we had untainted by the world.

I hoped I could find a way to live through a humanized Christianity that unashamedly sought transcendence from within and through this deeply flawed but wonderful world. There was no simple solution to this, of course, “but the waking mind,” as Seamus Heaney says, “desires constantly some clarified allegiance, without complication or ambivalence.”[1]

My search is that of anyone who seeks a meaningful life. I don’t want a theocracy nor could I live within a joyless ideology, political or otherwise, that seeps bitterness. Neither would I want a self-indulgent form of religious hedonism that placed my comfort at the center of the universe. To speak in the language of the parables, I wish to be salt and light to the world.

Even that has its traps if we delude ourselves into thinking we’re indispensable or that we’re somehow owed special favors because of our membership in the church or our self-designation as followers of Christ.

For many years I taught courses in ethics: bioethics, communication ethics, public relations ethics, journalism ethics, business ethics, theoretical ethics, Christian ethics. Ethics as a discipline has been sliced and diced into a thousand pieces, every field claiming a particular slant of the light all its own. This proliferation has been driven by a belated recognition that moral values are both good business and should be at the heart of human endeavor. Curricula are developed that offer a feast of courses, each of them claiming their own vocabulary and featuring specialized case studies. These courses become islands of power for their departments and their instructors. Textbook publishers readily oblige, offering expensively updated books every year or so.

Nevertheless, I enjoyed teaching, especially when discussions with students got beyond their reflexive relativism (“Who’s to say what’s right or wrong? Who are you to judge?”) to an informed and thoughtful reflection on their own moral and spiritual discoveries. At those times, the burden of being expected to provide the answers to moral dilemmas eased and I could feel that the students and I were fellow travelers. I could give them historical ethical models of how humans have wrestled with these common dilemmas and then they could try them out for themselves. These were not formulas with a right answer; they were ways to think practically about complex human actions, using fairly simple methods.

At the heart of learning is the answering of a call, vocare in Latin, a vocation that lures us onward no matter what the discipline. The calling is from God, God as Subject, calling to us as subjects in a world of objects. There is freedom in the realization that in God’s eyes we are subjects worthy to be loved and to be listened to. “How things are between man and his idea of the Divinity determines everything in his life, the quality and connectedness of every feeling and thought, and the meaning of every action,” remarked the poet Ted Hughes.[2]

What we know of God is what he has chosen to make known to us. In spite of our limitations, we have spoken in myriad languages, during thousands of years, of the One who calls us to rejoice in our search for transcendence.

In the fullness of time (a felicitous phrase), God enfleshed his Word, that Word which had first been spoken and then reverberated down through the millennia. It appeared among us as Immanuel, God-become-human.

I am more and more convinced that Jesus in Word and Spirit is everything we can know of God. This learning is the deep quest of our lives. Out of the secular, the mundane, the earthly we form the sacral and lift it to God. Music, art, literature, science, history — even religion — all of this, if we allow it, points beyond itself to a transcendence that calls to the deepest part of us. There is in each of us a homing device for the Garden, for a place and time that is open-ended, fully satisfying, never finished nor complete, ever new.

“How faint the whisper that we hear of him!” marvels Job of God. And yet the consciousness of God fills Job’s spirit and thoughts, first, in the argument he would take up with God and then in the knowledge that everything is, finally, within God’s embrace — the universe, the world, and us.

If I were to encounter that irate student today, with his claim to speak the mind of God, I would say, “Thank you for the vote of confidence! As one of my friends says, ‘I know more and more about less and less.’ But I know that someday I shall know as I am known. Perhaps that is the beginning of wisdom.”