A ‘Friend's’ View of Adventists and Military Service: Biblical, Historical, and Ethical Perspectives

A ‘Friend's’ View of Adventists and Military Service: Biblical, Historical, and Ethical Perspectives 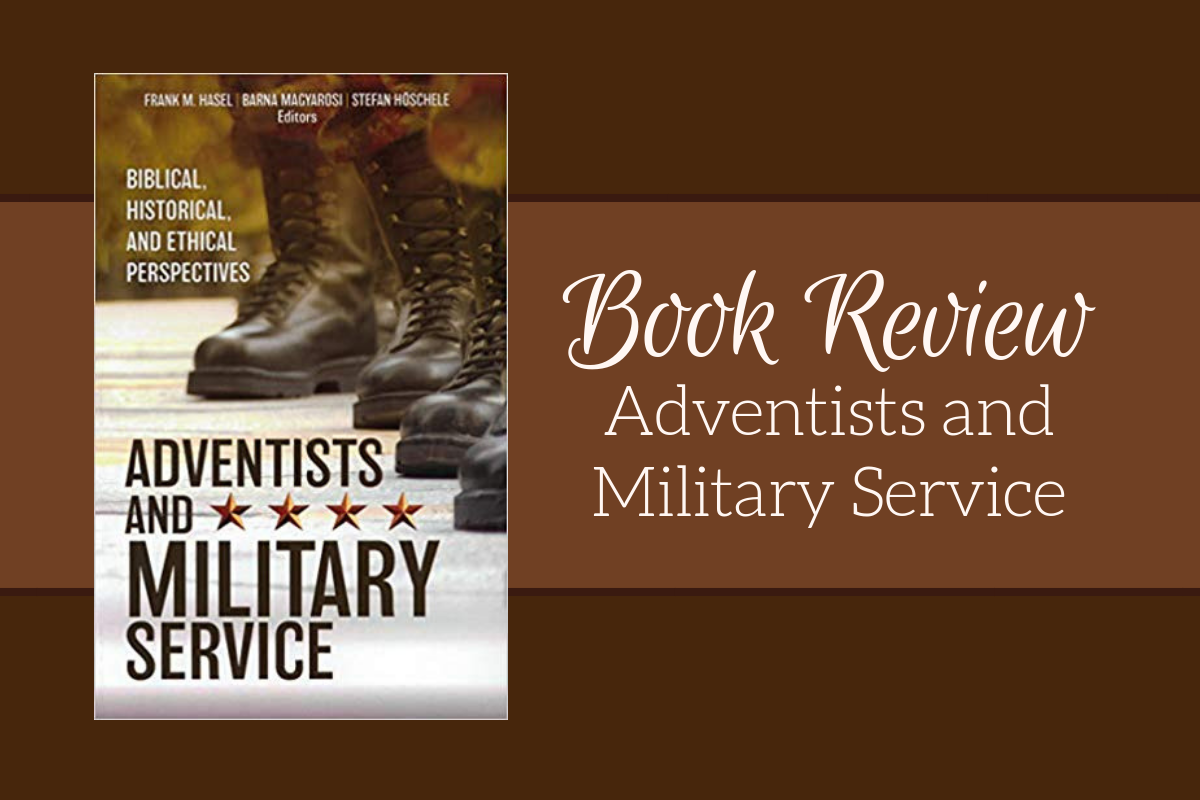 Seeing ourselves as others see us is not always easy. Even at a recent conference on Adventists and Military Service, men, and it was mostly men, cordially differed on the value, ethics, and efficacy of Adventist involvement in the military, including in chaplaincy.

This highlights the real value of a recently published book reflecting on lessons learnt in the 100 years since World War I. Adventists and Military Service: Biblical, Historical, and Ethical Perspectives is an initiative of the Inter-European Division Biblical Research Committee. With a diversity of styles, it leads readers through an analysis of war and violence in the Old Testament, significant passages in the New Testament, then various practical, historical, and ethical issues that any Christian considering joining the military should first consider.

The book is primarily written for a Seventh-day Adventist audience, yet has research that is relevant to the larger Christian community.

Simon Colbeck is a member of The Society of Friends (Quakers) but has connected with Adventists on the issue of Conscientious Objectors in World War I. He lectures in schools and public venues on issues of war and pacifism, and has published two documentary films on Quakers and WWI, the initial one, Watford’s Quiet Heroes looking at the potentially deadly risks and challenges of being a Conscientious Objector.

“I'm impressed by the thorough analysis of scriptural references and the strongly pacifist advocacy of the writers,” Colbeck states, noting that “the rooting of pacifism in Christianity is enhanced by this kind of study.”

Colbeck was particularly impressed by Kwabena Donkor’s chapter on Ethnicity and Ethnocentricity. Writing from his own Christian heritage, he stated, “Quakers have a dubious history of both ‘Christian Imperialism’ and campaigning against slavery without much wanting freed slaves to become Quakers.”

Donker writes from a strongly African perspective bringing a richness to a book, which is otherwise written more from the context of European culture and experience. That perspective allows him to reflect on the very troubling issues surrounding the catastrophic genocide in Rwanda when, for too many, tribal allegiance took precedence over faith, resulting in brother killing Adventist brother.

Such historical and ethical issues brought to Colbeck’s mind the words of one prominent Quaker, Alfred Salter, a doctor who later became a Labour MP. He argued, mostly in vain, for Christian Pacifism in September 1914:

Look! Christ in khaki, out in France thrusting his bayonet into the body of a German workman. See! The Son of God with a machine gun, ambushing a column of German infantry, catching them unawares in a lane and mowing them down in their helplessness. Hark! The Man of Sorrows in a cavalry charge, cutting, hacking, thrusting, cheering. No! No! That picture is an impossible one and we all know it!

Colbeck also appreciated the book’s overview of the evolution of ‘just war theory’ which, he said, “was informative and consistent with my understanding.”

That does not mean the book is without fault! Some of the historical reflection, particularly on WWI appears narrowed to countries largely within the Inter-European Division and might have benefited from more research across a wider variety of experience. Written within an Adventist context, there might also have been a bit more rigor, particularly in the New Testament chapter, in footnoting to more historical/theological sources outside of Adventism’s recognized figures. That might give it a higher standing to those reading from outside of the Adventist faith.

Colbeck also notes another gentle criticism: “I was curious about the absence of much discussion on the causes of war and how these are addressed in the way Adventists see Christian witness in relation to social justice, inequality, and conflict. Pacifism is sometimes conflated with passivism by non-pacifists, suggesting that the goal is personal salvation or that the kingdom of heaven is elsewhere and requires us merely to stand aside and above, avoiding contamination while the world, if it must, pursues its conflicts without us.”

He adds, “I didn't have a sense of Adventist involvement in prevention, mediation, peace building, and education and war relief but perhaps that is for another volume.” He may be right, although a look at some of the work ADRA does in advocacy in difficult areas might provide a partial answer.

However, within that context this book is a valuable addition to Adventist literature on the subject and can stand alongside other Adventist publications such as Should I Fight (ed. Barry W. Bussey, 2011) and the much older Seventh-day Adventists In Time of War (Francis McLellan Wilcox, 1936). It also benefits from an extensive bibliography. The aim is fulfilled, “to give guidance, especially to our young people who are increasingly faced with issues about military service and our engagement in war and the bearing of arms” (introduction, p 8).

Is it worth a read? Audrey Andersson, Trans-European Division Executive Secretary, writing in the April 2019 Biblical Research newsletter, highly recommends it. “It is concise, informative, comprehensive, and a must-read for anyone who wants a deeper understanding of Adventists and their relationship to military service.”

She also gives a warning! “It will challenge you, as it challenges all Adventists — young and old, pastors, chaplains, and leaders as well as church members — to think more critically and reflect more deeply about our choices as individuals and as a church.”

Colbeck gives both a commendation and a warning to Adventist readers. “I found it very persuasively argued,” but then, from his various interactions with the Adventist community concludes, “Insofar as it seeks to affirm a Christian pacifist position and spells out the practical implications, it seems there may be many Adventists who will find it controversial or frankly disagree, but it will surely cause some searching of conscience.”

Adventists and Military Service: Biblical, Historical and Ethical Perspectives is available from the Adventist Book Center and Amazon.com.

A hint on why Quakers are pacifists:

Simon Colbeck writes, “The origins of Quakerism are in the chaotic period immediately following the English Civil War but it was also a period in which the Bible had only recently become available in English and was frequently the only book possessed by literate people (literacy being only about 30% for men and less for women). Part of the radical 'insight' of Quaker seekers was the realisation of the extent to which the truth of the Bible had been interpreted in the service of temporal power by both church and secular authorities — thereby very often leading to war (and other evils). Quaker belief in the availability of a direct relationship with God through "the indwelling Christ" meant that neither human ministers nor rulers could themselves be the source of religious truth; that the Bible was essential and foundational but itself written by men using words to be understood and applied to later experience by attention to the leadings of the spirit through silent communal worship. In this sense Quaker peace testimony is based not only on the teachings of Christ and the New Testament but on ‘that of God’ in all people — faith in God making it impossible that God could command us to ever kill each other. Quakers are perhaps naively optimistic that everyone can find and act according to this 'inner light' without having to be won to the tenets of a single religion.”

See also, the earliest written expression of the Quaker “Corporate testimony” on peace as first enunciated to King Charles II.

This article was written by Victor Hulbert and originally published by the TED News Network, the official news service of the Trans-European Division of the Seventh-day Adventist Church. It is reprinted here with permission.