Freedom Ride: Get on the Bus

Freedom Ride: Get on the Bus 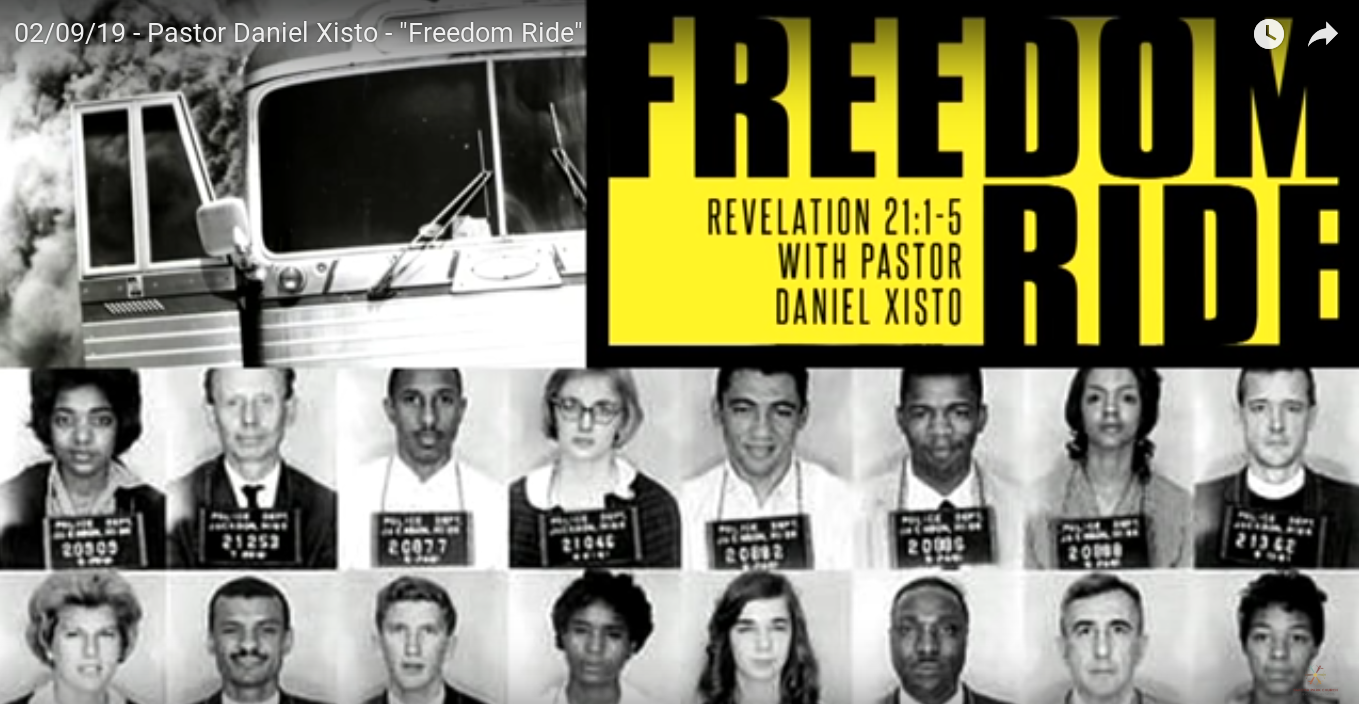 In his February 9, 2019 sermon, Pastor Daniel Xisto of the Takoma Park SDA Church recounted the story of the Freedom Riders of 1961 who fought against segregation.

Just a few miles from where we’re sitting, Xisto told the congregation, individuals, black and white, boarded buses together in Washington D.C. and rode through the Southern United States. What they were doing was so radical, they often encountered violent mobs who opposed their actions.

“Where was the church in 1961? The real church in 1961 got on the bus with the freedom riders. The real church got up and did something about the injustice they were seeing. How is it that a handful of mostly students were able to make such a significant wave against a sea of injustice? Romans 8 is how: If God is for us, who can be against us? The story of the Freedom Riders encourages me to no end.”

Paraphrasing the poet Ella Wheeler Wilcox Xisto continued saying, “To sin by silence when there should be protest makes cowards of men.”

He then transitioned to the apostle John and his experience on Patmos, drawing parallels between the injustice and oppression John faced and that of the Freedom Riders, encouraging everyone in the congregation to “get on the bus.”

“Revelation, the book that so many Adventists revere, is actually the letter of a felon writing from prison. When unjust laws exist, righteous men and women will end up in prison. The apostle John teaches us that in Revelation,” said Xisto. “The apostle John was an old school freedom rider. He got on the bus and he did something.”

Xisto then recounted the story of Lucille Byard, a woman turned away from Washington Sanitarium, the Adventist hospital just a mile away from Xisto’s church, once hospital staff realized she was Black. She was required to wait in the hallway before eventually being transferred to Freedman’s Hospital, but she died before she could receive treatment there.

Despite the injustices that occurred both inside and outside the church that he recounted, Xisto concluded with a message of hope:

“When we choose to stand for justice and equality and love, Jesus will stand beside us….the pain and suffering we experience for our faithfulness is never wasted. God miraculously transforms our pain into something beautiful. Think about it. It is because John was suffering on an island that he wrote the book of Revelation….his suffering produced our joy.”

Because of the Freedom Riders, we can gather in this sanctuary, black and white together, Xisto said, and it was because of the severe injustice against Lucille Byard that the Regional Conferences were born and the word of God has flourished because of them.

This video was originally published by the Takoma Park SDA Church and is shared here with permission.