Close Your Eyes So You Can See

Close Your Eyes So You Can See 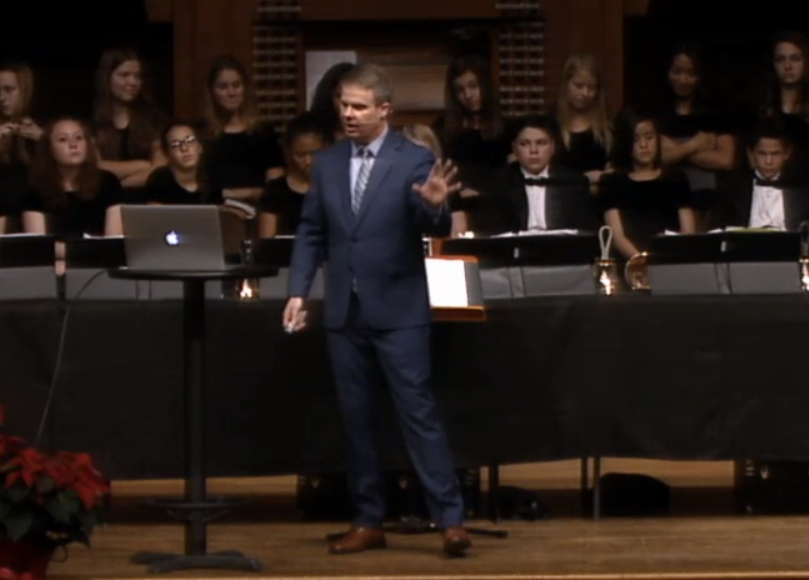 "Close Your Eyes So You Can See," was the title of a sermon given by Pastor Ty Gibson at the Collegedale Seventh-day Adventist Church on December 1, 2018.

At the beginning of his sermon, Pastor Gibson warned that during his message that day everyone would be uncomfortable, because on this occasion that is his job. He was there to share the message and mission of Against the Wall.

He explained how he and co-creator Michael Nixon began the Against the Wall movement to speak with passionate clarity against walls of racial separation and injustice across the globe — both inside and outside of the Adventist church.

Pastor Gibson asked the congregation to engage in a series of thought experiments with him. In the first he asked everyone to close their eyes and think of Jesus, to imagine Jesus, whatever that image of Jesus was for them. He then made the statement that Jesus was a black man — historically, accurately, factually a person of color.

“We worship a God who chose to come into our world at the underbelly of power. As a person of color in the most disadvantaged position imaginable,” said Pastor Gibson.

He shared his belief that all human beings are racist, not born that way, but inculcated or taught to be that way. Pastor Gibson defined the roots of racism as three things: subconscious enmity toward oneself vented on others, a mask worn over shame, or inferiority masquerading as superiority. He spoke of the psychology of racism and how at its core, sin is pro-self and anti-other. Racism is a manifestation of deep insecurity and self-hatred.

During the message Pastor Gibson spent time discussing the interconnectedness of the human race, stating, “If you are white, you are benefiting from injustices committed by others. Black humans were used to produce an economic situation you as a white person benefit from.”

Pastor Gibson concluded his message by bringing the congregation back to God’s love. The answer is forgiveness and the transcendent love of God. We have a Savior who became one with us, who entered into solidarity with the human race, he said. “God loves you and the person sitting next to you.”

This video was originally published by the Collegedale SDA Church.