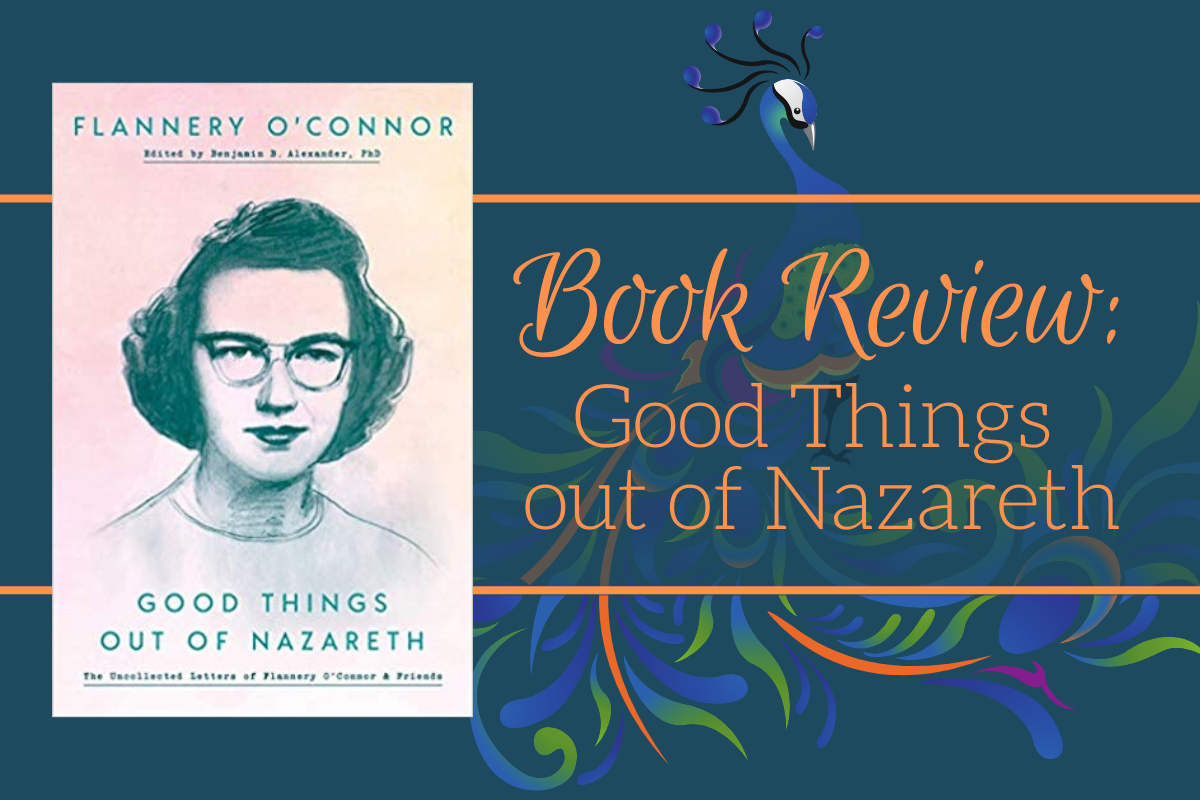 “Southerness” and Catholicism were to me, as an Adventist teenager, equal parts exotic and vaguely threatening. I came of age in the 60s, a time of ferment and rage, amidst an explosion of creativity and the implosion of social institutions. Rock music, civil rights and feminist struggles, Vietnam, protests on campuses — events that defined an era that now seems light years behind us. My view of the Southern culture of America was shaped first by Faulkner’s short stories and later by his novels, and by books like John Howard Griffin’s Black Like Me, Eldridge Cleaver’s Soul on Ice, and the rhetoric of Martin Luther King. Catholicism as the counterfoil to Adventism was simply part of the air that we breathed.

But it wasn’t until the mid-seventies, when I took a course in 20th Century Literature from Dr. Joyce Rochat at Andrews University, that I came across Flannery O’Connor. O’Connor was Southern, Catholic, sardonic, and enthralling. She could write a line that seared itself into one’s brain and eyeballs (“Go back to hell where you came from, you old warthog!”) inside stories that created a haunting horizon of religion steeped in the grotesque. I found her fascinating. She loved peacocks, she had an acerbic wit, her powers of description were to be envied, and her religious consciousness permeated her landscapes and convulsed her characters. She died of lupus at the age of 39 on August 3, 1964. She was thus witness to radical challenges to the South because of civil rights, and to changes in Catholicism because of Vatican II (1962-1965). One of the angles of interest, then, in this new collection of letters, is her reactions to these changes.

The first collection of her letters, The Habit of Being: Letters of Flannery O’Connor (1979), was selected and edited by her good friend, Sally Fitzgerald, and introduced us to an author who was witty, stoic about her illness, blunt in her assessment of other writers, and droll about the exploits of her many friends. The hundreds of letters collected span from 1948 to her last year, 1964, and conclude with a letter written to a friend just six days before her death and found on her bedside table by her mother.

Good Things Out of Nazareth: The Uncollected Letters of Flannery O’Connor and Friends, edited and annotated by Benjamin B. Alexander, brings together correspondence between O’Connor and friends that remained uncollected until now. Thomas Gossert, a pioneer in African-American studies, began to collect her letters to a Jesuit priest, Fr. James H. McCown, from 1956 until her death in 1964 and afterward, and hoped to publish them. He was preempted by The Habit of Being, however, and never completed the task.

Forty years later, Benjamin Alexander’s efforts built on Gossert’s initial collection, and vastly expanded it to include not only O’Connor’s letters, but the responses she received from Fr. McCown, Caroline Gordon, Betty Hester, Katherine Anne Porter, fellow Southern writer Walker Percy, and many others.

O’Connor’s letter writing occurred almost every day, including when she was so sick she could not type, and her lively correspondence is full of invitations to friends to visit and stay with her and her mother, Regina, at their dairy farm in Milledgeville, Georgia.

The book is divided into four chapters, and Alexander provides annotation and commentary throughout. His introductions to each chapter provide insight into the persons in O’Connor’s life at that time, as well as the progress (and setbacks) of her writing career.

At the beginning of most of the letters Alexander summarizes the context and content of each letter. This is generally helpful, although quite often the following letter does not mirror the editor’s summary, and we are left to wonder what he knows that he has not provided. This is a minor irritant, however, and for the most part his annotations are illuminating.

Some of the most important exchanges in the book are between the novelist and teacher, Caroline Gordon, and O’Connor. Gordon was married to Allan Tate, a poet and literary critic, best known for his “Ode to the Confederate Dead.” Gordon was opinionated, passionate, a formidable friend and an indefatigable champion of O’Connor and Walker Percy. She got them connections to Robert Giroux (of the Farrar, Straus and Giroux publishing house), and offered them both trenchant advice on their writing.

Surprisingly, O’Connor often took her advice, sometimes revising stories four or five times, with Gordon’s comments in mind. Gordon was not afraid to get down to the micro level of word choice, as well as offering more generalized advice about structure, grammar, and flow. We see the letters she sent to Walker Percy, for example, and Percy’s polite but somewhat noncommittal replies. O’Connor dissents only once from Gordon’s advice, and that letter is to a mutual friend.

It is Gordon who comes up with the phrase that becomes the title of the collection, when she writes to Walker Percy: “Well this is the season when the good things come out of Nazareth,” an allusion to Jesus’ backwater hometown, and a comparison to Percy’s own tiny town of Covington, Louisiana.

O’Connor’s devotion to a traditional Catholicism comes through in her letters, although not without some droll and sometimes exasperated asides about the local priest. She confides in the civil rights activist and scholar, Father McCown, on matters of faith and liturgy as well as literature, and for his part, McCown brings her to the attention of Jesuit professors, who soon invite her to speaking engagements on their campuses. O’Connor takes these invitations in stride, traveling to Notre Dame in Maryland, and to other colleges and universities from Minnesota to Texas and other Southern states. She tires of the constant traveling, but frankly, needs the money. Her short stories sell, but she often sends them to journals like The Sewanee Review, a prestigious regional journal with a low budget, because she believes art should be more than about money.

Those who have enjoyed her novels, Wise Blood and The Violent Bear It Away, will be interested in her comments about their inspiration. Both books were widely reviewed and often misinterpreted. O’Connor writes with amusement about the “interleckchuls,” who saw in her novels and stories vastly different symbolism and meaning to her works. She offers up a pithy comment on The Violent Bear, as she sometimes called it. “What they take by force or bear away is the kingdom of heaven itself. The violent in this case are the people who are willing to act upon their faith and act vigorously… Call it a single-minded assault upon the kingdom of heaven, often accomplished in part by self-denial. By doing the will of God” (255).

Her dry wit comes through, even in the face of her increasingly serious health issues. During Easter of 1964 she is reading Miracles, by C. S. Lewis, and trying to write, although the steroids she has to take make her hands swell up. “When the Letters to Malcolm (also by Lewis) arrived I put up Miracles and read the other, as being probably what I need more personally… I went 6 years to a parochial school as a child and I’ve been unlearning those six years the rest of my life.”

In the same letter to Ward Dorrance, a close friend, she writes “To keep lupus under control you have to take the steroid drugs. I took them constantly from 1951-61. They eat your bones up but it’s a matter of being dead with good bones or alive with bad ones… As you pray for me, pray I don’t have to stay on them long” (317). But by August she is dead, finally succumbing to a disease which she had fought bravely for most of her adult life.

O’Connor passes away in the middle of one of the most tumultuous decades of the 20th century. Several of her friends, such as the Gosserts and Fr. McCown, are immersed in the civil rights struggles in the South. Flannery keeps her distance from activists such as James Baldwin and Martin Luther King, although she admires King’s courage and vision. Reading her letters, one gets the feeling that her dedication to writing overrides almost everything else. She is wary of integration, although she loathes the endemic racism. Both she and Walker Percy view efforts to denigrate the good effects (as they see them) of capitalism with suspicion, and both are solid anti-communists. Both feel that the South is misunderstood, even as it tries to right the wrongs of systemic racism, and both quietly mourn the passing away of a certain tradition of manners in the South. Had O'Connor lived to see our era, we can only imagine how her unerring vision of the fallibility of humankind and the grace of God might play in the fields of the Lord.