Book Review: A Boy from Hahndorf

Book Review: A Boy from Hahndorf 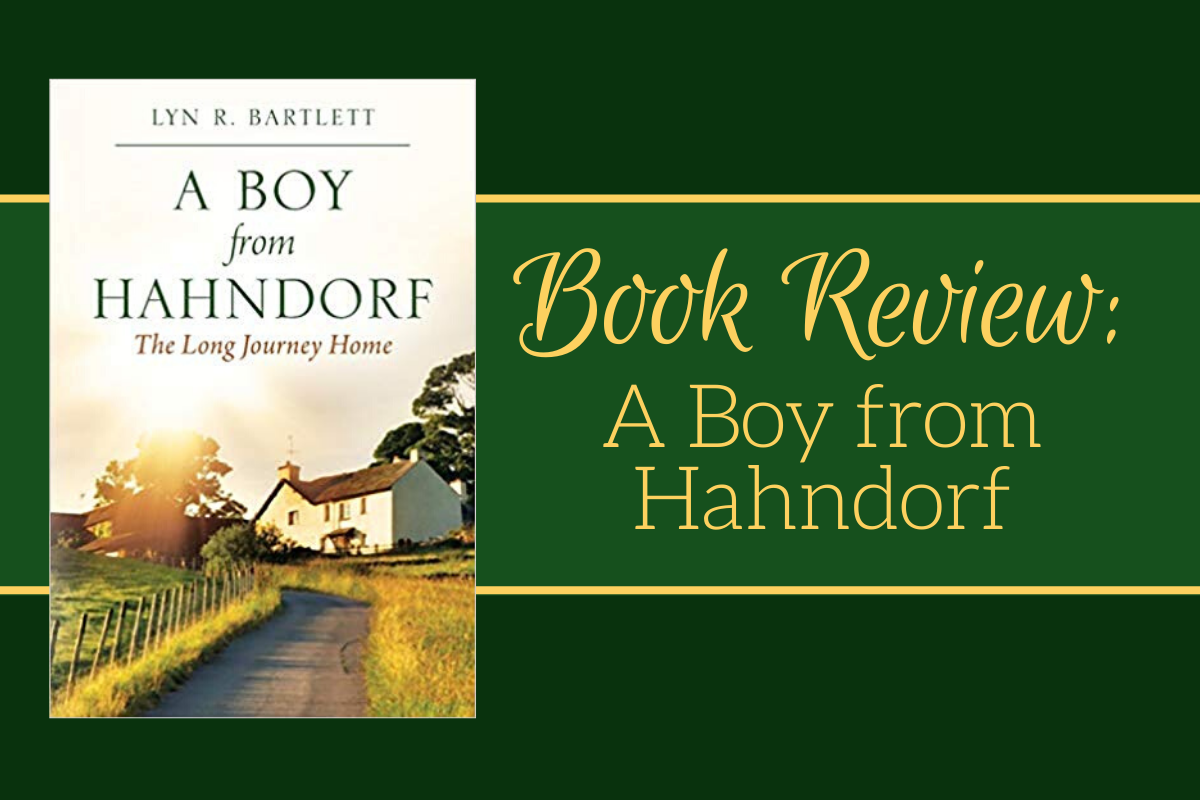 Writing a good novel is no easy task. The uninitiated may think you just create some characters, give them names and have them talk with each other and do stuff. What could be easier? And those with a little more knowledge may add that there has to be some tension or conflict in the plot — ah, but to create believable characters, an interesting narrative, appropriate pacing, adequate texture, realistic dialogue, knowing when to summarize and when to dramatize, how to string the scenes together, what to leave out. To become a master of such things is the art and study of a lifetime.

A Boy from Hahndorf (Outskirts Press, 2019) is a novel that likely would never have come to my attention had I not been asked to review it by Spectrum. I’m glad they asked and that I took the time to read it. Let me tell you about it and you can decide if it’s a book you’d like to read.

The story follows a main character named Mark Schubert, born and raised in the small German immigrant town of Hahndorf, Australia (close to Adelaide), from childhood to middle age. There are several angles of interest: the long trajectory of Mark’s musical education and career, specializing in lower brass instruments and music education, including working many years as a music educator and conductor for the Australian Navy; Mark’s personal life, including an early marriage and divorce, and later romance; the cultural transformations of Australia from the 1950s through the 1980s; the tension (often positive) between coming from a small town and developing a national/international professional profile; Mark’s Christian faith in its various stages and through the vicissitudes of life.

The writer is Lyn R. Bartlett, an Aussie who relates in the epilogue that he was born in Adelaide and grew up in the Hahndorf area. Mr. Bartlett worked for distance education at Andrews University for several years, although I do not recall meeting him. According to the “author note” of his March 25, 2019 article on Desmond Ford for Spectrum online, he spent 34 years working in educational administration in the Adventist system. Interestingly, although Bartlett is an Adventist, his protagonist Mark Schubert grows up in a Lutheran heritage, and nary a mention of Adventism is made during the course of the book’s 369 pages (not counting the epilogue). This may have been done to give the book wider appeal and/or simply to match Mark’s character as a child of the Lutheran-oriented town of Hahndorf, settled by Germans seeking religious liberty in the 19th century.

If music in general, learning a musical instrument, and working as a musical professional is of interest to you, that will certainly be a plus as you read about Mark’s practice on the euphonium, dozens of concerts and music competitions, and so on. I am a hobby musician and I ate it up, and I fully agree with Mark’s perspective about how music can be a very positive aspect of anybody’s life — let’s not leave all that fun to the professional musicians! It was interesting to see how Mark handled the changing musical landscape of the decades, coming from a traditional community brass band context and revering traditional music throughout his life, while also embracing jazz and integrating popular music and film scores into Navy band performances.

As far as the quality and believability of his characters, I generally thought Bartlett wrote very well, especially with his “good” characters. Mark is quite a nuanced and believable lead, and the author nicely develops many interesting aspects of his character, especially his dual and not infrequently conflicting commitments to both his professional life and his personal life. The way Mark’s career both delights him and (at times) stretches him too thin is amply portrayed. His relationship with his parents and younger brother Gary is richly detailed, especially in the second half of the book. A particularly interesting episode is a middle-aged cross country trip of the United States he takes with Gary. Bartlett admits in the epilogue that he conjured the place details and route of the trip out of Wikipedia and other online information. I would not have guessed this from reading the chapter, so hats off to Mr. Bartlett.

As far as weaknesses of the novel, I thought there were some. There are a few errors that could have been caught in editing. For instance, in an early scene Mark is flying back to Australia and has “an empty seat next to him” (4). A few pages later, on the same flight, he is grateful “to be alone in a row of three” (8). It could be argued that one in a row of three has an empty seat next to him, but that’s not the way we would usually describe it. In the section of the book where Mark is studying jazz saxophone, some famous jazz saxophonists are mentioned, including “John Getz” (106), presumably an error for Stan Getz. At one point, “Mark wondered in his mind what ‘being back to normal would feel like’” (161), where “in his mind” is redundant. I would also have had my characters use more contractions in their speech. For example, taking examples from p. 144:

“I am a practicing Christian”

“I have not been the best example”

“you have said it”

“I’m,” “haven’t,” and “you’ve” would seem more natural in speech here. There is also one unlikely plot twist, in which (veiled spoiler alert) one character improbably has a key to another character’s house. But in the long course of the book, these are very minor blips.

For many novelists, drawing the evil characters comes off more easily than the good. For Mr. Bartlett, I would say the reverse is the case. For example, there are a number of nice touches of character with Mark’s brother and mother, his last romantic interest, and one of his pastors. On the other hand, the “bad characters,” namely Mark’s first wife and an unpleasant boss, at times seem somewhat cartoonish in their unpleasantness. Great writers often have interesting insights into the minds of unpleasant characters and even sympathy for them. Charles Dickens, for example, loved to punish his villains, but he gives extraordinary portraits of the workings of the minds of Fagin and Bill Sykes in Oliver Twist.

I greatly enjoyed reading A Boy from Hahndorf: as an education in Australia’s history and culture; as the portrayal of a musician’s life; as an example of contemporary Adventist novel-writing — with a cast of Lutheran and other not-Adventist characters, no less; as an interesting story about how one man comes to terms with the many twists and turns along a life pathway, and how God, family, and friends contribute to that journey.

Scott Moncrieff is an English teacher at Andrews University. His graduate research was in the Victorian period of English literature with a special emphasis on the novels of Charles Dickens. He has also presented research on Christian romance novels and on Adventist fiction, and reviewed many Adventist novels.