Beauty and Truth in a Time of Plague 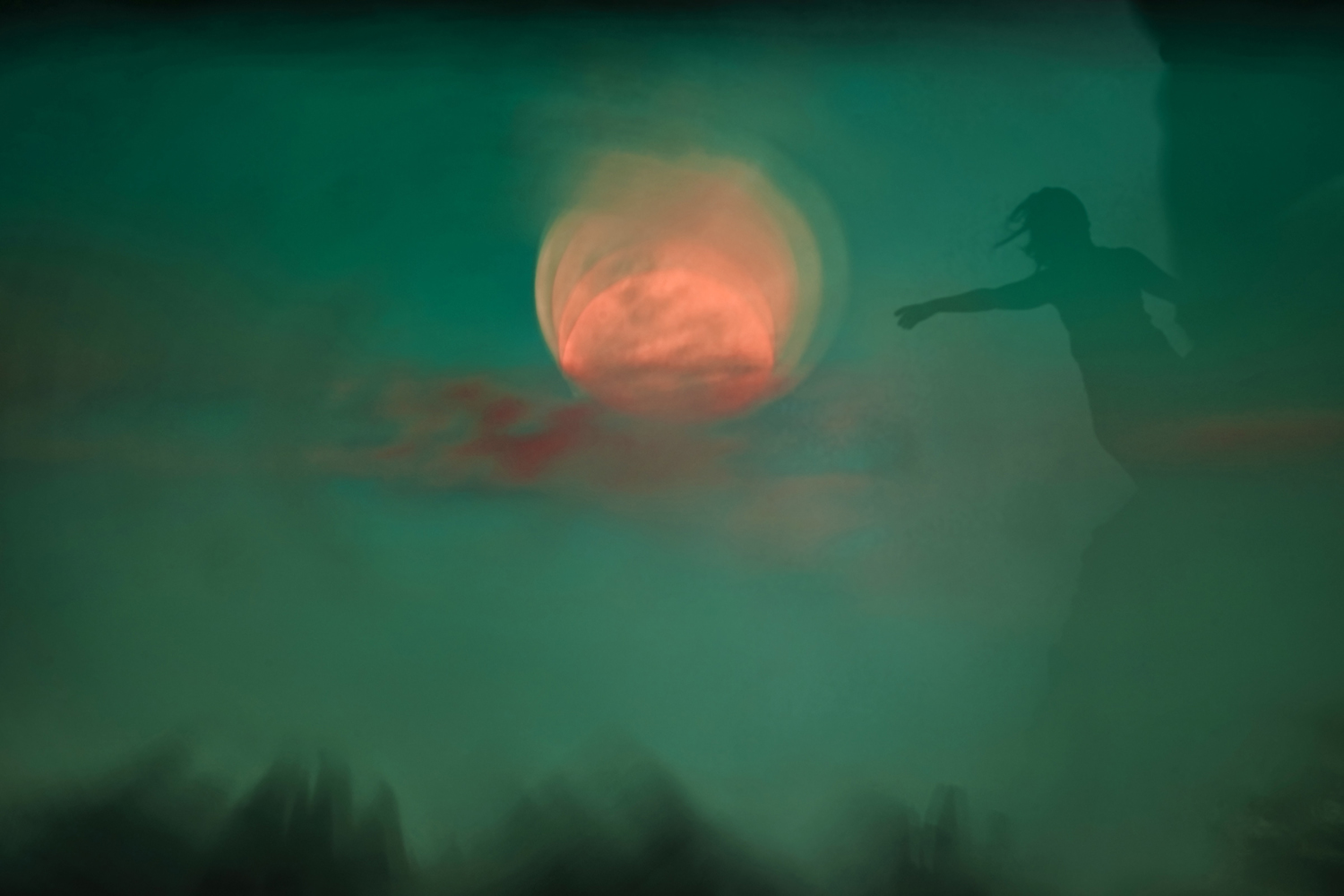 “I recover my tenderness by long looking.” —Theodore Roethke1

Sometimes it feels like we are in our plague years. Not a plague such as millions suffered in the Black Death or the Spanish Flu, or the thousands with Ebola, but a plague of despair and hopelessness. Having said that, I know that for many people this is a time of ascendancy — not plague — when beliefs they fervently hold are coming true and people in power are making that happen. It is a time of vindication.

Still, if we see through the rising and falling of hopes to the generalized need for hope as such, there is a commonality of restlessness and anger that infects us all. We are creatures who have adapted to the uneven surfaces upon which we walk to such an extent that even when we come upon a level plain, we walk as though we were at sea.

We demand our place, we want our words to strike home — the metaphor, taken literally, is violent in its imagery — we confront, we stand with, we never retreat nor give an inch. In short, we are at war with others and the Other.

It should be evident that things we care deeply about are worth defending. In fact, one sign of a society whose members no longer regard it as defensible is the callous reply, “Whatever,” to matters of importance. But we are crippled by a lack of moral imagination for making a defense that itself does not complicate the problem. In Yeat’s phrase, “the best lack all conviction, while the worst are full of passionate intensity.”

Poet Seamus Heaney tells a story from 1972 in Belfast: he and a musician friend were on their way to a recording studio when a series of bombs ripped through the city. Within minutes of them arriving at the studio the air was full of sirens as ambulances rushed to the wounded and the dead. Heaney recalls that they looked at one another in unspoken anguish, his friend packed up his guitar and they left. It seemed indulgent to be doing something so enjoyable. What he called Art and Life — or again — Song and Suffering, had seemingly clashed. And what he and his friend, David Hammond, were feeling at that moment was that “song constituted a betrayal of suffering.”2

Poets and writers, said Kurt Vonnegut, are our early warning system, the canaries in the coal mine — they are the first to be affected by the deadly fumes of a culture in extremis, and their warnings must not be overlooked. Examples abound throughout the ages, but one that still echoes for me on the fiftieth anniversary of Woodstock, is Jimi Hendrix’s rendition of “The Star-Spangled Banner,” a howl of feedback with a melody line that staggers, backtracks, and spirals, at once raging and raw and yet somehow wistful in the way the notes hang, looking for a safe place to land. In the midst of a tragic war, in a society tearing apart from the disparities between its promise and its peril, Hendrix’s interpretation was a cross-section of a felled tree, revealing the rot at the core.

From the opposite angle comes the sigh of the oppressed, the longing of the exile for familiar hills, and the mockery of captors who demand a tune from back home for their entertainment.

By the rivers of Babylon—

there we sat down and there

we wept when we remembered Zion.

On the willows there

we hung up our harps.

For there our captors

asked us for songs,

and our tormentors asked for mirth,

‘Sing us one of the songs of Zion!’

How could we sing the Lord’s song

in a foreign land?3

Can suffering be healed by beauty? Does it dishonor the gravity of the situation to try?

Online discourse in these times falls along predictable lines. Someone posts a provocative article or viewpoint on, let’s say, an anguished response to the mass shooting(s) of the week. Common sense cries out for a ban on assault weapons: the various attack ships uncloak themselves and swarm into view overhead as their troops beam down. “It can’t be done,” “It’s video games,” “Guns don’t kill people…”, “Don’t take away my guns,” “It’s a mental health problem,” “Godless people are to blame,” “It’s the Democrats’/Republicans’ fault.”

Solutions are proposed and derided, facts are claimed and scuttled, sweeping generalizations jolt aside private duels over verb tenses. In time, with the battlefield littered with bodies, the survivors limp away to their rendezvous points. Truth, bound and bloodied, is led away captive. Almost no one notices.

After all that, to claim, as Keats does, that “Beauty is truth, truth beauty,  — that is all/Ye know on earth, and all ye need to know,” almost sounds quaint and anachronistic. And yet, there is something in us that wants, above all, to believe that Beauty and Truth are within reach and can be brought into our lives, even in such toxic and arid times.

I return to Seamus Heaney who, as a native of Northern Ireland, grew up within the centuries-old sorrows of its history, and who lived through the sectarian “Troubles” that claimed so many innocent lives. The questions he raises about truth and beauty, about being a poet in a time of war, open a way to understand our times — and may also cast a light upon the path of faith through this world.

“In one sense,” he says, “the efficacy of poetry is nil — no lyric has ever stopped a tank.” But recalling how he and Hammond clammed up around the sirens, he wonders again, “Why should the joyful affirmation of music and poetry ever constitute an affront to life?”4

I am reminded of the experience of Sting, who had scheduled a concert near his home in Tuscany for the evening of September 11, 2001. When the news of 9/11 stunned the world, he almost cancelled, feeling that such a celebration would border on sacrilege in the aftermath of a tragedy of those proportions. But friends persuaded him to go ahead, assuring him that light and beauty in a dark time would be a kind of prayer for hope. One of his songs, “Fragile,” is forever linked to that time.

If blood will flow when flesh and steel are one

Drying in the color of the evening sun

Tomorrow's rain will wash the stains away

But something in our minds will always stay

Perhaps this final act was meant

To clinch a lifetime's argument

That nothing comes from violence and nothing ever could

For all those born beneath an angry star

Lest we forget how fragile we are

On and on the rain will fall

On and on the rain will say

How fragile we are

How fragile we are5

Heaney’s essay brings forward the experience and the poetry of Wilfred Owen, an English poet and soldier who wrote from the trenches of World War I, and who was killed shortly before the end of the war. Owen was a leader and a soldier, but he was vehemently against the carnage of a war that took the flower of European civilization. His poems are bitter at times, usually melancholy, always directed at deflating the false glory of dying for one’s country. He sought to awaken conscience. “True poets must be truthful,” he wrote. “All a poet can do today is warn.” Art seeking to change Life.

Heaney also points to Mandelstam, a Russian poet of renown, who would not write propagandistic drivel for Stalin’s regime. Mandelstam saw poetry as rising up within the poet like a flood or growing from within like a crystal. He could no more stop writing than he could stop breathing and still live. He went to his death with the view that the creative impulse is its own reason for existing. “For him,” writes Heaney, “obedience to the poetic impulse was obedience to conscience; lyric action constituted radical witness.”6

So, Owen writes poetry which rebukes beauty in favor of truth; Mandelstam seems to hold Keats’ dictum that beauty is truth, and truth beauty. “He is a burning reminder,” says Heaney, “of the way in which not only the words ‘truth’ and ‘justice’ may be salvaged from the catastrophe of history, but the word ‘beauty’ also: a reminder that humanity is served by the purely poetic fidelity of the poet to all words in their pristine being, in ‘the steadfastness of their speech articulation.’” We need both: the hard edge of Truth and the softer light of Beauty. There are moments in our lives when we can only take in one or the other; in time, as it may be, we will be sustained by both.

Poetry gives the attentive reader a moment to take a breath and to give attention, fully and freely, to what is there on the page or in the ear. In a time of war and in a time of social tension, it reminds us that beauty and justice and truth are not at odds.

What is efficient may not always be what is effective. And if poetry, art, and music touch us it is in part because we have entrusted ourselves to their power to lift us and transform us, another kind of faith.

Like calls to like: when we respond to beauty seen and heard, it is a revelation that Beauty is still within us.