“Amazing Grace” Movie Review: A Eulogy for the Queen of Soul

“Amazing Grace” Movie Review: A Eulogy for the Queen of Soul 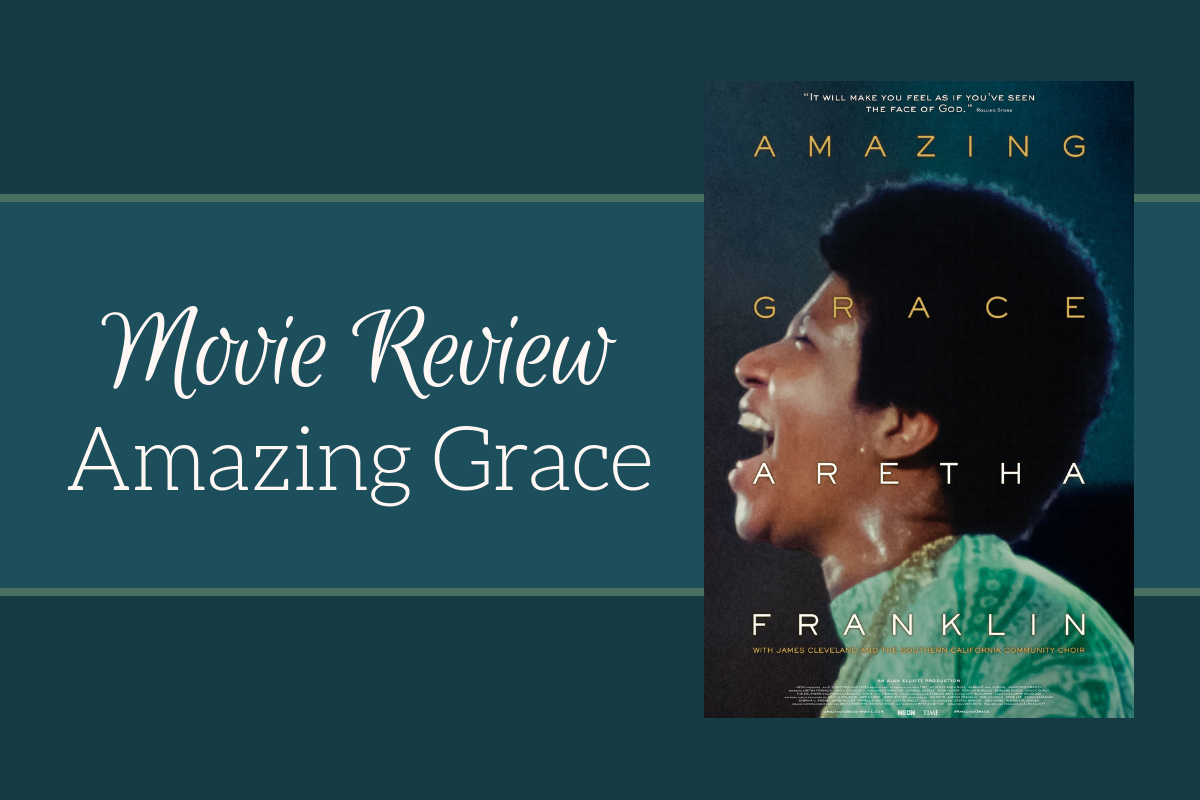 Aretha Franklin was already a superstar when she walked down the aisle of the New Temple Missionary Baptist Church in January 1972. The gospel-turned-R&B singer had already been coronated the Queen of Soul — a well-known music promoter actually held a mock-ceremony several years before, going so far as to place a crown on her head.1 But the two-day recording session at the church was not to be just another affirmation of her deity to R&B fans around the world. As much as any singer, Franklin had been nurtured and pulled into performance through an upbringing in gospel music. After a series of smash records, she was going back to her roots.

The 2019 film Amazing Grace, out this spring in theaters nationwide, is more concert video than traditional cinema-style documentary. The footage was shot during the two days Franklin recorded in front of a live audience with a full backing choir, putting down tracks released in a double album later in 1972. The film and album were meant to be released in tandem — what surely would have been a tour de force for both Franklin and Warner Brothers Pictures. The album came out on schedule, but the original film release was not meant to be. As the story goes, Sydney Pollack — hot off his first Oscar nomination — told an executive he wanted to direct the Franklin project; and so, he got the gig, never mind that he had no experience with filming live music. Pollack captured every angle of the performance but neglected to use techniques that would help synchronize the audio and video in editing — a difficult task in the pre-digital era. “[The footage] was like a jigsaw puzzle,” Pollack’s editor would later say.2 The reels of film went into a vault, where they would languish for decades.

It is a time capsule, then, to see a young Franklin walk into the room to a standing ovation — 29 years old and at the height of her powers. The choir, dressed in black with shimmering silver vests, would have been a worthy event all on its own — gospel maestro James Cleveland and his Southern California Community Choir received their own spate of award nominations and victories throughout the ‘70s. This time, though, they are here to take a back seat to the queen.

The choir members sit down, perhaps in awareness of the marathon sessions about to take place. James Cleveland, larger than life in both size and persona, is the master of ceremonies, and it is his voice that addresses the audience and cameras. “I’d like for you to be mindful, though, that this is a church, and we’re here for a religious service,” Cleveland tells those in attendance.

Aretha Franklin was the daughter of C.L. Franklin, who rose to become one of the most prominent black preachers of his era. “Their household was infused with religion,” writes biographer David Ritz. “[C.L. Franklin] was a Baptist minister who was known for his emotional deliveries from the pulpit, and [Aretha’s] mother was a renowned gospel singer. Aretha inherited her father’s sense of drama, and her mother’s vocal talents. These talents helped to create a show business legend.”

Aretha’s childhood was far from idyllic, though. Her mother, Barbara Siggers, left the family when Aretha was young (C.L. had many rumored infidelities) and died before Aretha reached adolescence. Aretha’s childhood then became defined by touring the country with C.L.’s revival show, in which she sang with other family members. It must have been difficult, such an itinerant upbringing, but Aretha was also formed by the unique opportunities her family provided. Many of the top artists and performers of the day would frequent the Franklin house when they were back at home in Detroit — renowned singers Mahalia Jackson and Clara Ward were reported to stop by often; James Cleveland also became a mentor. As Aretha reached adulthood, she transitioned from gospel to R&B. It was a savvy decision, for she would top the charts and win critical acclaim, but some wondered if gospel would remain only a part of her past.

Released just this year, Amazing Grace (the film) has also become a eulogy, and a fitting one at that. Aretha Franklin died last August, and her funeral was as spectacular a send-off as anyone in America has received — with speeches from public figures and music from current-charting musicians. A deserved spectacle, but the film might be truer to Franklin than the six-hour open casket extravaganza. Franklin says almost no words on camera; in life, she was also known for being private, at times to a fault. There are no cutaways to interviews or voice overs, as director Allan Elliott (who mortgaged his house to buy Pollack’s footage and resurrect the film) keeps a light-handed touch, letting Franklin’s artistry speak for itself.3

At the end of the first day of recording, Franklin and her musicians come to a song that “needs no introduction,” as James Cleveland puts it. Over the next 10 minutes, Franklin starts with “Amazing Grace” but uses the bars of the old standard only as a starting point, a template open for expansion and interpretation, launching into a rush through perhaps every human emotion: plaintive, slow notes through first words; then building to soaring, belted highs as she crescendos into how it all ‘twas grace; and after several trips through the expanse of her vocal range, denouement as she eases herself and the audience back down to earth. All the emotion — the crackling energy between Franklin and the choir, between Franklin and the audience — can be heard on the album. But in the film, one can see intensity on Franklin’s face, glistening with sweat under the hot camera lights, and how the choir and audience move in reaction to the music, many standing to their feet in the rows or in the aisles. The viewer also benefits from Sydney Pollacks careful shots (he was a renowned director despite bungling the project), such as when a massive mural of Christ is seen looming on the church wall behind Franklin, a fitting symbol of what was always a backdrop to her life’s work.

The month before recording the album, Franklin graced the cover of Ebony magazine and was subject of an extended feature, in which the writer at one point asks her about God. Franklin ponders the ups and down of her life — there had been many of both. “I’m here,” she says. “I have my health, I’m strong, I have my career and my family and plenty of friends everywhere, and the reason why is that, through the years, no matter how much success I achieved, I never lost my faith in God.”

Amazing Grace became the best-selling live gospel album of all time. Now, the long-awaited film slingshots the viewer back to its glorious inception, while also reminding how music, then and now, can make delineation between the sacred and the secular near impossible. Depending on what sort of churches one has attended, the way Aretha Franklin takes a hymn and forges it into something unique while retaining its essence might be familiar. For others (like myself), who most often think of hymns as restrained and one dimensional, both the album and film remind that such songs can go wherever the singer takes them.

Alex Aamodt is the Roy Branson Investigative Reporter for Spectrum.