Am I My Other’s Keeper? 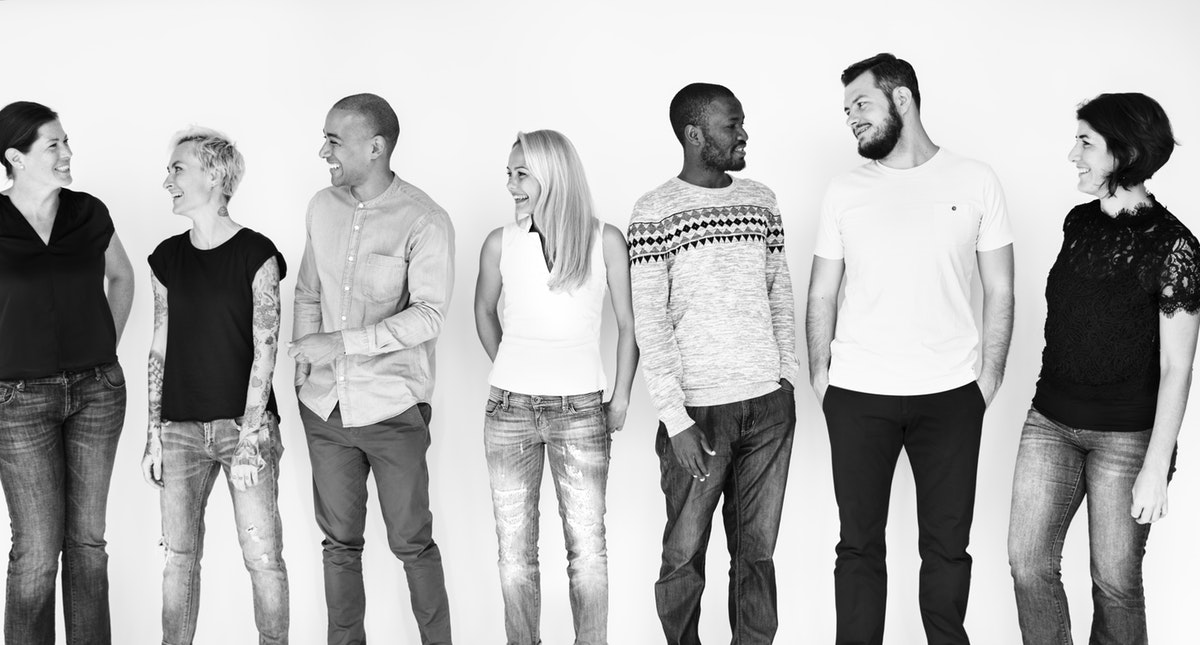 1. To be seen as different, strange or foreign

2. The unpleasant, sometimes unavoidable, and many times untenable position of being considered out of the in-group.

3. E.g. Being viewed as odd because of my religious affiliation.

It has taken me until my seventh decade to wonder about the impact of being taught as a child that anyone outside my denomination might one day persecute me. That my best friend, a Methodist, and the Christian Reformed neighbor, and certainly the Catholic family down the street were sleeper cells for the enemy. Similarly, as a child, my wife didn’t like to walk alone past the Catholic church in her sleepy central Iowa farming community, because she was convinced there was a torture chamber in the basement.

1. Having one’s identity based on:

a. Being out of step with the beat of the in-group’s drums.

b. Being part of a peculiar, petulant, or picky people.

2. E.g. I accept the fact that I am different; that I’m a pilgrim and I’m a stranger who’s just a passin’ through.

I was pastoring an Adventist church in a Midwestern college town when I decided to join the local Ministerial Association. Though our church had been in town since the 1890s, I was the first Adventist pastor to belong. They met monthly at various members’ churches for a presentation on the beliefs of the host pastor followed by a business meeting to discuss ways they could work together to better the community.

When it was my turn to host, I wondered whether I should speak of Adventist distinctives or our shared beliefs? With representatives of the “Beast” and the “Image of the Beast” sitting in front of me should I appeal to them to “come out of her my people” or tell them we too believe in the divinity of Christ. (I opted to talk about the Sabbath.)

2. Being proud of one’s peculiarities.

3. For the sake of solace, solidarity or security, meaningful relationships are sought only with those who are like oneself.

4. E.g. I feel special because of being part of the remnant.

One manifestation of otherliness is to hang out (exclusively?) with fellow believers. I’m convinced that was one of the great attractions of Camp Meeting. I lived in Michigan in the 1970s and the annual trek to the Grand Ledge campground would bring in over 20,000 Adventists on the weekend. We felt like we were part of something substantial. After 51 weeks of meeting in stark little congregations, we could come and hear media rock stars like H.M.S Richards and George Vandeman, and know we were somebody. Even today we tend to clump into self-described Adventist ghettos. It doesn’t take new members long to recognize the names of obscure towns like Collegedale, and Berrien Springs, and Loma Linda.

Back in the day, we would rally our church members each December to go out for the annual rite of Ingathering (yes, we actually knocked on doors and asked our neighbors to support our church). The case being made from the Conference Office was that our communities should consider it a privilege to contribute to the work of the Remnant Church.

Still today, if there is a disaster anywhere in the world, our first question is what happened to fellow believers and institutions. If a member gains some level of celebrity, we are delighted “the world” appreciates what we have to offer. Adventists in the know speak the names of Desmond Doss, and Barry Black, and perhaps even Ben Carson with humble pride.

1. The process whereby individuals in the out-group do a role reversal. They come to see themselves as the in-group, and the members of the in-group as the “other.”

2. Embracing a two-dimensional view of those “others.” In religious terms, they are seen either as the lost who need to be found, or as persecutors who will be cordwood for the lake of fire.

3. The practice of not seeking a normal relationship with “others” until they become part of my in-group.

4. E.g. You may be in the world’s in-group, but I belong to God’s in-group and that is all that matters.

It is natural to hang out with those who think like we do. Most of us realize it is not only Adventists who believe they have a corner on the truth. I once knew a lady who was attending both the Adventist church and a Southern Baptist church. When she and a friend attended their first service at the Baptist church, the pastor welcomed them from the pulpit with the words, “I’m glad you ladies have decided to come to the truth.”

Other denominations may do this, but Adventists see themselves as God’s rallying point at the end of time. We even have a term that lumps all “others” together — non-Adventist.

Since the widespread acceptance of the message of righteousness by faith in the 1980s we are less likely to hear the dismissive retort, “but he doesn’t keep the Sabbath.” With that simple statement, even Billy Graham’s spirituality was called into question. Once we believed people were not saved by what they knew but by Who they knew, we were left with an identity crisis. If having the truth didn’t save us, then who was in and who was out?

Many who came of age after that time have concluded there is no difference between denominations and have voted with their feet and their dollars. They are much more interested in justice than truth, and they feel we have done a poor job with justice.

Sadly, we have created our own internal othering. Those who don’t interpret the Fundamentals in traditional ways are urged to show some integrity and leave the church. Those who are more “progressive” are already concerned about the next General Conference session when lines may be more clearly drawn, and tenure will be extended to perpetuators or perpetrators of Last Generation Theology. (Is it too late to establish a truth and justice commission to promote reconciliation between those groups?)

1. The process of breaking down the barriers between oneself, and those one considers to be “others”

2. Embracing the common humanity of all people which includes understanding that all are made in the Image of God and all are sinners.

3. E.g. I am a beggar showing other beggars where to find bread.

Wouldn’t it be nice (maybe even healthy) if some of our best friends were not members of our in group? I know this happens with some. Wouldn’t it be great if it happened with most? And what would it take for that to occur?  Perhaps it begins by acknowledging the sincerity of other’s faith without feeling we have diminished our own? (The reality is no one consciously believes a lie.) Perhaps it is only possible when we embrace biblical truth and identity rather than ecclesiastical truth and identity?

The path of otherkind goes through The Other.

1. Jesus is the quintessential “Other”:

a. He became “The Other” by taking on humanity

b. He loved and sought all whether in and out of the fold.

c. He died as The Other,” thus giving all ““others” the opportunity to become his brothers (and sisters).

2. His life answers the question, “Am I my other’s keeper?”

3. E.g. “He became sin who knew no sin, so we might become the righteousness of God.”

In Romans, Paul levels the charge that we have all fallen short of God’s glory. Lost is lost whether it is a coin in the house or a sheep outside the fold. And who really is the prodigal in the parable? Jesus invited the prostitute and the privileged, the IRS agent and the insider to become part of his family.

Otherness is over. Otherliness is ojectionable. Othering is obnoxious. We no longer see people as trees — two dimensional versions of ourselves. We see them with our Father’s eyes — individuals who need to know the One who became The Other so all could be one through him.

Don has spent the majority of his career in education teaching from academy to post graduate. For the past 18 years he has been in academic administration first as Chief Academic Officer and now as Assistant to the President for AdventHealth University. Don has a bachelor’s degree in psychology and a Master of Divinity degree from Andrews University, and a Ph.D. in Counseling from Purdue University.