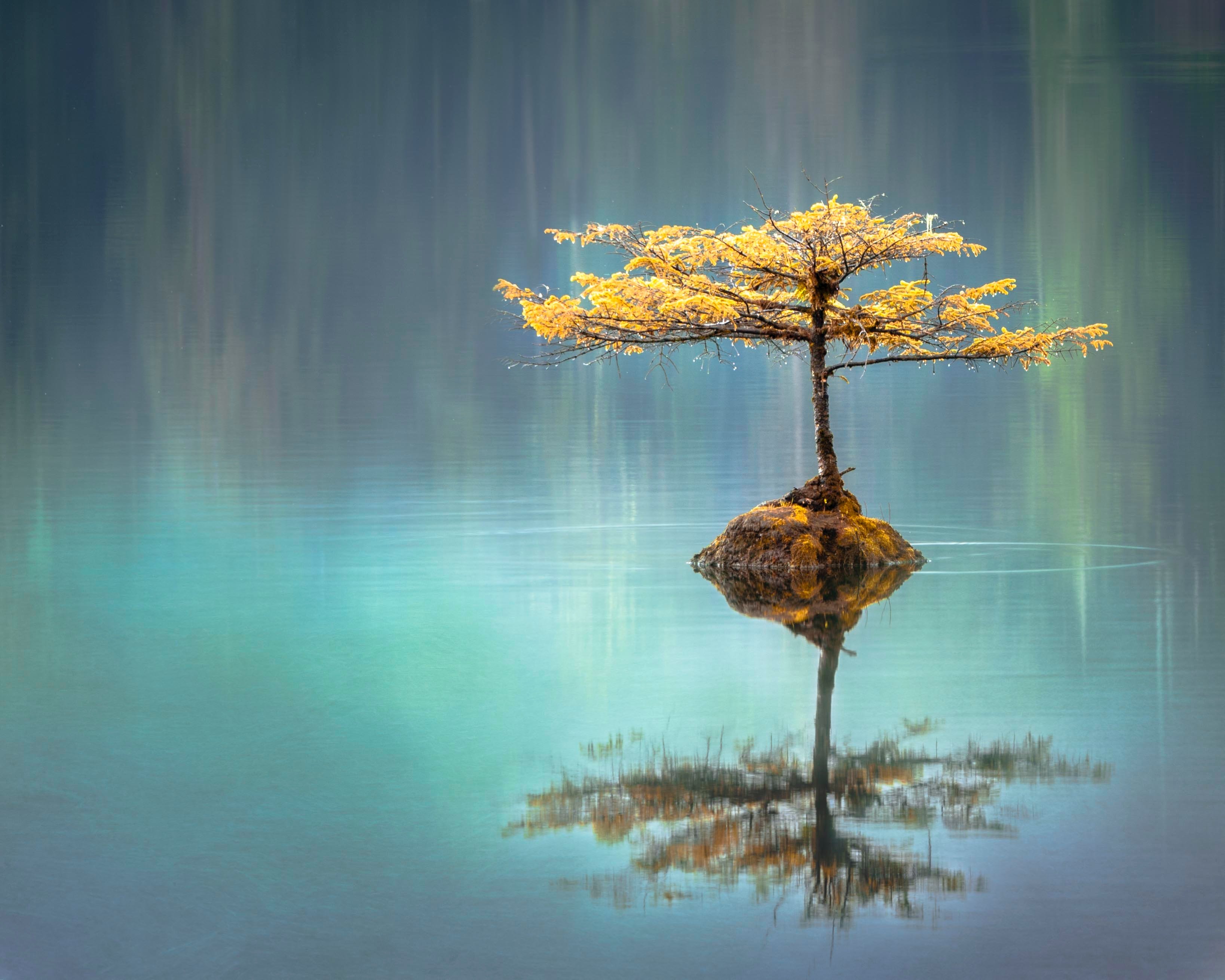 This homily was presented for the liturgical service at La Sierra University Church during the Adventist Forum 50th Anniversary Conference on Sabbath, September 15, 2018.

It is a great privilege for me to participate in the liturgical service this morning. Ed Boyatt invited me to present the homily. He and I share a common experience. Both of us read papers for J. Paul Grove, who passed to his rest in 2015, one of Adventism’s great teachers. I dedicated my book Inspiration to Elder Grove, because he taught us to take the words of Scripture seriously, reading it in context. Under his direction we read the Gospel of Matthew, but were forbidden to read commentaries, not even The Desire of Ages, Ellen White’s magnum opus. The results, for me, have been astonishing, costly but precious, dangerous but beautiful.

After the Forum session last night, a Forum member asked for my comments on a recent Sabbath School class. The discussion had been lively, interactive, exciting. But then came a voice, “But Sister White says….” Silence — the discussion was over.

In my book Inspiration, I argue passionately that we should never allow one inspired writer to be the final interpreter of a passage written by another inspired writer. Lay the passages side by side, not on top of each other. Yet that formulation is itself misleading, because, as “Sister White says,” it’s not the words that are inspired; it was the person who was inspired. Thus, to borrow a phrase used by a questioner last night, we are free to use a “methodological atheism” in reading the text, an idea doesn’t have to be scary; it can be couched in believer-friendly terms.

In the next issue of Adventist Today, the title of my regular column is “Sanctification by Senility,” standing Charles Wittschiebe’s dictum nearly on its head in order to argue that “illustrative authority,” not “absolute authority,” should be the operative phrase when reading Ellen White. If we could do that as a community, we could then take her words seriously without allowing that deadly phrase, “But Sister White says…” to close down our discussions.

As I pondered my role in this liturgical service, my thoughts turned to C. S. Lewis and his preference for a set liturgy in prayer. He argued that one cannot be devotional and critical at the same time. A set prayer protects the believer from surprises, preserving the devotional setting. I will not argue the point here, but will turn now to one of the set passages for today, Proverbs 1:20-30, reading from the Contemporary English Version, the first Bible translation designed to be heard by the ear — and not just incidentally, by the non-believer. Thus, in the CEV, there are no tongue-twisters, no stained-glass language:

In Proverbs, the figure of “Wisdom” is tantalizing. She speaks with a feminine voice for God, or even as God. And given the emphasis on grace in today’s liturgy, a figure who laughs at someone in trouble is initially jarring. But that is only because of our impulse to believe that we need to be perfectly obedient in order to be saved.

But obedience as a means of earning God’s favor is far removed from the biblical understanding of grace and salvation. As one of the ancient and outspoken members of our Sabbath School class at Walla Walla University Church once quipped: “Salvation is by grace. Keeping the law just keeps you out of jail!”

Here is where my title, “Wisdom’s Tragic Laughter,” takes center stage, for the book of Proverbs has to be seen from an Old Testament perspective. And, in the Old Testament, a rather biting dictum often crops up in punishment settings: “Your blood will be upon your own head.” Sin is like a boomerang that will always come back and get you. In short, law in the Old Testament is often a kind of natural law. An echo of that idea is found in the words of Jeremiah, “The harvest is past, the summer is ended, and we are not saved” (Jer. 8:20, KJV).

But now let’s take that idea further, exploring the new covenant concept of a time when law becomes unnecessary, not because it has been rejected or is irrelevant, but because it has been internalized. Jeremiah 31:34 casts the vision: “No longer shall they teach one another, or say to each other, ‘Know the Lord,’ for they shall all know me, from the least of them to the greatest, says the Lord; for I will forgive their iniquity, and remember their sin no more” (NRSV).

Given the importance of the law in Old Testament history, it is startling to hear the suggestion that external law simply vanishes. God’s will has become so internalized that it becomes second nature — like walking, swimming, or riding a bicycle. Deuteronomy 4:5-8 gives us this glimpse of law as “good news.” Making his case to the ancient Israelites, Moses tells them:

See, just as the Lord my God has charged me, I now teach you statutes and ordinances for you to observe in the land that you are about to enter and occupy. 6 You must observe them diligently, for this will show your wisdom and discernment to the peoples, who, when they hear all these statutes, will say, “Surely this great nation is a wise and discerning people!” 7 For what other great nation has a god so near to it as the Lord our God is whenever we call to him? 8 And what other great nation has statutes and ordinances as just as this entire law that I am setting before you today? (NRSV)

Psalm 119 similarly celebrates law, not as an instrument of condemnation, but as good news!  We can be overwhelmed by gratitude because God has shown us how to live

Yet all this wonderful counsel from the Lord does not apply itself. We have to decide for ourselves what works for us, what enables us to live out the fruit of the Spirit: “Love, joy, peace, patience, kindness, generosity, faithfulness, gentleness, and self-control” (Galatians 5:22-23, NRSV).

From such a perspective the bombshell lurking in Jeremiah 3:16 makes perfect sense. In a passage promising restoration to Israel, the prophet speaks of a time when the sacred ark and its precious decalogue will vanish forever: “And when you have multiplied and increased in the land, in those days, says the Lord, they shall no longer say, ‘The ark of the covenant of the Lord.’ It shall not come to mind, or be remembered, or missed; nor shall another one be made” (Jeremiah 3:16, NRSV).

This concept finds a more modern echo in Ellen White’s Thoughts from the Mount of Blessings: “But in heaven, service is not rendered in the spirit of legality. When Satan rebelled against the law of Jehovah, the thought that there was a law came to the angels almost as an awakening to something unthought of. In their ministry the angels are not as servants, but as sons. There is perfect unity between them and their Creator. Obedience is to them no drudgery. Love for God makes their service a joy. So in every soul wherein Christ, the hope of glory, dwells, His words are re-echoed, ‘I delight to do Thy will, O My God: yea, Thy law is within My heart.’ Psalm 40:8” (MB 109).

Originally, in heavenly places, the law of God was so internalized that the angels were oblivious to its existence. For us, that can mean that the sacred and the secular merge into one. That is the real vision of Adventist holism: a universe where there are no limits to intellectual inquiry and no limits to the exuberant praise of our God.

What about eschatology? We are free to dream impossible dreams. My favorite is Isaiah’s vision of God’s vegetarian kingdom where no one eats anybody else. No one has ever seen a kingdom like that. What in God’s creation would a vegetarian hawk look like? I have no idea. But I dream of a world like the one Isaiah described. I close with his visionary and tantalizing words:

Isaiah 11:6-9 (NRSV): The wolf shall live with the lamb, the leopard shall lie down with the kid, the calf and the lion and the fatling together, and a little child shall lead them. The cow and the bear shall graze, their young shall lie down together; and the lion shall eat straw like the ox. The nursing child shall play over the hole of the asp, and the weaned child shall put its hand on the adder’s den. They will not hurt or destroy on all my holy mountain; for the earth will be full of the knowledge of the Lord as the waters cover the sea.

Photo by Faye Cornish on Unsplash