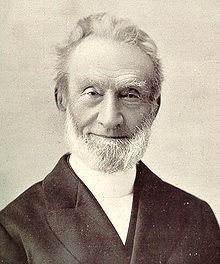 “My brethren, take the prophets, who spoke in the name of the Lord, as an example of suffering and patience. Indeed we count them blessed who endure. You have heard of the perseverance of Job and seen the end intended by the Lord — that the Lord is very compassionate and merciful.” —James 5:10, 11 NKJV

We all know Jesus’ parables about the persistent widow (Luke 18:1-8) and the persistent neighbor (Luke 11:5-8). His introduction to the first parable is, “men [and women] always ought to pray and not lose heart.” Jesus’ summary of the second parable is, “…because of his persistence he will rise and give him as many [loaves] as he needs.” This implies that the answers to our prayers may take a long time for God to arrange and work out. In fact, when we are praying for the conversion of friends, relatives, or others; we must remember that God will never force them to come back to Him. They may never return to God, but He gives them — and us — that option! Yet is He working because of our prayers? Yes, we know that God has done, and is doing everything He can to influence all to respond. Would He do any less for those we love and are asking Him to save, and for whom He also loves and wants in His kingdom?

George Müller (September 27, 1805 – March 10, 1898) is a modern-day example of persistence in prayer. Müller was a Christian evangelist and Director of the Ashley Down orphanage in Bristol, England. He cared for over 10,000 orphans during his life, and was well known for providing an education to the children under his care. He also established 117 schools which offered Christian education to over 120,000 children, many of them orphans.

He married twice: to Mary Groves when he was 25, and after Mary’s death, to Susannah Sangar when he was 66. Mary bore him four children. Two were stillborn. One son, Elijah, died when he was a year old. His daughter, Lydia, married James Wright, but she died in 1890 at age 57. Five years later Müller lost his second wife, just three years before he died. And so he outlived his family and was left alone with his Savior, his church, and thousands of children. He had been married to Mary for 39 years and to Susannah for 23 years. He preached Mary's funeral sermon when he was 64, and Susannah's when he was 90.1

Starting in 1844, Müller started daily prayer for five of his unconverted friends. Three of them accepted Christ, but the other two remained unconverted until his death. About two or three weeks after the funeral, one of them converted to Christianity. It was not long after that, the final friend of George Müller accepted Christ as his Savior. George’s prayers were answered, but not in his lifetime!2