Our Moment at Jabbok

Our Moment at Jabbok 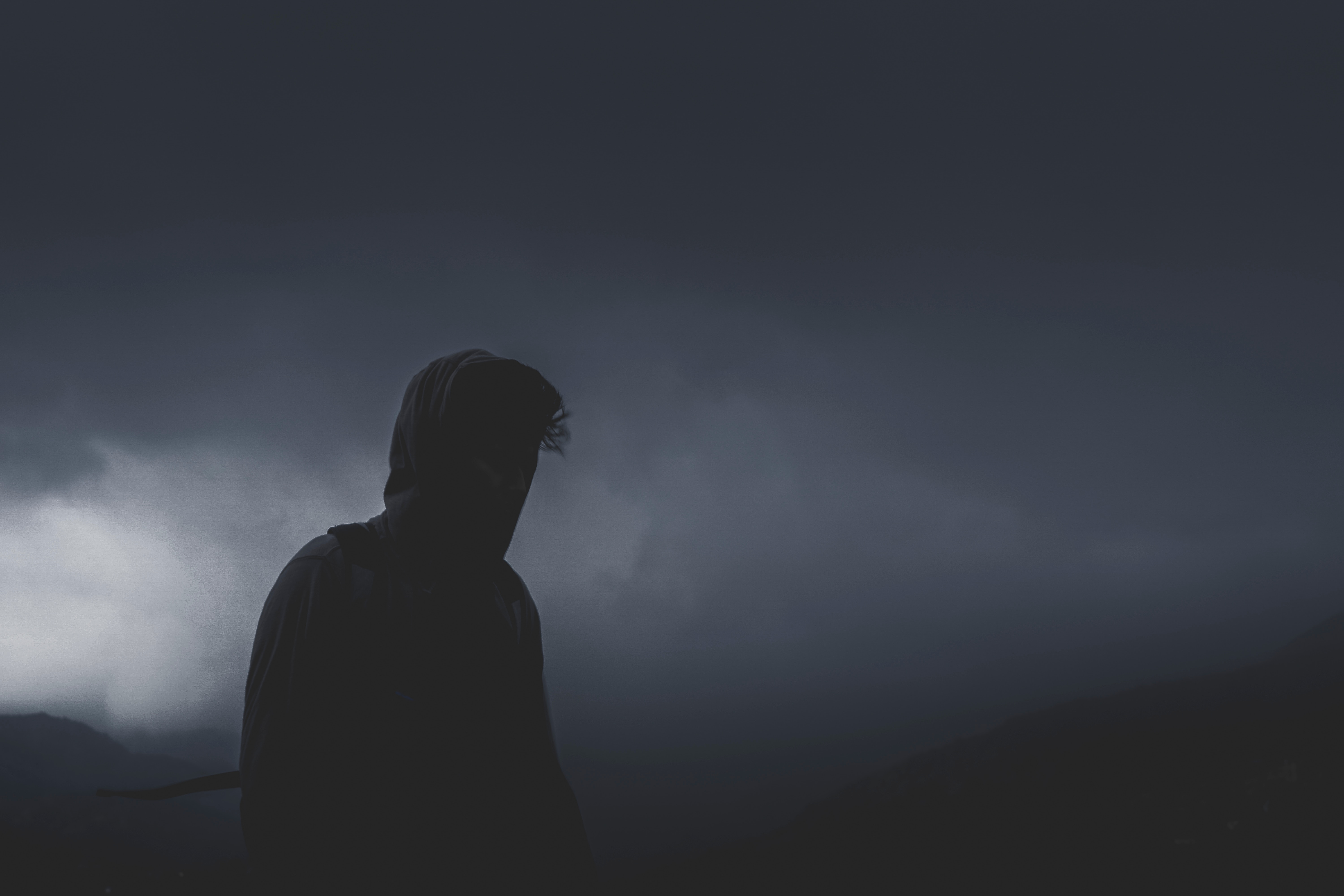 In story and in myth, crossing rivers signals a shift of identity, the overcoming of not only a natural force but of a personal barrier to a new experience. In Greek mythology the River Styx is the boundary between life and death. In Norse mythology the Ifing River separates Asgard, the land of the gods, from Jotunheim, the land of the giants. It runs so swiftly that ice can never form on it, and thus it is an effective barrier for any giant who wants to take on the gods. The Jabbok River, a tributary of the Jordan River, is the place where Jacob wrestles with God before he meets his estranged brother for the first time in years.

Jacob sent his family, his household, and all his possessions over the river before the sun went down, but now in the darkness he is alone. Scripture can be so stringently laconic at times: the text in Genesis 32 simply says, “Jacob was left alone; and a man wrestled with him until daybreak.”

Spiritually, Jacob is at a crossroads in his life. Even within the womb he struggled to gain an advantage, but Esau emerged first. Esau had the brawn; Jacob had the guile. What he couldn’t get through honest effort, he gained through deception. But he had his comeuppances, too. The blessing he had stolen from his brother as he deceived his father curdled in his heart: his beautiful bride, Rachel, was found instead — on his wedding night, no less — to be her stolid and morose sister, Leah. His servitude to his father-in-law, Laban, a man renowned for his chicanery, stretched on year after year. Jacob survived through cleverness, bordering on fraud.

He had his moments of light though. Making his way through the desert, he lay one night under the stars and dreamed he saw a ladder stretching to the heavens, alive and glowing with angels, stunning in their beauty and haughtiness. When he awoke, gasping and disoriented, all he could whisper across the sands was, “Surely the Lord is in this place — and I did not know it! How awesome is this place! This is the house of God and this is the gate of heaven.” And so he called it Beth El.

But this night he is alone with his anxieties, a man approaching middle age who carries responsibility for an extended family, slaves, and herds. Jewish philosopher Martin Buber saw in Jacob the existential man, wrestling with life’s questions until he wins through to some spiritual release.

Psychologically speaking, we can see Jacob struggling with his Shadow, the part of himself that he could not acknowledge, that constantly raised its head to confront him with his weakness, his suspicion, his fear, and the ache in his heart that pounded into him with every breath that he would never be good enough for his father.

In Carl Jung’s development of the Shadow it appears in our dreams as a figure of the same sex as ourselves whom we fear or dislike or regard as inferior. In trying to live up to the standards of conduct set for us by parents, church, and society, we identify with those ego ideals and reject the qualities that contradict them. “But the rejected qualities do not cease to exist,” says John Sanford in Evil: The Shadow Side of Reality, “simply because they have been denied direct expression. Instead they live on within us and form the secondary personality that psychology calls the Shadow (50).”

Unless we recognize them and integrate them into our consciousness, they will only cause us pain and confound our psychological and spiritual growth. But the shadow personality can also be a positive force for us if we can relate to it in the correct way. If we have always repressed anger in an attempt to be kind and “Christian,” it becomes part of our shadow. But if we can integrate part of that capacity for anger it can help us become stronger, more resolute people, who are able to respond in a healthier way to intolerable circumstances and especially to injustice. Sanford offers the example of Jesus’ anger in driving out the money changers who were profaning the Temple of God. “Obviously, Jesus’ capacity for controlled anger gave his personality a strength that he would not have had had he lacked the capacity for such a response,” notes Sanford.

People in whom the Shadow is repressed often lack a sense of humor. They are not able to see themselves as anything but striving for perfection — and humor is often a release for all the tension that comes from falling short — and from falling. If we can have humility without humiliation, then we can laugh at ourselves in those awkward situations. The Shadow helps us forgive ourselves and others, too.

Jacob at Jabbok is one of those stories that stays with one throughout a lifetime. It is about a man being reborn through struggle and suffering, who wins through failing, and who limps off into the sunrise a hero. He had been passive-aggressive all his life, looking for an advantage where he could not prevail through strength or credibility. Now, as he struggles through the night, he puts his whole heart into it, assertive, not violent — so alive for the first time that the superior strength of his opponent is his joyous challenge. Even as the Stranger strikes his hip, throwing it out of joint, Jacob will not let him go without a blessing.

The audacity of one who sees his spiritual liberation within his grasp is stunning. And in that moment his name, Jacob, “The Supplanter,” is flung away, and a new name, Israel, “The God-Striver,” pours down on him like oil. As the first light strikes the mountain tops in the distance, the Stranger slips out of Jacob’s sobbing grasp, lowering him to the ground.

When he rolls over and looks around, he is alone again. Once, he had seen the angels; now, with a thrill of awe, he struggles to his feet: “I have seen God face to face and lived!”

The ability to admit one is wrong and to change one’s ways and direction is part of the toolkit for any Christian. Lord knows we get enough practice at it to be experts, but it’s a lesson we apparently must learn and relearn. As individuals, we may stop in our tracks, look back, see where we diverged, and change course. As institutions? Not so much.

It takes humility to admit that we are wrong; it takes perception to see it. To perceive is to see our situation with new eyes: that we may be right in our results, but wrong in how we got them; that we may have magnified the incidentals and overlooked the essentials; that we may have gotten some of it right — but there’s so much more to discover.

Jacob struggling at the River Jabbok is a metaphor. Facing his greatest crisis, he bares his soul like an offering. The struggle is not about winning, but about dying and being reborn. Jacob struggles against himself that his true self might emerge. He bears in his flesh the wound that never heals, every step the ache of Love’s weight. From now on, Jacob’s empathy for those frozen in their pride draws them to him; he becomes a warming, healing presence to those whose self-righteousness wedges them apart from others.

This is our Jabbok moment as a church. As we confront our hubris and our guile we may finally acknowledge our shadow. “True justice must resolve a conflict in a way that leaves the community whole,” writes Paul Woodruff in The Ajax Dilemma. “It’s not merely what you decide that matters, but how you decide it, and how you communicate the decision.” We have thought of ourselves as templates for perfection, nothing short of a model for the world. But we are humans, fretful in our weaknesses, and yet bright with promise. If, as a church, we struggle now for a rebirth, we will hear God’s breath close to us. “I never asked for perfection,” God will say, “only that you become complete. And I will take care of that.”

Our changes now are painful, extended in time, bending our form to the breaking point. That is how change is made in this dimension of time and space. On this plane our changes usually cause friction and disturb the peace. There is a time coming when we shall all be changed, in a moment, in the twinkling of an eye, as we are transformed from the perishable to the imperishable.