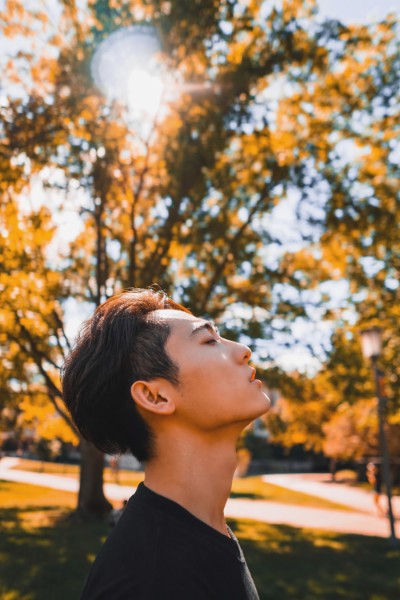 Similarly, it would be redundant to say that certain leaders are good; of course they are good; their influence as leaders depends on their goodness. We should not say that a leader is bad; we should say, instead, that this person has failed to be a leader. —Paul Woodruff, The Ajax Dilemma

In the range of emotions that we experience, disappointment falls somewhere between sorrow and resentment. It does not cut as deeply as sorrow nor does it fester like resentment. It comes from a 15th-century French word, disappointen, which meant, unsurprisingly, ‘to remove from office.’ It brings to mind failed expectations, a setback, something that we wish had not happened. But we’ll recover, given time. It could have been worse.

The Great Disappointment of October 22, 1844, is a formative part of Adventist history. We pay more attention to it, liturgically speaking, than we do to the resurrection. It forms the crucible out of which we were poured, as a religious community, with a new purpose and justification for mission. In the strictest sense, it is our primary mythos, our origin story. We’ve been carrying our disappointment in our pockets ever since.

The Adventist pioneers who had set their sights on heaven suffered deeply, agonizingly, when their end-time prophecies misfired. Many had committed their money to the cause, left their crops to wither in the fields, and sold their possessions, even their homes. They were invested in this in a way that is something of a wonder. It wasn’t so much the loss of material things; those could be replaced. It was the complete dashing of hope, the blackness of night that lasted after the sun rose, the bitter realization that this shadowy and twisted world would hold them in its grip until death after all.

This is more than disappointment; it is abject defeat, humiliation, and loss. Perhaps it was the taciturn nature of those New England Millerites that kept the grief taut and held it to ‘disappointment,’ albeit a Great Disappointment.

Social psychologist Leon Festinger’s landmark study, When Prophecy Fails, on the Millerites and a UFO cult, introduced us to cognitive dissonance, the state of mind that arises when our deeply-held beliefs and behaviors are at war with one another. We seek cognitive consistency and a reduction in the dissonance. Typical responses to it include rejection, resentment, retrenchment, and reinterpretation. Adventists, for the most part, chose reinterpretation. They admitted they were wrong about the particulars, but right that there was a cosmic event.

Once bitten, twice shy. The early Adventists were not about to set a date again for the Second Coming. Everybody can see when you’re wrong on that one. Instead, they reinterpreted the event horizon to something theologically unique, but spiritually moribund — the investigative judgment. While it refocused the energy that had flagged in the wake of October 22, it has been a puzzlement to many members and to theologians from outside the tradition.

There is something about failing so spectacularly at the outset that sets a people apart for generations to come. Adventists have a mark of Cain upon them, a collective sense of social inferiority that causes them to trot after celebrity. Sometimes it provokes pity within their non-Adventist or secular friends, but more often it results in confusion. Those who are better acquainted with our eschatology — perhaps through a Revelation Seminar — may hold faint admiration for how we picked ourselves up, reinterpreted our mistakes, and turned defeat into a global educational, health, and religious enterprise of 20 million people.

But, in a knife fight put your money on the one who wields Occam’s razor.

There are probably many theories as to why the Adventist church is at this juncture right now. The simplest one is that leadership’s hostility toward women’s ordination became an issue of divine right to rule. At stake is the question of justice, just that, of what is right and fair for those involved. It’s a minimum standard, what most democratic societies strive for in one way or another, because without it the other civic virtues — freedom, respect, equality, opportunity, honor — are in jeopardy.

And if the leadership of the General Conference continues to align with injustice and authoritarianism it will find it has become irrelevant. Regretfully, but decidedly, many of us will turn away to try to live out what the Lord requires of us: To do justice, to love kindness, and to walk humbly with our God. The imperatives are simple; the carrying out of them, as always, is a matter of faith and grace.

We need a new language, one that can expand our meanings as needed and that just says no to the brittle formulas of authoritarianism, sexism, and literalism. We will live, as disciples, within parable, metaphor, analogy, allusion, indirectness. Anything but a bald, braying literalness whose faint light only illumines disappointment. “A faith-language will be always open enough for a God who has more truth to teach us,” writes Mark Oakley in The Splash of Words, “who ‘speaks,’ not ’spake.’ It will be a language that finally reads us more than we read it, helping us to listen to our life.”

We need to rediscover the beauty of the Sabbath, not as a commandment or a ticket to a heavenly excursion to the New Jerusalem, but as a potent symbol of creativity, exodus out of oppression, solidarity in suffering, care for this earth, and blessed rest.

We need a vocabulary that can account for “the evil that men do” as well as the weight of glory that humans bear. We need to take seriously the human comedy and to understand tragedy in all its severe beauty and dignity. We need to regard prophecy as a compass that points us to our true north of faithfulness to Jesus’ words and life. We need to see the extraordinary nature of the Bible as revelatory literature and poetry.

We need a consciousness that regards women and men as full citizens of creation, engaged joyfully in a circle of work and worship and play, not a ladder of competitiveness and condescension. We need the humility to grasp that the only uniqueness to which we need aspire in this world is that for which all Christians are called — to take up our cross and follow Jesus. We need the empathy which recognizes that our crosses are our own. And we need the steadfastness that keeps us on our journey of faith, even when some would compel us to return to a time that no longer exists. Instead of anger against leaders who divide us, we can regard them with mild disappointment — and continue on.

We need to reinvent Adventism for our time. Something leaner and more supple, more informed by faith and imagery and poetry and less throttled by policy; Earth-centered, with a hope that begins here of something eternal beyond.

Since no one knows the day nor the hour of the Kingdom still to come, we need to rejoin the work of being Christ’s hands in the world and leave the finishing of it up to God. Like a farmer who works the fields, reading the weather and the land, we can be aware of the change of seasons without the delusion that we are causing them. We can work with diligence, looking ahead of us and around us. And someday, as only God knows, we will be surprised by joy from above in the midst of our sowing.