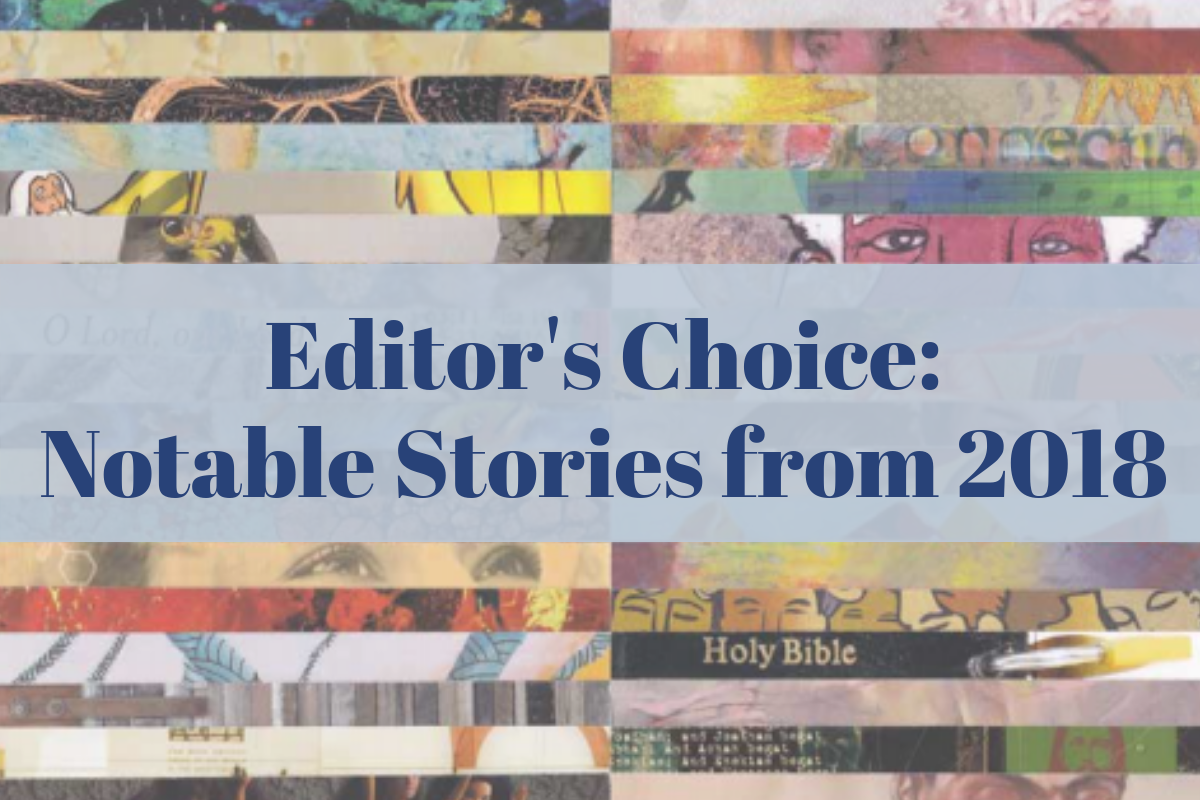 In addition to our breaking news coverage in Adventism, which often gets the most discussion (see our round-up of most viewed stories in 2018 here), Spectrum has been dedicated since its beginnings 50 years ago to creating a platform for thoughtful and reflective perspectives, essays, and narratives.

In 2018, we published over 750 articles online, covering a diverse array of topics that included art, music, church history, social justice, current events, popular culture, and so much more. It would be nearly impossible to reflect on all of the important content from this year, so instead, the Spectrum editors have chosen 10 pieces they found memorable. These are articles, essays, and interviews that invited conversation on history, art, the Bible, and more, and that truly embodied Spectrum’s mission of “community through conversation.”

Please enjoy these 10 notable articles chosen by our editors (in order of publication date): 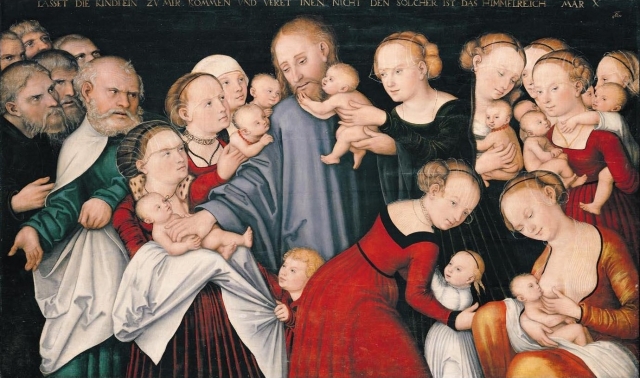 1. “Art and Morals: Two Aspects of the Same Struggle” by Lillian Rosa Correa

In this essay, Lillian Correa discusses her encounter with a painting by 15th century artist Lucas Cranach the Elder. Correa writes “As I gaze upon Cranach’s rendition of Jesus blessing the Children (attention), and as I gaze upon the exchange of love from the eyes of this particular Jesus and these particular mothers (love), I am compelled to respond to the most powerful reaffirmation of my womanhood in God’s eyes, especially in these anxiety-ridden #MeToo times.” 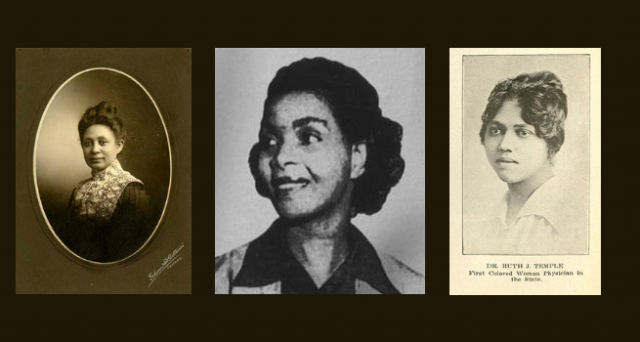 2. “Hidden Figures: Black Adventist Women Who Made a Difference” by Benjamin Baker

In this three-part series, Benjamin Baker highlights three African American Seventh-day Adventist women who significantly contributed to society, despite facing the triple strike of color, gender, and religion in an often antagonistic world. The lives of Mary E. Britton, Irene Morgan, and Ruth Temple are profiled. 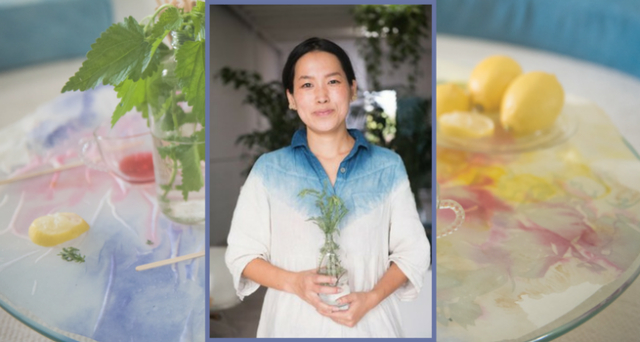 3. “Expression Through Living Art: An Interview with Kiyomi Fukui” by Alita Byrd

In this article, Spectrum Interviews Editor Alita Byrd chats with artist Kiyomi Fukui, daughter of a Japanese Adventist pastor, graduate of La Sierra University, and a resident of Long Beach, California. Fukui discusses how her garden art exhibitions represent life beyond tragedy and how her latest project creates a visual representation of collective honesty. 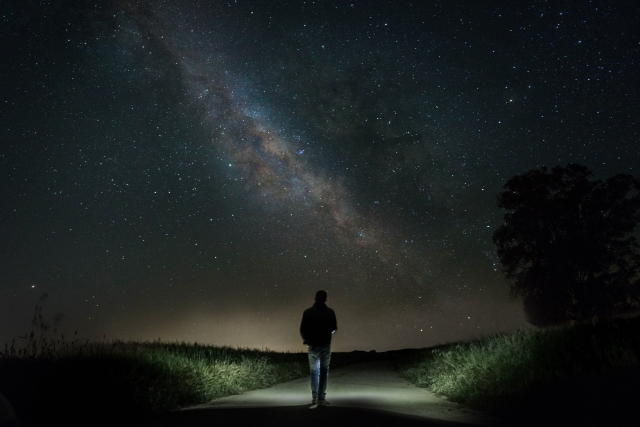 Those already familiar with weekly Spectrum contributor Barry Casey’s essays know they offer deep reflections on theology, philosophy, the Bible, and life’s mysteries. In this moving personal reflection, Casey invites readers on a journey through the Bibles that have shaped his life. He writes, “I find I can trace out the course of my life by looking at the Bibles on my bookshelves, each one having played a role in my life that was both episodic and cumulative.” 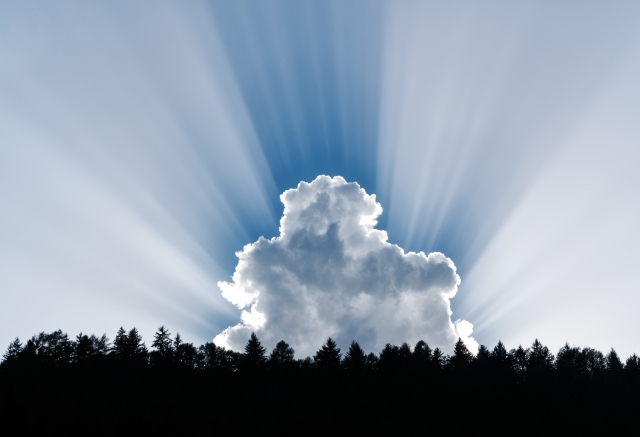 5. “‘Till I See Jesus’: Looking for Jesus and Finding Him Near” by Beverly Beem and Ginger Hanks Harwood

Using primary source material including letters written by members of the Advent movement following the Great Disappointment, Beverly Beem and Ginger Harwood showcase the turbulent emotions and fervent hope that co-existed in its wake. “We, too, as the spiritual heirs of those living in the ‘patient waiting time,’ can look forward to the future when ‘he that shall come will come,’ while currently rejoicing in the peace, fulfillment, and satisfaction of living in the presence of God,” write the authors. 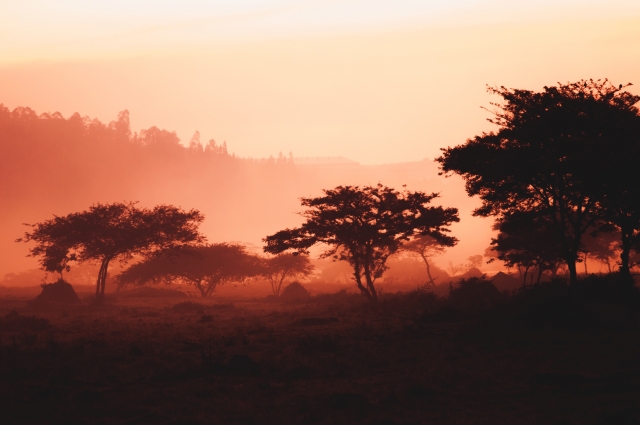 6. “I Can Only Imagine: A Vision of Peace and a Place of Sanctuary” by Carmen Lau

In this three-part series, Carmen Lau, board chair-elect of Adventist Forum, reflects on her recent trip to Rwanda as part of her research thesis for a Master’s in Anthropology, Peace, and Human Rights at the University of Alabama – Birmingham. She explores what led to the 1994 Rwandan genocide, how the Church is healing in the wake of its involvement, and where we go next. In Part 3 Lau writes, “What if the Adventist Church offered a vision of peace and a place of sanctuary? What if we go beyond ‘Happy Sabbathing?’ Could we create a transformative space of REI [respect, empathy, inclusion] where we refuse to submit to powerful voices that scapegoat the Other?” 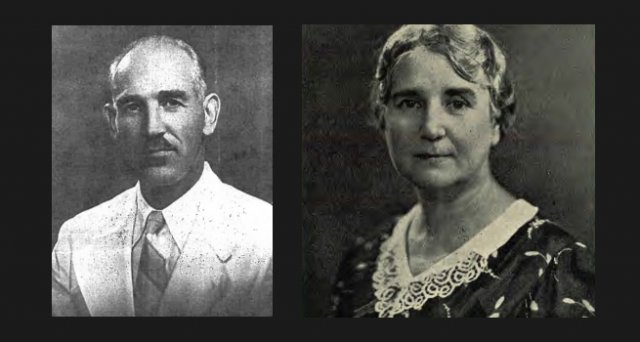 7. “My Missionary Family in Korea” by Alita Byrd

For Alita Byrd, a trip to Seoul this year sparked a renewed interest in her great-grandparents who served as some of the first Adventist missionaries to Korea, from 1917 to 1932. In this article, through photos and interviews, she outlines what life was like for them in 20th century Korea and contrasts it to her visit over 100 years later. She writes, “After my visit to Seoul, I have a greater appreciation of my family history, and the brave and adventurous work that my forefathers and foremothers did. It was a thrill and an honor to go where they did — although the sights I saw were things they probably never imagined. I wish I could talk to them about Korea past and present. I wish I could ask them what it was like to live in Japanese-occupied Korea between the shadows of the two World Wars. They would be amazed at the changes of a century. They probably didn’t believe the world would last into the 21st century.” 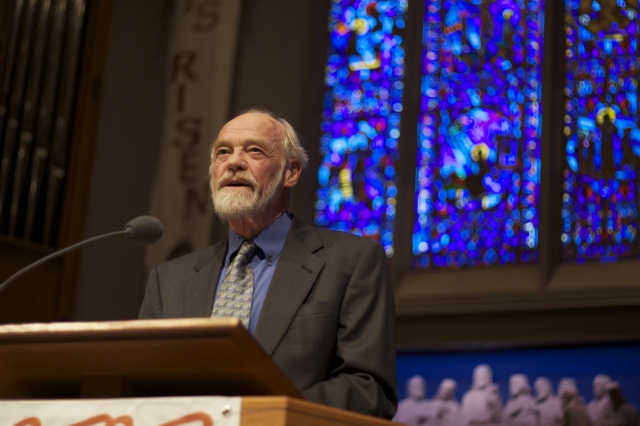 8. “Eugene Peterson and Me” by Sari Fordham

Sari Fordham recounts her friendship with Eugene Peterson, a prominent scholar and theologian, who passed away on October 22, 2018. She writes, “One evening at dinner, I told Eugene I was an Adventist. His eyes brightened. ‘I get a lot of letters from Adventists,’ he said. ‘I get more letters from Adventists than almost anyone else.’ I started squirming. ‘They tell me I’m right about a lot of things, but I’m wrong about the Sabbath.’ He laughed as he spoke. Before I could reply, he told me all the things he admired about Adventists. I can’t remember what he said. I just remember feeling seen in the most positive light.” 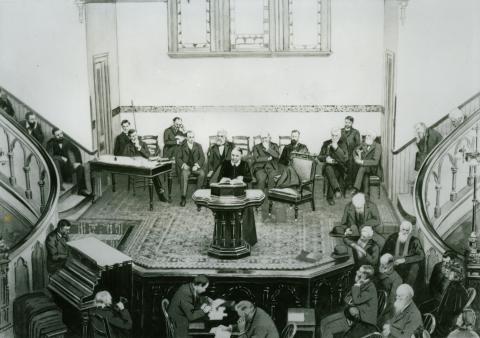 9. “Perspectives on Adventist Women and the Ministry” by Kendra Haloviak Valentine

Originally presented during the Adventist Forum’s 50th Anniversary Celebration in September 2018, Haloviak Valentine’s presentation offers important insights into the work of female pastors throughout the Adventist Church’s history, including Ellen G. White’s words on the matter. Haloviak Valentine writes, “In 1968, an Ellen White statement about ordaining women was rediscovered. She wrote the statement after witnessing the work of women ministers. In some ways, we have been wrestling with the statement’s meaning for the last 50 years.” 10. “Paradise Adventist Academy: A School without a Town” by Alex Aamodt

The Camp Fire that began on November 8, 2018 and took over two weeks to contain is considered the deadliest and most destructive wildfire in California history to date. Spectrum reporting intern Alex Aamodt traveled to Paradise, California to cover the effects of the fire on the Adventist community there. He writes, “As the sun rose on Thursday, no one imagined that in mere hours, many would be fighting for their lives, the church would be burned to the ground, the school would be nearly razed, and the hospital partially enveloped; soon, the entire town would run for their lives. And a recent academy graduate would be missing.”

We look forward to providing you, our readers, with more thoughtful and thought-provoking content in 2019. If you’ve appreciated our coverage this year, please consider supporting us with a year-end donation. As a non-profit organization, your gifts help make content like this possible.