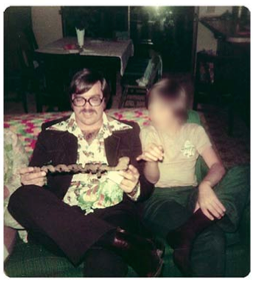 Two men are suing the Seventh-day Adventist Church for $13.5 million for allegedly allowing a convicted child molester to be a Pathfinder youth leader.

Victims identified as D.M. and F.D. allege that Leslie “Les” Bovee, a former Pathfinder leader in Junction City and Veneta, Oregon, began sexually molesting them in 1975 and the abuse continued for six years. Now D.M. and F.D. are in their early 50s.

The lawsuit, filed on August 26 in Multnomah County Circuit Court, claims the Seventh-day Adventist Church knew Bovee was a sexual predator but appointed him as a youth leader anyway.

D.M. and F.D. are each seeking $6.5 million for emotional trauma and an additional $250,000 for past and future counseling and medical expenses.

Portland attorneys Stew Crew and Peter Janci of O’Donnell Clark and Crew, LLP are representing the plaintiffs; they have a history of taking childhood sexual abuse cases against the SDA Church and other large organizations, such as the Catholic Church and the Boy Scouts of America.

“We intend to prove that the SDA Church knew that Les Bovee was a pedophile and child molester before they even let him in the door. But they still failed to warn parents, inform police or prevent this man from being around children,” said Crew.

“The Adventist Church feels very compassionates toward these individuals,” said Whittemore in a phone interview. “We have been aware of their claims for some time and we have been trying to work with them to resolve their claims.”

Unable to reach an agreement, D.M. and F.D. decided to go to court.

The men’s attorneys claim that this incident with Leslie Bovee is not an isolated incident.

SDA Church documents state that over 400 claims were made against the church from 1992-2011 involving over 525 child victims. These claims have cost the church more than $30 million in the United States alone.*

According to the Seventh-day Adventist Church’s overview of investigative cases from 2000-2011, male victims “may be reluctant to come forward to report abuse in a ‘conservative’ Protestant culture that promotes heterosexual marriages.”

The report also indicates that in the case study conducted, children made up 65% of the reported abuse victims in the church from 2000-2011.

Plaintiffs F.D. and D.M. are hopeful their lawsuit will bring attention to the issue of sexual abuse within the Seventh-day Adventist church. “We are just trying to do our part to help make sure that this kind of situation never happens again.”

In October 2011 the North American Division of the Seventh-day Adventist Church and Adventist Risk Management joined forces with Shield the Vulnerable, an organization dedicated to the protecting the vulnerable against mistreatment. Although many churches and conferences already had background check policies in place, this work policy requires training courses and background screening for all volunteers working with children or youth in Seventh-day Adventist ministries.

According to an Adventist Risk Management newsletter from May 2012, this program raises awareness by training adults and young people how to: “Identify signs of abuse or neglect, know how to report suspected abuse, know the techniques and methods of predators, [and] know how to interact appropriately with children and youth.”

Leslie Bovee was indicted several times between 1979 and 1980 for the abuse of SDA youth members. He later fled to Alaska in the company of a boy he allegedly abducted. Currently Bovee is living in Myrtle Creek, Oregon and is not a registered sex offender.

The General Conference has not yet responded to requests for comment.

*Read a detailed report in the Journal of Adventist Education, April/May 2013, including abuse statistics.

Rachel Logan is an intern at Spectrum.