Adventism and Fundamentalism Cannot Thrive Together

Adventism and Fundamentalism Cannot Thrive Together 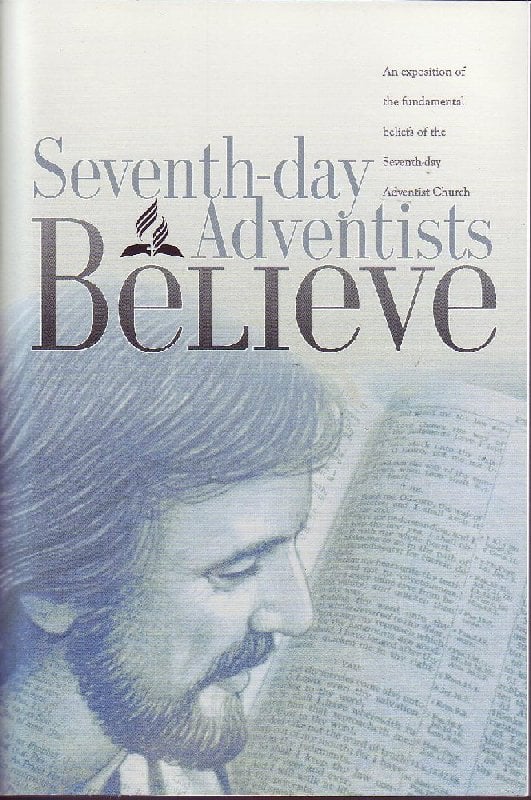 The founders of the Seventh-day Adventist Church wanted the freedom to study the Scriptures for themselves, and to follow the Bible wherever it would lead them.  “Why should we end the reformation with Martin Luther, John Calvin, Menno Simons, Thomas Cranmer, or John Wesley?” was the sentiment among our pioneers.

The preamble to our Fundamental Beliefs clearly identifies the Bible as our only creed and therefore states that revisions to these statements (now 28) should be expected at future General Conference Sessions (as our understanding of the Scriptures continues to develop).

So if the 28 Fundamental Beliefs are not a creed, what are they?

They must be a “working document,” not the “final word.”  What this means is that there should be room for continual dialogue and differing viewpoints within Adventism.  I have heard this idea expressed as “Big Tent” Adventism (very appropriate for those who grew up with the Adventist tradition of attending Camp Meetings annually).  There should be room for everyone, and especially room for the Holy Spirit to continue working.

Who knows?  At some point in the future, we may look upon some of the 28 Fundamental Beliefs with the same bewilderment evident in our current assessment of the anti-Trinitarian views of early Adventism.  The Scriptures never change, but our understanding of them continues to evolve.

The 28 Fundamental Beliefs must therefore be “descriptive” (a description of what the majority of Adventists currently believe), and not “prescriptive” (what every Adventist must believe).  Membership is determined by the vote of a local congregation.  We were organized as a worldwide church for the sake of mission, not doctrine.

If Adventists are truly non-creedal, then we can learn from the Baptists.

Tom Beers, a Baptist pastor, has written an interesting paper about the structure of the Baptist denomination. Here I have added my comments in parentheses.

“Baptists are a non-creedal people.  (So are Adventists)  This is one of the historic distinctions of the Baptist movement; but it is a principle that is often misunderstood, overlooked, or simply forsaken in Baptist life.  (Is this also true for Adventists?)  For many, the principle of non-creedalism stands as an historic artifact that has little or no relevance to how we live our faith collectively.  (Are Adventists like this?)  In fact, the principle of non-creedalism is a crucial, defining part of our Baptist identity and practice, and it is an integral expression of the Baptist valuation of Scripture.

“Walter Shurden has written eloquently and passionately about Baptist non-creedalism, in his book Four Fragile Freedoms.  Shurden points out that Baptists have rejected creeds for two very good reasons.  First, no one interpretive statement can adequately capture the meaning of and movement of the Holy Spirit through Scripture.  Secondly, Baptists have been wary of the tendency of institutionalized structures of power to use creedal statements coercively to silence minority and/or dissenting voices, thereby violating soul liberty. (Does this happen in Adventism?)

“… even if every Baptist agreed on one particular interpretation of Scripture, the Spirit can ever and always move in and through Scripture such that we hear the word anew in the changing contexts of our lives.  When we replace Scripture with a human creed we close ourselves to the movement of the Spirit.”

Tom Beers then quotes from Walter Shurden’s book, telling us that “Shurden offers an insightful description of what happens when we disregard the historic Baptist suspicion of creeds.  Shurden says:

“The pattern of a growing restrictionism, documentable in Christian history generally and made explicit in Southern Baptist history, goes like this.  First, strong affirmations opposing all creeds are made …  Second, a group, such as fundamentalists, emerges and calls for a strict theological orthodoxy.  Third, they issue a call for a confessional statement, as Southern Baptist fundamentalists did in 1925, to guard the orthodoxy.  Fourth, they call for the imposition of the statement to guarantee the orthodoxy.  By that time Baptists have left their heritage.  Baptists, if they are to be historic Baptists, are required to resurrect their tradition of anti-creedalism and to resist statements about the Bible that limit access to the Bible and that codify human understanding of biblical theology.”

Read the above paragraph again.  Are Adventists following the same trajectory?

One of our very own pioneers, J. N. Loughborough, famously declared that “The first step of apostasy is to get up a creed, telling us what we shall believe. The second is to make that creed a test of fellowship. The third is to try members by that creed. The fourth is to denounce as heretics those who do not believe that creed. And fifth, to commence persecution against such.” (Review and Herald, Oct. 8, 1861)

My intent in this article is not to question any one of our 28 Fundamental Beliefs (others have accepted that role within our community).  My primary responsibility as a local church pastor is to point my members to Jesus, and build relationships in my local community.  However, I have observed a “fundamentalist” mindset overtaking Adventism that undermines the impulse of our pioneers for freedom in matters pertaining to doctrinal development.  (I use the term “fundamentalism” loosely in reference to an attitude of intolerance and a resistance to change, rather than specifically to a movement within Protestantism during the early 20th century with a focus on the “five fundamentals” to counteract the effects of Modernist [classical liberal] theology.)

When the 28 Fundamental Beliefs are used as a creed, spiritual growth is stunted.  We are no longer learning.  We are stuck.  There is no progress.  Again, if that had happened during Adventism’s early days, we would have never officially recognized the Doctrine of the Trinity.  I believe that, as Seventh-day Adventists, we can make a positive contribution to Christianity.  But we can also learn just as much (and probably a lot more) from other Christians.  We don’t have all of the pieces in the puzzle.

Instead of placing the emphasis on a need to be right, we should focus on an even more important need: the need to be open-minded (and thus tolerant, and loving).  As a pastor, I have often witnessed church members who need to be right relating very harshly toward others when they disagree, both within the church and outside the church.  Recently, a church member cut the electric cord for the coffee machine in the fellowship hall and put salt in the coffee beans. (I could not make this stuff up.)  Where does this attitude of intolerance come from?

Being open-minded does not necessarily mean agreeing with the other point of view.  It means being willing to listen.  It means being willing to accept those with different views as valuable members of the community (unless they are being disruptive).  Being open-minded encourages conversation and it is an attitude that is much more closely aligned with the DNA of our church from its inception than a more “fundamentalist” attitude.  Our pioneers were open to new ideas.  They were not “fundamentalists.” (I am referring to an attitude and thus not using the term anachronistically).  In fact, it was those who acted like “fundamentalists” that were expelled from their religious communities.  Adventism was supposed to be a movement within Christianity, not a brand new denomination.

There is a big difference between stating that our 28 Fundamental Beliefs describe what a majority of Adventists currently believe, versus implying that these statements are the only valid interpretations of the Bible from this point forward.