Why I No Longer Believe in Last Generation Theology 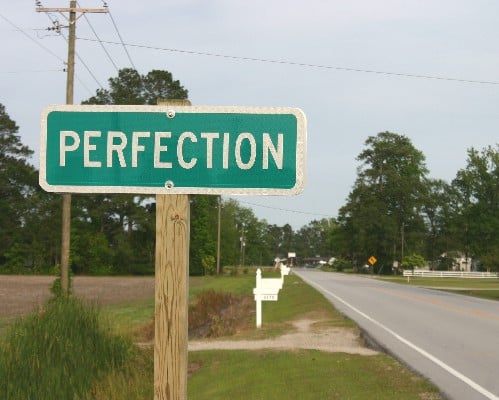 Growing up in the Adventist church, I was exposed to a brand of Adventism promoting what has been identified as Last Generation Theology (LGT).  We were taught that those in the church who disagreed with LGT were in apostasy.  It was much later, while studying in the seminary, that I discovered LGT didn’t enter Adventism until the 1930s.  It was introduced by Adventism's premier theologian during that period, M.L. Andreasen.  The concept is not new, however.  I have also learned that the Pharisees had their version of LGT.  They firmly believed that if Israel kept one Sabbath perfectly, the Messiah would come immediately.  That is why they wanted to get rid of Jesus when he broke their Sabbath rules.

LGT proponents like to cling to one particular quote by Ellen White.  She writes, “Christ is waiting with longing desire for the manifestation of Himself in His church.  When the character of Christ shall be perfectly reproduced in His people, then He will come to claim them as His own” (Christ’s Object Lessons, p. 69).  When I view this quote now, without an LGT bias, it becomes clearer that Ellen White is not necessarily talking about sinlessness, but setting aside our differences and being loving, just like the disciples in the upper room before the Holy Spirit was poured out.  Jesus says the end will come when the gospel reaches everyone (Matthew 24:14).  He also says that everyone will know we are his disciples when we love each other (John 13:35).

The focus of LGT is character perfection.  From an LGT point of view, Jesus hasn’t returned because he is waiting for a generation that is sinless in order for God to prove that his law can be kept perfectly.  LGT teaches that God is depending on us to vindicate his character.  If we could demonstrate to the watching universe that God’s law can be obeyed, nobody would have an excuse.  We would prove Satan wrong!  God would be reasonable in his expectations.  I now see this as blasphemy.  Jesus fully vindicated God’s character on the cross.  God is love.  We cannot take Jesus' place and fulfil that role.

Instead of partying with my peers, I spent most of my teenage years trying to be perfect.  I tried to have only pure thoughts, and to conquer my temper and other character flaws.  After all, God was relying on me to overcome sin!  I didn’t want to delay his coming any longer.  I also knew that the time was coming when “probation" would close and we would be without a mediator.  I had to be sinless by then.  Much later, I was relieved when someone pointed out to me that we will always have a Savior.  At that point, there may be no more switching of sides (requiring a mediator, see Revelation 22:11), but our sins are covered by Christ’s blood until the end when we are on God’s side.

Although this theology did spare me from the consequences of a typical teenage rebellion, LGT can be just as (if not more) harmful emotionally and spiritually.  Even though we were told that we could overcome sin through Christ’s power, the focus was not on Jesus.  I focused on my behavior.  How was I performing?  Isn’t that what the whole universe was supposedly focused on?    Every time I messed up, I knew I would be lost unless I repented and started again from scratch.  That was not a joyful Christian experience.  It was miserable!  I desperately wanted to be perfect so that I could be a part of the Last Generation.

I now see Christianity as a relationship.  Because God is love, he created us for a relationship with him.  That is our purpose.  It is why we exist.  Since we are born on a rebellious planet, God's primary objective is to win our hearts.  He wants us to trust him.  However, when we give God our hearts, we still have the weaknesses of the flesh.  Even though our hearts are in the right place, we still mess up.  When we fail because of the flesh, we do not lose our salvation.  We haven’t turned our back on God.  We love God.  We want to do what is right, and when we get a new body at the resurrection (without any weaknesses), we will not be rebelling in heaven.  It’s because God has won our hearts.  We trust him.  We love him.

It’s like a marriage (a biblical metaphor for our relationship with God).  I am not a perfect husband.  I make mistakes that hurt my wife (not physically).  However, because I love my wife, I am sorry when I mess up.  I don’t want to hurt her.  When I mess up, I am still married to her.  I haven’t turned my back and walked away.  We are still in a relationship.

The only way to lose your salvation is to deliberately turn your back on God and walk away from him.  He will never leave you.  Even if you reject him completely, he will try to win your heart again.

I am convinced that we will never be perfect.  We don’t have to be.  When we are in a relationship with God, our sins are covered by Christ’s blood until the end.  If God has won our hearts, we will get a flawless new body when Jesus comes.  That is when our new hearts will finally be compatible with our bodies because our bodies will also be new.

Am I trying to make excuses for sin?  Not at all.  In fact, the harder I tried to overcome sin, the more I failed and became discouraged.  Now I find that when I focus on my relationship with Jesus, the sins that seemed so appealing before, start to lose their power in his presence.  It’s miraculous.