Viewpoint: How Our Understanding of Homosexuality Has Changed

Viewpoint: How Our Understanding of Homosexuality Has Changed 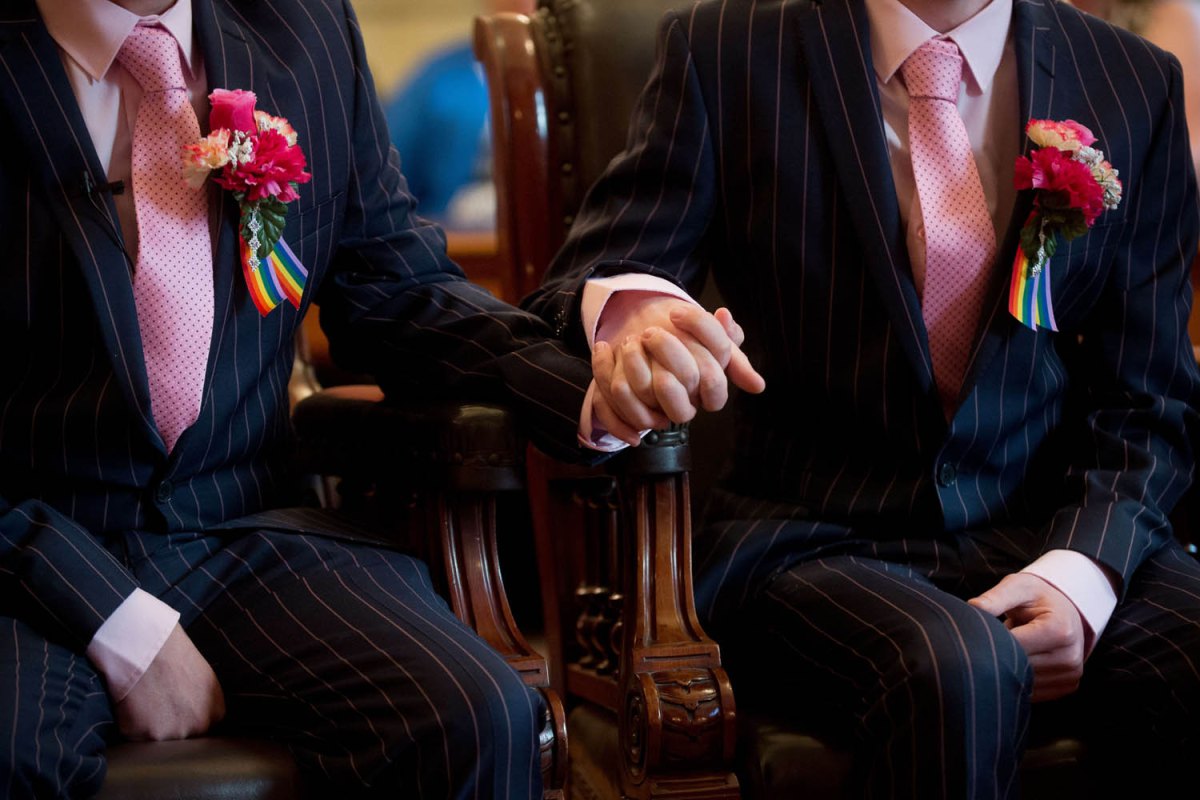 The recent Adventist Cape Town Summit "In God's Image: Scripture, Sexuality, Society" brought the topic of sexuality to the forefront of discussion for our church, and it continues to be talked about in churches, university campuses and other Adventist institutions.

It seems to me that there are two crucial questions that must be answered before we can deal with this matter properly.

The second question is: "Do gay and lesbian people choose their sexual orientation or is it something they are born with?"  If we consider it a chosen way of life, then it can be condemned.

However, if we think that the Bible is not dealing with homosexuality as we now understand it, and a person's sexual orientation is not that person's choice, we must take time to reconsider the issue more carefully. Let us look at these two questions more in depth.

While the Bible is authoritative, it does not address directly many issues we have to deal with today.  So many sociological changes have taken place, science has leaped forward and numerous technological advances have occurred since it was written.

(Questions such as these were never raised in the Bible: With low-cost genetic sequencing, how do we protect this very personal and private information?  Do we use this information to increase quality of life, or begin a new era of eugenics?  What limits do we place on 3-D printing?  How far can we go with stem-cells?  What are our responsibilities with climate change to those seriously affected by it?  We can mention many more examples.)

While the Bible does not deal with the specifics of different time and societies, we can apply its eternal principles to any situation.  Even when the Bible was being written, the rabbis had to make new pronouncements continually on how the ancient written law should be kept in a different age.

The most pressing issue at present is whether the Bible speaks directly to the issue of sexual orientation as we understand it today.  The Bible, we are all aware, condemns homosexual practices in the Old Testament and the New. Homosexual practice is not a new, modern thing.

If we were to deduce from what the Bible says, we would say the cause of homosexuality is men's sinful propensities; that the depravity of sinful men leads to unnatural perverted practices.

When we read these passages in the past, we understood that they referred to heterosexual men engaging in homosexual practices - doing the unnatural thing.  But our understanding has evolved. Society no longer believes that gay people are heterosexuals performing homosexual acts.  Now we understand that some people have an attraction to people of their same sex. They are not gay because they are depraved.

Then why are some people attracted to people of the same sex?  That to me is the crucial question we must answer before we can make any judgment.

Basically there are two possible answers to this question:

1.  They are really heterosexual, but they choose to do this unnatural thing: homosexual activity.  They are immoral and depraved.  And they should be condemned severely.  This is the biblical understanding.  And it was the understanding of people generally, lay as well as scientists, until about a century ago.

2.  They have no choice in the matter.  They didn't choose their sexual orientation.  As long as they can remember, they were attracted to their persons of their own sex rather than the opposite sex.

If the second answer is in fact the right one, we cannot blame or judge someone for being attracted to a person of the same sex.  It's the natural thing.  We do not condemn left-handed people because they do not follow the norm.  We do not condemn children with Down syndrome because they do not achieve the same results as typical children.  Ben Kemena in his article, "Biological Determinants of Homosexual Orientation" in Christianity and Homosexuality: Some Seventh-day Adventist Perspectives (ed. by David Ferguson, Fritz Guy, and David Larson) concludes:

“There is still little certainty on the subject except to say that sexual orientation is not a conscious choice. . . Studies of childhood suggest that sexual orientation trends can be identified as early as the ages of three or four years, but predictions for each child are far from 100 percent certain.  Body structure and studies of twins suggest a strong genetic link with homosexuality, as does direct gene analysis. . . Homosexuals are born as gay individuals, and, to date, we can neither predict nor alter this course" (p. 2-18).

A very long article in the Boston Globe (August 14, 2005) by Neil Swidey, "What Makes People Gay?" well-researched but written for the lay public, points to the same conclusion. While there is no complete unanimity regarding this conclusion, what is unanimous is the fact that sexuality is not a choice.  Here is his fair conclusion:

“Still, no matter how imperfect these studies are, when you put them all together and examine them closely, the message is clear: While post-birth development may well play a supporting role, the roots of homosexuality, at least in men, appear to be in place by the time a child is born. After spending years sifting through all the available data, British researchers Glenn Wilson and Qazi Rahman come to an even bolder conclusion in their [2008] book Born Gay: The Psychobiology of Sex Orientation, in which they write: “Sexual orientation is something we are born with and not ‘acquired’  from our social environment.'"

Another fact that has led me to conclude that homosexuality is something people are born with is the fact of birth abnormalities.  Most people are born either male or female.  But abnormalities appear.  Some might have some male features and other female feautres. Some are born with male or female sex organs but feel themselves to be the opposite sex, i.e. , transgenders.  Some are intersexual, i.e., neither male nor female.  If this is the case we cannot blame these people for their sexual inclinations.

In the past, when society believed that being a homosexual was a depraved condition and should be punished, people kept it as a secret —“in the closet.”  Even today in a more accepting age, some are still closeted.  Since talking about sexual orientation is only a recent thing, people with alternative sexualities were not known in previous times, including biblical times.

So in biblical times, gay people existed, but were not known.  Bible authors only knew heterosexuals who chose to take advantage of other heterosexuals and demonstrate their power through sex.

“In the times during which the New Testament was written, the Roman conquerors of the region frequently and openly engaged in homosexual acts between older men and boys, and between men and their male slaves.  These acts of non-consensual sex were considered normal and socially acceptable.  They were,  however, morally repulsive to Paul as today they would be to everyone — gay and straight."

The universally acknowledged authoritative reference on matters of antiquity is the Oxford Classical Dictionary.  Here is what the OCD (third edition revised, 2003) says in its section about homosexuality as practiced in the time of Paul: “. . .the sexual penetration of male prostitutes or slaves by conventionally masculine elite men, who might purchase slaves expressly for that purpose, was not considered morally problematic.”

If people are born a certain way and do not choose their sexual orientation, we need to look closely at how the Adventist Church relates to the LGBTQ community. The default position of the Adventist church is to hate the sin but love the sinner.  The word “sinner,” obviously, is not used here in the general sense that we are all sinners.

But how can we label people “sinners” if those people — whether homosexual by birth or even heterosexual — have not committed the sin in question?

The Church then should get rid of the statement, “We hate the sin but love the sinner,” with respect to alternative sexualities and should treat everyone the same. The church must let people do what is natural for them — even if that means marrying someone of the same sex. And we should expect the same of all couples, no matter their gender: that they be committed to their partners and not engage in extramarital affairs.

Sakae Kubo, 88, has had a long career in the Adventist church, mainly in university and college administration. He taught at the Theological Seminary at Andrews University, served as Dean of the School of Theology at Walla Walla University, as President of Newbold College, and as Vice-President and Academic Dean at Atlantic Union College.

Image: A couple who wed in Brighton, England this week after a law legalizing same-sex marriage came into effect. From Time Magazine.