Remembering My Struggles for Justice

Remembering My Struggles for Justice 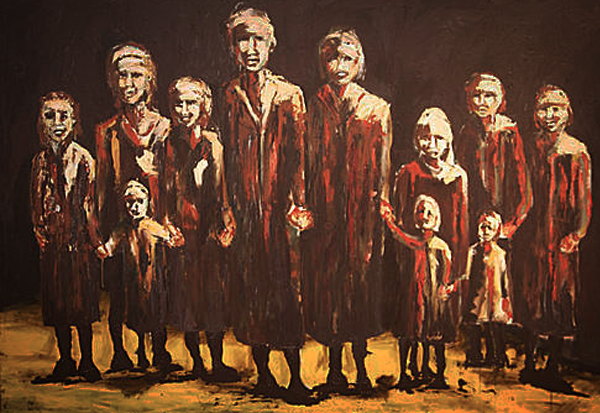 During a recent meeting with my pastoral colleagues, the topic of women’s ordination spurred an engaging conversation about the impact that this unresolved issue could have on the Adventist Church. As the conversation among concerned pastors continued, memories of my past flooded my mind.

In the mid 1960s, laborers in various parts of California came together to organize under the leadership of César Chávez to make people aware of the struggles of the farmworkers (campesinos).  They raised their voices to speak for what represented justice--fair wages and safer working conditions. The campesinos and supporters of this movement vowed to non-violence and decided to let their voice be heard as they carried banners and signs to demand, that which was right, fair and just. Often, their signs depicted religious figures (Virgen de Guadalupe) as a symbol that God and the saints supported their quest for justice and equality. Chávez’ leadership was successful because he utilized peaceful methods to underscore the dignity of all campesinos.

My family was engaged in this movement because we were campesinos. The struggle of the Untied Farm Workers was my family’s struggle. Later in my early teenage years I experienced, first hand, the grueling work and trials in the fields as my brother and I joined other campesinos picking onions for the summer, and dealing with an employer who refused to pay our wages.  My father was a man who believed that a God of justice would expect His children here on earth to also stand for justice. Therefore, sitting quietly in the face of injustice was not an option. We asked questions, we did research and discovered that we could contact the Fair Housing and Labor Department who then engaged the landowner on our behalf and made sure we were paid for our labor. It was important to do what was right so justice could prevail and other campesinos would also be treated fairly.

Today, this movement in favor of the campesinos and César Chávez are in history books as a testament of one man’s noble efforts to stand for what was right and bring about positive change for the farmworkers in this country.  The story of the campesinos and their struggles for equality and dignity is not the only story that is told. The pages of history tell numerous stories of shame.

We look back in shock as our black brothers and sisters were held in slavery and so many God fearing Christians did nothing to intervene. Did these people not matter? Were they not valuable and important?  We wonder how pesticide planes were allowed to spray crops while campesinos were working in the fields. Was their health and safety not important? We look into the pages of history and wonder why it took so long to allow women the right to vote. Was their voice not important? Today, we may even ask ourselves, “What was wrong with those people of the past? What were they thinking? How could they allow such injustices to take place?” We then sigh a sigh of relief because so much has changed and we no longer see these same injustices of the past. Or do we?

Today the Seventh-day Adventist Church is engaged in a debate over the issue of women’s ordination.  Simply stated, the questions are: Can a woman serve and be recognized through ordination equally with men as ministers of the gospel? And should women receive equal pay for equal work? At the heart and core of these questions is the real fundamental question: Should women in ministry be treated with justice and equality?  To ask these question regarding women in ministry or any other person/s flies in the face of who we are as a body of Christ; a body that seeks inclusiveness and seeks to treat all people with equality and justice. How can we ask such a question? In twenty years will our children and grandchildren shake their heads in disappointment and say: What were they thinking? How could they treat those called by God in such a hurtful way? How could they allow such injustices to take place in the name of God?

Forty years plus of scholarly research, study, and prayer have concluded that Scripture does not restrict ordination only to men. This subject has been analyzed and studied exhaustively. It is time to move forward in the application of a fair and just decision. It is asserted that to move forward to ordain women is a threat to our unity. Justice never threatens unity! Justice always represents God. The true unity of the Seventh-day Adventist church resides in our ability to celebrate diversity; to respect the unique cultures and needs of each corner of the world in their efforts to share the good new of Jesus Christ; to love each other the way God loves all His children.

The Seventh-day Adventist Church already decided that women may serve in positions of ministry. The church should be held to task and compelled to employ best practices to ensure that no employee is discriminated against in regard to gender, wages, or any other term or condition of employment. The law of the land under Title VII of the Civil Rights Act of 1964 prohibits discrimination based on race, color, religion, sex or national origin. This law was adopted because our sense of fairness leads us to boldly face these discriminatory practices and sanction employers who violate this law.  Our church is quick to engage our attorneys and discuss the importance of religious liberty when we decide that someone has been unfairly treated on the job because of their religious beliefs.  Who will stand for justice when God calls a woman to gospel ministry and our culture/traditions/opinions insist on speaking louder than God’s call and we dare to impose limitations to the fullness of the ministry that God has planned for her?

It is heartbreaking when the injustices of the past are replicated in the present. It is incredible that the struggles for justice and equality of the past are playing themselves out in the midst of the church. History is a good teacher. May we gain wisdom from the lessons of the past. May we humbly look to God for clarity and may the legacy we leave behind be one of justice, integrity and equality.  May our kids look back at Adventist history and sigh a sigh of relief because, in the name of God, we came together in the spirit of unity to do the right thing and ordain all those who are called by God, without regard to gender.