What Adventists Can Learn From the 'The Book of Mormon' 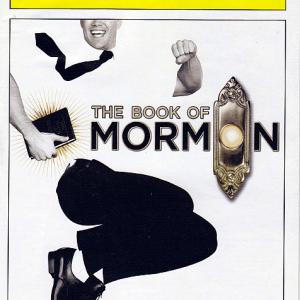 Every denomination should be so lucky to have the directors of the television show South Park write a play about them. The cleanest cut audience I had ever seen at a Manhattan play — many a member of The Church of Jesus Christ of Latter-day Saints had come to check out this year’s Broadway hit the 'Book of Mormon'.  There was much for the everyone in the audience to laugh about, wince about, reflect upon and cheer. Two young Mormon men sitting next to me — looking like they just played hooky from a mission trip — praised the worthiness of the play’s nine Tony Awards.

The play revolves around the duo Elder Price and Elder Cunningham, two young Mormon men beginning their two-year missionary service. Elder Price, preppy, clean cut and a recent graduate with high marks in Mormon history and doctrine is teamed up with the frumpy, plump and doctrinally-challenged Elder Cunningham. Elder Price sings of his desire to go to Orlando, Florida, the home of Disneyland. Elder Cunningham sings of his desire just to have a friend and is enamored to go anywhere with Elder Price. Ironically, they end up in war torn Uganda, where previous Mormon mission teams had yet to convert a soul.

In Uganda, real life Africa meets White Mormonism. How does religion and God confront tribal civil wars, genocide, poverty, famine, female circumcision and men with AIDS who believe sleeping with virgin baby girls will bring a cure? In contrast to the Mormon's will to believe, the Ugandans, in anger and desperation, sing of God’s abandonment. Against all odds, bumbling Elder Cunningham strikes a sympathetic chord in the heart of Nabulungi, a young African woman, who wants to know more about Mormonism. But overwhelmed by Uganda, Elder Price, packs his bag and heads off to the airport to fly home.

With courage and a wild imagination, which would have pleased Mormon prophet Joseph Smith, Elder Cunningham presents the Mormon gospel — with an embellishment or two or three or four. Cunningham tells of Joseph Smith receiving the Book of Mormon from the Angel Moroni who had come down from the Star Trek Enterprise. Cunningham creatively finds verses in the Book of Mormon condemning female genital mutilation and other verses embracing people of color. Cunningham pulls out all the stops bringing in Yoda, Jedi Knights, Darth Vader and Frodo from Lord of the Rings to enliven the “dry and boring” Book of Mormon. It works, the tribe is converted. Meanwhile, Elder Price finds his courage, but is kidnapped by local African warlords. Elder Price’s copy of the Book of Mormon has to be extracted by the local proctologist.

The play ends with a play within a play. The Uganda tribe performs a play depicting the Book of Mormon to the visiting Mormon church leaders come to greet their first Ugandan converts. All of Cunningham’s characters and embellishments are added, including Mormon’s strong inducements for fertility and large families — African style. The Mormon hierarchy is not happy, but they have their first converts. Peace and order comes to the village, female mutilation stops, as “the clitoris” is seen as a gift from God, and the tribe now goes door-to-door — Mormon style — to convert more Africans to Mormonism.  Through it all, faith, hope and grace work their way in the lives of these Ugandans even when the vessels of God’s service are flawed, doctrinally topsy-turvy and self-centered.

Although, distinctly different in doctrine and theology Seventh-day Adventists and Latter-day Saints share similarities. Both denominations emerged from upstate New York in the mid 1800s — a location not lost on the Manhattan crowd. Like Mormonism, Adventism came into existence without a promising start. While Adventism grew out of the Millerite failure to accurately predict the return of Christ in 1844, Mormonism was brought into existence when the Angel Moroni suggested golden books be dug up by Joseph Smith from a local hill; unfortunately those golden books where secreted away by Moroni, before anyone could carefully examine or copy them. And Hiram Edson had a vision in a cornfield confirming a heavenly Advent for the early Advent-ists.

If the South Park directors were to write about Adventists there would be much to cheer about, wince about, laugh about and reflect upon. Our health message bringing longevity and quality could not be ignored. Sabbath rest might be dramatized in Adam and Eve resting in God’s favor and majesty at creation. Adventist’s recent insistence on a literal six day creation week might lose its exclusive luster in a medley of alternative Genesis chapter one interpretations. Our sanctuary doctrine might be reworked into a colorful choreographed routine where every human is depicted as a temple or sanctuary of the Holy Spirit. The prophetess Ellen White might even lead a chorus line of Adventist female seminarians singing “Ordain and Testify”.

Adventists are not without a sense of humor. At Spectrum’s annual meeting at Asilomar in 2009, the Pacific Union College Dramatic Arts Society presented a collage of skits and songs entitled “This Adventist Life”.  A healthy smile comes to mind when I reflect upon “Clean: Remembering a Friday Afternoon” or “Salsa, What if the Second Coming is a Dance” or the Heretic Singers giving a witty rendition of “1844”. Red Books, another play produced by the Pacific Union College Dramatic Arts Society similarly presented a refreshing and balanced look at the “human” Ellen G. White and how she has affected human lives through the decades. Humor can lower defenses while illuminating false worship centered on cherished idols.

Not for the faint at heart, the play, the 'Book of Mormon,' at times was raw and irreverent, at times it brought tears to my eyes in pure laughter and at times it brought anxiety knowing God’s infinite love for the world in Jesus Christ is presented by imperfect humans and institutions.  The 'Book of Mormon' is a modern day parable where other denominations could benefit by temporarily inserting their story for self-inspection. The Mormon Church’s official response reveals an encouraging direction in Mormonism. “The production may attempt to entertain audiences for an evening, the Book of Mormon as a volume of scripture will change people’s lives forever by bringing them closer to Jesus.”

If life is a play, on a cosmic stage, surrounded and supported by God; a successful production will place the self-sacrificing love of Jesus at the center of one’s life, family, denomination, doctrines and culture.