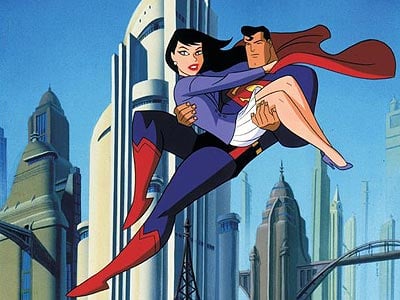 I grew up in a white, middle-class, fundamentalist Protestant community. As a result I learned to think of God as my Father, and Jesus as my savior, like a fairytale prince in shining armor or the ultimate boyfriend. As an undergraduate in Religious Studies, I encountered other ways to relate to the Divine and I discovered feminist Christianity.

Many women with backgrounds like mine do not have the opportunities that I did to discover different and liberating pictures of God. They must choose between a religious life that enforces patriarchal norms, or life as a “secular” feminist.

Religion and “secular” society do not really inhabit separate spheres in which each is the dominant authority; the two inform each other. One sees the overlap looking closely at popular culture. There are many cases in which religious ideals or sacred myths serve to communicate concepts, support stereotypes, and sell products. Examples include Jamba Juice's Buddhism-inspired ads and the media's stereotypical of Eve as explained by Katie B. Edwards in Admen and Eve: The Bible in Contemporary Advertising.

“Waiting for Superman” by Daughtry reveals how dependence on a male savior prevents Christian women from claiming their own personhood independent of a patriarch. The song tells the story of a woman waiting for her savior to remove her from her current situation:

To lift her up and take her anywhere,
Show her love and climbing through the air,
Save her now before it’s too late tonight,
Oh, like a speeding light.
And she smiles…

However, Superman has yet to come, and she makes up excuses to explain his absence and to pacify her seemingly urgent need. Her excuses result in smiles and at no point in the song does she decide Superman has taken too long or that she does not actually need him to save her.

She says… “Yeah, he’s still coming, just a little bit late
He got stuck at the Five and Dime saving the day”
She says… “If life was a movie, then it wouldn’t end like this
Left without a kiss”
Still, she smiles, the way she smiles, yeah..."

Superman is a salvific, messianic figure. Two Jewish men, Jerry Siegel and Joe Shuster, first introduced Superman iconography into American society during the Great Depression. This image of ‘Christ as Superman’ became the fantasy of Christian America: their present and active savior.

Superman has gone through numerous re-creations, now appearing more Christ-like than ever before. Similar to the Jesus of the gospel accounts, Clark Kent as depicted in the 2013 film, Man of Steel is sent from a superior place for the purpose of giving humans hope. He discovers he is different in early adolescence, and learns of his true identity in his early 30s; Kal-El is his first given name, and Jor-El is his father’s (El is “God” or “god” in Biblical Hebrew).

After discovering his true identity, Kal-El struggles with his calling--whether or not he can make necessary sacrifices. He chooses to take on humanity’s problems, and repeatedly functions its savior. Of course, love interest Lois Lane is often in need of his help, and Superman never fails to save her.

Women in need of male saviors need intimate relationships with men who step in where saviors leave off. For Lois Lane in the 2006 film Superman Returns that meant getting engaged; for Christian women, it often means following male religious leaders in both the church and the home.

While I have argued that patriarchal images of Christ reinforce patriarchy in the Church and in women’s lives, I also believe that deconstruction requires reconstruction. I hope not only to demonstrate that certain conceptions of Christ can lead to inequality, but also to encourage women who find value in Jesus as savior to reimagine christology in a way that does not reinforce patriarchal structures. Instead, I hope women struggling with competing conceptions of Christ will affirm a christology that supports personhood, strength and agency in all persons, independent of relationships with men. I hope that those currently experiencing confinement in relationships, in religious ideals and in sacred myths will participate in this reconstruction.

Melinda Bielas is a La Sierra University graduate and Masters of Arts student at Claremont School of Theology in Interdisciplinary Studies, focusing on Hebrew Bible and Feminist Theory. This was originally posted on the Feminism and Religion blog.