My Trip to Waco 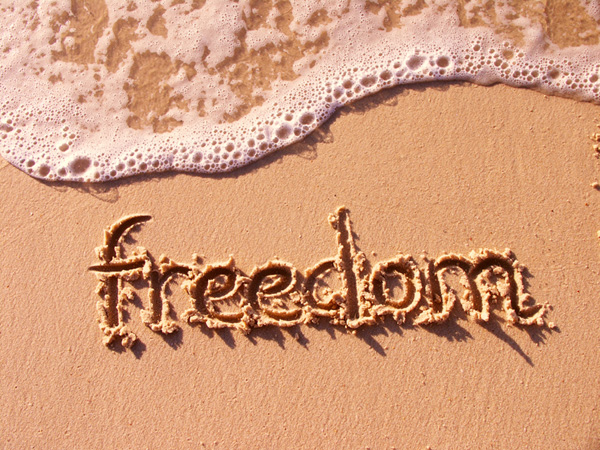 “You’ve got to come and hear this guy,” everyone kept saying. That was the invitation I kept receiving one day in church 25 years ago. It was 1987 and I was living in my home town of Lafayette, Ind. I had just finished seminary and had pastored for a couple of years, but was currently not serving in any church. All my friends that morning were wide-eyed with excitement about a cousin of one of the members, who had showed up earlier in the week and had been holding meetings every night. All my friends kept insisting, “We’ve never heard anyone who knows the Bible as well as this guy.” OK, I was curious, so I went.

About a dozen of us were gathered in the living room in the home of my friend Mike. We ranged in age from early 20s to early 30s. Everyone was waiting with eager anticipation when suddenly in popped the main event. Mike’s cousin was of average height and build, handsome with blond hair and a warm smile. He went around the room shaking everyone’s hand like a well-seasoned politician. Coming to me, he pumped my hand saying, “Hi, I’m Steve.” He was quick and charismatic with an almost overwhelming influence. Red flag No. 1.

It wasn’t long before the study began and they were right, this guy could quote Bible verse after Bible verse, which too often leads to the wrong conclusion that what they are saying is right. Steve was smart, no doubt. The problem was his train of thought was so disjointed it was very hard to get a bead on what he was trying to say. But after awhile a theme began to emerge. He seemed fixated on verses having to do with King David. He jumped from Isaiah to Daniel to Luke to Revelation and back to the Psalms and Genesis and everywhere in between.

Finally I raised my hand and began asking questions. After the second or third time I could tell Steve was getting a little irritated. Red flag No. 2. It seemed Steve was used to holding court with silent and spellbound subjects. I was neither. Finally after what was probably to him the umpteenth interruption, Steve lost his cool and scolded me for my constant questions. Can we all say, “Red flag No. 3!” After his dressing down I explained that I was used to an atmosphere of give and take and if my questions were a problem, I would excuse myself, which is exactly what I did.

I later found out that the Steve in this story was Steven Schneider, David Koresh’s main lieutenant. What I had sat through that afternoon was one of his recruiting meetings to come to Waco, Texas, and join up with … oh, David … the main subject of Steven’s presentation.

Today, after 25 years, I finally fulfilled Steven’s wish … I visited Waco. Upon entering the 78-acre property, my wife and I stopped at the stone memorial at the entrance. Scanning through the engraved names, I finally found Steven’s name.

I thought I might experience thankfulness for having left the study that day 25 years ago, and that my name was not one of the 82 who perished there in February 1993. Instead I was struck with a profound sadness as I looked at Steven’s name next to his wife Judith’s name, 43 and 41 years of age respectively. Just below their names was the name Mayanah Schneider, age 2, the child of Judith Schneider and David Koresh. He was one of 18 children 10 years of age or younger who died that day.

Steven, that bright and wonderful young man who had gotten caught up in a movement that ended in tragedy. I have to believe that when the Schneiders moved into the compound, they thought they had found “the answer.” They had pinned all their hopes on another young and charismatic leader who turned out to be a brazen false prophet.

Linda and I walked the grounds where the compound had stood. Gone were the sprawling gray buildings that housed over 80 people back in the early ‘90s. Today there is a small chapel marking the spot where part of the compound stood. The underground bunker is now open, and it’s become a scummy pond with painted turtles snapping at grasshoppers. You can see the rusty remains of the school bus they had buried as another part of the underground bunker. Faint impressions of the overall footprint can be seen of what was once 100 yards of structures.

After about 30 minutes of walking about, taking pictures and videos, I noticed a man approaching, pushing a wheelbarrow. I was curious to know if there were still Davidians meeting in the chapel, so I lingered around hoping to talk with him. As he approached he called out a greeting, and so I approached him. With a big warm smile, he pumped my hand and said, “Hi, I’m Simeon.”

Simeon informed me that he was one of about eight people still holding on to some of the beliefs of the Davidians, but that they had developed a lot of new understandings from scripture. “How long do you have?” he asked. I apparently hesitated too long because he launched right into his presentation. His disjointed monologue consisted of his thoughts mingled with Bible quotes from, yes, Isaiah, Daniel, Luke, Revelation, the Psalms, Genesis. It was surreal. I was looking at and listening to the next generation of Steven Schneider. He was just as sincere, just as passionate as Steven had been. Sadly, he believed all the things he was sharing. This time I didn’t interrupt, I just listened politely, all the while thinking about Steven and praying that there would not be another fireball that would end this young man’s life.

So, what is my takeaway from today’s field trip? There are many but the one that bothers me the most is this: I can believe in something with all my heart, be passionate in living it and in sharing it with others, be as sincere as the day is long and still be totally wrong. Being too dogmatic can lead to blindness … an inability to consider any other viewpoint but the one I am defending. And there are times when I’m wrong. Rigid dogmatism is seen everywhere - in religion, in politics, our interpretations of historical or future events, and even how we interpret and assess the lives of those we love. Rigid dogmatism, my need to always be right, sacrifices intimacy in relationships with others and in the end, can be deadly.

I’m not an advocate for having such an open mind that we end up believing nothing. I am realizing that there is an uncomfortable tension between 1) passionately believing what I believe on the one hand and 2) being open to accepting differing viewpoints if mine are shown to be incorrect. The tension comes quite frankly from the fact that I like my beliefs, or perhaps I should say my ego does. To surrender a belief is often interpreted as a diminishing of the person who concedes, which in fact is just the opposite of the truth. If I have any hope of escaping the tension created from having beliefs but also being open to accepting others, my ego is going to have to do the surrendering. If my ego is removed from the equation, I don’t have to be right all the time and the tension described earlier gives way to a wonderful freedom.

This freedom is not something the Davidians had. They had surrendered the first part of the equation: their own beliefs, and chose instead to totally accept those of a maniacal lunatic whom they felt compelled to defend to the bitter end.

I feel sad for Steven and everyone who feels the need to always be right no matter what. But if I learn the lesson of today, to be OK with being wrong and accepting other viewpoints without my ego being bruised, I believe, it has the potential of bringing happiness and lasting peace.

Mike McCabe is a retired Adventist pastor living in eastern Tennessee with his wife Linda.