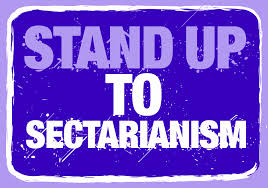 Editor's note: Matt Burdette has written for Spectrum many times and, as you will see from his post, I twisted his arm a bit to get him to write again. His insight and wit have been incredibly helpful to me both when he studied at La Sierra and now as he finishes his doctoral work at Aberdeen, one of the most prestigious universities for theologic work. This piece challenges the conclusion I came to in my recent Growing Up Adventist article and offers an even more poignant critique of the whole conversation of Advent-ism. I hope you find it as interesting as I did.

I swore off Spectrum a while ago, but keep letting myself get dragged back in. This surely indicates the very pathology I want to describe. I am guilty of it, and this article is guilty of it too: Adventist obsession with Adventism. Those most guilty of this are progressive Adventists. Not that traditionalists are a great deal better. They aren’t.

I can’t decide if this is sin or heresy. The two are not unrelated, and a trusted friend advised me to settle on the less offensive “sin.” Indeed, as Luther describes it, sin is homo incurvatus in se, humanity curved in on itself. Therefore it is somewhat correct to say that Adventist self-obsession is collective incurvature.

And heresy? A heresy is a denial of something so fundamental to the gospel that it falsifies Christian identity. And sectarianism is an ecclesial heresy, a denial of Christ’s reconciliation in the “one, holy, catholic, and apostolic Church.” So, sin or heresy?—you decide.

The issue is normed by Adventist particularity. Spectrum’s other pet issues—homosexuality and women’s ordination—also exemplify this tendency. A progressive Adventist asks how far one can go without compromising Adventist identity; a traditionalist asks what must be protected in order to protect it. Both share the same preoccupation. Even a cursory glance over the last month of Spectrum’s online publications demonstrates that Adventism is Adventism’s chief concern. Liberal “reformer” types have a vision for the church that seems to consist only of a more diverse, inclusive sect that, for all its diversity and inclusivity, is no less sectarian.

This is surely why many liberal Adventists, marginal though they are, often, with mixed auto-absolution and self-congratulation, confess: “I am incurably Adventist. I could no more cease to be Adventist than I could cease to be American.”

I am not suggesting that debates about science or sexuality ought or ought not affect Adventist identity. I am saying that the entire quest for a unique identity is stupid, and, more importantly, fundamentally unchristian. I am saying that Adventism’s collective self-obsession is a vice shared by Adventists of all stripes, and that this self-obsession is Adventism’s most serious problem, and that debates between progressives and traditionalists never address it.

As I said, it’s the traditionalists who are marginally better. They’re as sectarian as the day is long, but at least they are consistent enough to say that Christians who don’t agree with them ought to. Liberals, to their shame, are so regularly practical atheists that they don’t even take their own ideas seriously, content instead to celebrate the incoherence of it all and then moralistically wag their collective finger at conservatives and say, “Be nice.” Yet neither liberals nor traditionalists have any clear sense that the church has been called into being by a Word of good news that it does not own and cannot manipulate, and that it is called to share this Word with the world. The gospel is not an invitation to join a community of eco-friendly vegetarians, nor a mishmash of pietism and escapist apocalypticism.

I care about the Adventist church. I want it to be healthy and, most importantly, faithful to Christ. The only way that I can imagine that possibility is if Adventists can get over their obsession with Adventism, and decide to become a church whose chief question to itself isn’t its confessional identity, but its faithfulness to the One in whom it confesses faith. This will surely involve serious theological debate and defining boundaries, but the norming question should never be Adventist identity.

Matt Burdette is a graduate of La Sierra University and doing doctoral work in theology at the University of Aberdeen.  He grew up attending the Hightstown Seventh-day Adventist Church. Along with Shane Akerman and Yi Shen Ma he blogs at  Interlocutors: A Theological Dialogue.