Sources of Variation in Biology Part 3: Emergence and Origins of Life 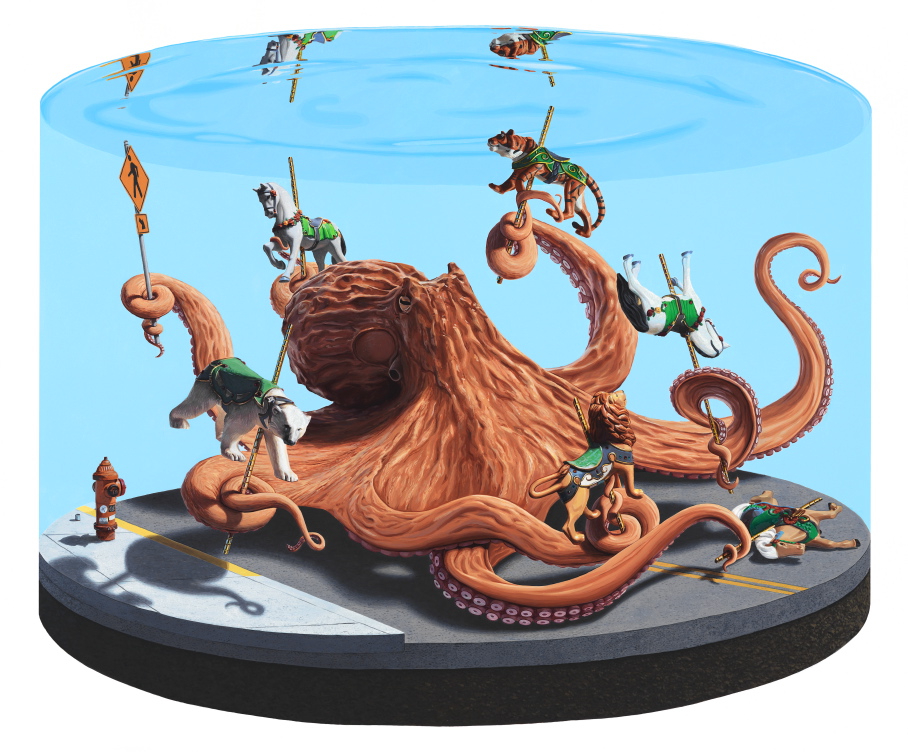 Parts 1 and 2 of this series defined three natural mechanisms of variation that operate in biology, as well as in other areas of science: randomness, chaos, and emergence. We have seen that random changes in genes can produce inherited changes. Chaos describes a kind of hypersensitivity to initial values or the environment that can produce behavioral changes, but not necessarily inherited changes. Recently, it has been recognized that the environment can cause variations in genetic products (“epigenetic effects”) without modifications of the genetic structure itself.

THE SIGNIFICANCE OF EMERGENCE

In early discussions of evolution, the only hypothesized source of changes was random variations in genes, combined with natural selection. Intelligent Design proponents have attacked this hypothesis by calculating the astronomically small probability of the necessary subunits of a complex system coming together all at once [1]. These calculations have some problems because they ignore the possibility that the subunits come together in stages rather than all at once. But, the recognition of emergence opens a whole new type of explanation for the origin of existing complex systems: complexity can also be the result of the selection process of emergent laws, a natural part of the universe. Natural laws of emergence can choose configurations from the vast number of possible combinations, a choice that is not dependent on randomness and does not require multiple generations and vast lengths of time or natural selection.

A species of African termites, when grouped together in a site with suitable soil available, construct a mud structure several feet high with internal ventilation and favorable orientation to the sun [2]. These termites have no leadership structure and no internal blueprint from which to work, yet similar colonies always construct mounds of similar size, shape, and functionality. After extensive study, scientists realized that they were studying a complex system that, given the right environment, always resulted in the production of similar mounds. The components of this system are the individual termites with very simple sensory organs and neural responses. Their simple characteristics, when multiplied in a group and added to an environment, create a complex system that produces a structure of remarkable architecture – hardly predictable from the properties of a single termite!

The need to understand complex systems is now common to almost all fields in science and certainly permeates biology and medicine. A complex system is only partially understood when its components are identified; the reason for the existing configuration may be of even more interest. The recognition of emergence clarifies the necessity of studying complex systems and deciphering emergent laws. Synthesis must eventually become common practice in every area dealing with complexity, whether the synthesis is done with real physical substances or with mathematical models.

Some characteristics may be common to complex systems at all levels, highlighting a need for studies of generic complex systems. Examples of such generic system properties under study include autocatalytic reactions (system components such as RNA molecules act as catalysts to make their own reactions go faster) and autonomous agents (such as ants in a colony). Wired can hardly be called a scientific journal, but a fine article in the April, 2013 issue [3] has the following subtitle: “How the astonishing power of swarms can help us fight cancer, understand the brain, and predict the future.” [Swarm = complex system] This article shows how there are common behaviors in swarms of fish, ants, locusts, starlings, honeybees – and humans!

How important are these ideas for biology? Stuart Kauffman, one of the leading scientists studying the properties of generic complex systems, makes two striking predictions in the following quote from his book Interactions [4]:

“I wish to say that life is an expected, emergent property of complex chemical reaction networks. Under rather general conditions, as the diversity of molecular species in a reaction system increases, a phase transition is crossed beyond which the formation of collectively autocatalytic sets of molecules suddenly becomes almost inevitable.”

This is technical language, but what Kauffman is saying brings us to this conclusion: Supernatural intervention (in the scientific sense, see below) is not necessarily required after all to explain biological complexity. The possibility of biology is already inherent in the natural emergent laws themselves.

EMERGENCE AND A CREATOR GOD

Recognizing emergence as a source of selected complexity in biology is not an argument against (or for) belief in a Creator God. Emergence does invalidate the Intelligent Design claimed proof for the necessity of a supernatural Creator since emergence provides a natural path to complex systems. But, emergence is completely compatible with belief in a Creator who creates a universe with laws, including emergent laws of complex systems. As we have already seen, building a universe in this way can produce a limitless variety. Creating through complexity is an entirely different process than the usual human design method of specifying the desired result and assembling components to implement the design.

What about all the events people have called “supernatural” over the centuries? For today’s scientists, “supernatural” means outside of or contrary to natural laws, laws that have been deciphered by repeated experiments in the real world. For a lay person today or for everyone more than a century or two in the past, “supernatural” had a less technical meaning, being simply out of the range of normal human experience or explanation. This distinction may seem like splitting hairs, but it is actually very important in a scientific age. The scientific meaning depends on unchanging laws of the universe while the lay meaning is based on human experience and thus depends on the current state of human technology. A century ago, being able to speak with anyone on earth through a hand-held device could easily be called “supernatural” while it is perfectly normal today. No new fundamental laws of matter needed to be discovered to make worldwide communication possible, but some very complex systems had to be organized.

So how has the recognition of emergence changed the options for beliefs about the origin of life? Scientific options for origins of life are no longer dependent solely on random processes -- what prominent atheists like to call “purposeless.” The challenges of complex systems have emphasized once again that human knowledge of natural processes is still very limited. Persons who choose for religious reasons to believe in a Creator God no longer have to take an anti-science stance because emergence brings together complexity and regularity, recognizing that the understanding of complexity is just beginning.