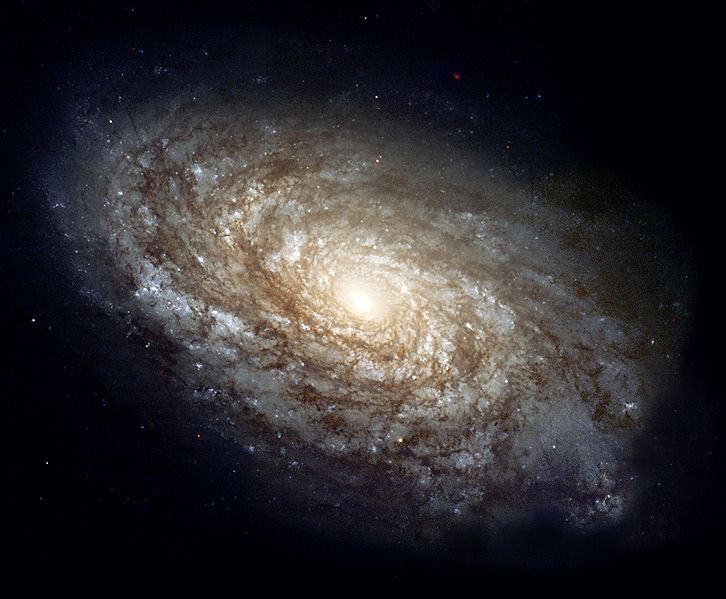 This is Mailen Kootsey's third installment in the series Brining the Real World to Genesis. You can read the previous installment of WHAT MAKES SCIENCE VALUABLE? here.

Science has provided many benefits for our health, for our comfort and entertainment, and for our learning and communications. What has science done for the thinking of the general public?

In ancient times, the general populace believed that the seasons, the weather, the fecundity of crops and herds (and even wives) were all governed by the whims of the gods. As an example, in the Ugarit tablets known as the BAAL cycle, the Canaanite god BAAL is temporarily killed in an explanation of the cycle of fertility produced by the changing seasons. For ancient peoples the lack of a god's production was evidence that the god was either dead or imprisoned. Here is a brief quotation from the tablets describing some interactions between the gods. The story begins with some gods complaining to EL that BAAL does not have a great house like they have. EL then allows BAAL to build a house on the god's mountain Zaphon. BAAL then must send for the builder Kothar-wa-Hasis of Egypt.

ASHERAH and her sons shouted, the goddess and her pride of lions: "But BAAL has not house like the other gods, nocourt like ASHERAH's sons: EL's home, his son's shelter, lady ASHERAH-OF-THE-SEA's home, the home of the beautiful brides, the home of PIDRAY, maid of light, the shelter of TALLAY, maid of rain, the home of ARSAY, maid of floods." But EL, the kind, the compassionate replied . . "Let a house like the other gods be built for BAAL, a court like ASHERAH's sons." And lady ASHERAH-OF-THE-SEA replied: "You are great EL, you are truly wise; your gray beard truly instructs you . . . Now BAAL will begin the rainy season, the season of wadis in flood; flash his lightning to the earth.[1]

The priests of the Canaanite religion instructed the people about the pantheon of gods – their human-like personalities, infighting, and foibles. Rituals of magic and ceremonies were designed to support the priesthood and impress the worshipers. The natural world was thus believed to be governed by caprice of the gods.

Over the centuries and around the world, the influential religion has varied with time and place, but the core beliefs remained the same. Natural phenomena were controlled by the gods. Religion was in charge of helping humans relate to these capricious gods and thereby survive in the natural world. The Christian religion reduced the number of gods to one and eliminated the stories of infighting among the gods. The Christian God was, like the pagan gods, touted as being in charge of the natural world. Miracles (real or imagined) attracted people to holy sites or relics and rites included pleas for aid with health or crop issues, but few were rewarded and most were not. The natural world was still believed to be ruled by caprice.

Galileo and the other early scientists had to surmount huge conceptual barriers to break out of this mode of thinking and apply the methods of observation and scientific reasoning we summarized in the previous installments. Before Galileo could even begin to promote his new theory of the solar system, he had to obtain a ruling from the church on whether or not observations using an instrument such as the telescope were even valid. Fortunately, the ruling that came down on March 24, 1611, confirmed that observations with an instrument were indeed valid. It is interesting to think about what would have happened to the fledgling science if the ruling had been negative and instruments had been forbidden!

The major philosophical result of the scientific revolution was this: the phenomena of nature that had been thought to be determined by capricious gods are, in fact, the result of constant and regular natural laws. Even some occurrences thought to be miraculous were found to have natural explanations. This is not to say that science explained everything, but the successes were frequent and spectacular enough to generate high optimism. These successes opened up a conflict because there were now two sets of priests of the natural world: the old (priests of religion) and the new (scientists). I will not attempt a history of the development of this conflict; books have been written on that history. Instead I would like to offer some comments on the various ways people and groups have chosen to relate to the two understandings of natural phenomena: caprice and law. Because of the differences in assumptions and modes of thought between the two understandings, it has not been possible to construct a new paradigm that incorporates everything from both the old and the new. Instead, the result has been a scale of compromises, caprice at one end and law at the other, with positions in between giving different relative weights to the two approaches.

At the law end of the spectrum are those who believe that science can provide the only valid answers to all questions, not only about how the universe works, its history and future, but also to questions about meaning and about human relationships. These are the radical atheists such as Richard Dawkins, Daniel Dennett, Sam Harris, and Christopher Hitchens. These atheists see no need for any religion and even regard it as harmful to the human race. A descriptive name for this philosophy is “scientism” and it should not in any way be confused with the “science” described in the previous two installments of this series.

At the caprice end of the scale are the conservative groups, including some Christians and Muslims, who believe that the only valid descriptions of the natural world come from prophetic writings in their own traditions. The God of their system created the universe by fiat in a recent event and any result of science that does not agree with the accepted interpretation of prophetic writings is invalid.

Both the radical atheists and the conservative groups have to ignore considerable evidence to uphold their positions. While it is true that religions have at times been destructive, they have also done much good in the world and have provided direction in life for large numbers of people. Atheism, on the other hand, has been limited in its appeal for people and has had little positive effect on society. Also, the conservative groups that reject many conclusions of science are happy to accept the products of science that make their lives easier, safer, more comfortable, and more enjoyable.

Because of the inconsistencies required at both ends of the philosophical scale I have defined, there have been numerous attempts to construct intermediate positions. For example, Hugh Ross[2]has postulated a universe that is very old (as science seems to indicate), but that it has been punctuated periodically by fiat creations of life by a Creator God. Another intermediate position is theistic evolution which postulates that God created the material of the universe and its laws and that life and the present structure of the cosmos has developed through evolution governed by those laws. There are numerous other variations in the middle of the philosophical scale, but their very number tells us that no solution has been found that has universal appeal. Individuals and groups have chosen positions along the scale that are based on assumptions they are comfortable with.

I cannot offer a perfect philosophy that will satisfy everyone along the philosophical scale from caprice to law. I would, however, as a scientist and a believer in a Creator God like to state a few of my biases.

[3]I will write more on the subject of the supernatural and design in a later blog in this series.