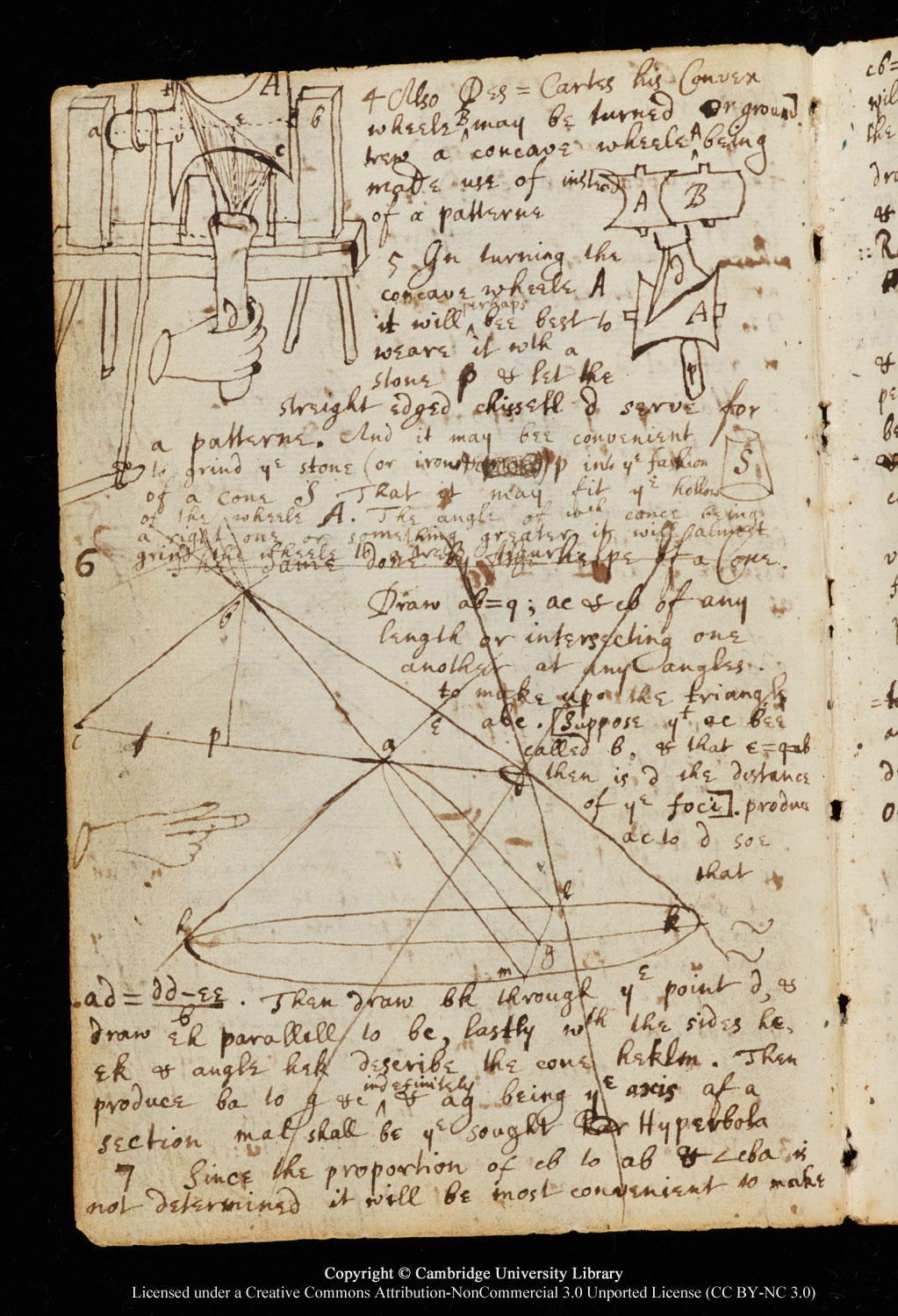 This is the first article in the series Bringing the Real World to Genesis. You can read the introductory article here.

Science and its applications are now integrated into virtually every aspect of our lives. Smart phones, hybrid cars, and space travel come to mind, but they are only the tip of the iceberg. Our food, clothing, methods of communication and transportation, entertainment, health, and education are all vastly different because of science. The location of your neighborhood superstore was chosen scientifically, based on the demographics of the local population. Inside the store, the location and contents of key displays are probably chosen by scientific methods to maximize profit.

Besides all the physical, social, and entertainment benefits of applied science, science also makes some contributions toward other basic human needs: curiosity about ourselves, our environment, the past, and the future.

While the applications of science are everywhere, public understanding of the practice of science is not so common. Courses in science and mathematics are sought out by “geeks”; others take them only when required. General science teaching often degenerates into memorization of facts, so students can easily retain misconceptions and miss the experience of scientific discovery. It is the purpose of this series of blogs to address some subject areas where science and religious belief interact. For this reason, we are beginning the series with a brief description of the “scientific method”, the activities and modes of thought common to scientists in all fields.

The goal of science is to gain understanding about the physical world. Specifically, science looks for the principles behind things, processes, and events -- principles that can be applied for comfort, entertainment, or philosophical understanding. The wider the application of the principles discovered, the more successful the science becomes. As an outstanding example, Isaac Newton recognized that a falling apple and the motion of planets have a common cause –in spite of the vast difference in size. We call that cause “gravity.”

Science is based on observations. When recorded, these observations are usually referred to as data. Ultimately, all observations come to scientists through the five human senses. But, beginning with Galileo, the human senses have been greatly extended with instruments – both in the range of observations and in the types of physical quantities observed. Galileo’s little telescope brought new understanding of the moon and planets. Since then, much larger optical telescopes, radio telescopes, spacecraft, and robots have returned vast quantities of data about our solar system and extended our view beyond the Milky Way to distant galaxies. Detailed analysis of light from distant galaxies tells us they are made of atoms like those in our local world. With the development of electronics in the last century, the capabilities of instruments have virtually exploded. Instruments can now detect and measure the concentrations of chemicals, intensity of radiation, “light” at wavelengths the eye cannot see, events that happen too fast for humans to notice, light too faint to see, and sounds too faint to hear. Computers can record data unattended and with great accuracy, speed, and patience.

Science is a cyclic process. Most scientists work in a repeating cycle: observation, an idea occurs, an experiment is planned and constructed to test the idea, and the process starts over again with more observations. Hopefully, each time through the cycle the idea is either improved or rejected. In Part 2 of this blog, I will have much more to say about the development of scientific ideas.

The hierarchy of scientific ideas: hypothesis, theory, and law. Scientific ideas are seldom, if ever, born fully-grown. A brand new scientific idea, inspired by some observations, is referred to as a hypothesis. If the idea survives additional experiments and testing by other scientists, the idea may achieve the status of theory. With even further expansion of scope and no significant exceptions, the theory might come to be called a law of nature. Testing by more experiments and observations never stops, however, even after a principle attains the status of law. Ancient sailors observed that oil dumped from their ships during a violent storm had a calming effect on the water around their ships. Ben Franklin did not know about atoms and molecules, but this observation inspired him to think about what was happening in the oil as it spread. He did an experiment, dropping a small measured quantity of oil on a calm pond, and he observed that the oil slick grew to a certain area and then ceased to grow. His hypothesis: the oil is made up of “particles” of a specific size. From the volume of oil and the area of the resulting slick, Franklin calculated the thickness of the oil layer and thus the size of the “particles”. We now know that the oil slick was a double layer (“bilayer”) of oil molecules similar to the membrane surrounding all living cells. Franklin’s measurement was within ten percent of the molecular membrane thickness we know today.

Science is a social process, practiced in communities with like interests. In science classes, it may sound like the early scientific pioneers – Galileo, Newton, Laplace, etc. – were loners, doing their experiments and developing their theories in isolation. This is a misconception, however.  Newton developed his calculations of planetary orbits in correspondence with Hooke and did not publish his calculations until urged by Halley. Admittedly, these early pioneers had far fewer colleagues and much less frequent communications than today’s scientists. The community of scientists is important because of the tendency of all humans toward bias in observation and thinking. Scientists love to discover a gap in a colleague’s argument or a misinterpretation of data. The community interaction serves as a self-correcting mechanism that helps to overcome natural biases of individuals. This is not to say that the entire scientific community never makes mistakes, but the social self correction mechanism combined with the ultimate tie of theories back to real world data keep errors in scientific thinking to a minimum.

Experiments are not designed to prove, but rather to disprove. In the lay mind, scientists collect data to support their hypotheses. Some do, in fact, but this is not good scientific practice. From psychology, we know that human observation is naturally biased to see things that are expected and to not notice conflicting or contrary observations. From logic, we also know that a single exception can disprove a rule. (Seeing one black cat disproves the rule that all cats are tabbies – even if the observer has collected hundreds or thousands of sightings of tabby cats!) For these reasons, good scientific practice demands that hypotheses or theories be strengthened by trying very hard to disprove them – and failing! It should be a red flag to anyone reading about a scientific idea if the writer presents only evidence for the idea and does not discuss contrary evidence or the search to find such evidence.

Scientific theories are always considered tentative and open to modification or replacement when a better theory or more data are available. Just like friendships, confidence in a scientific theory grows as time passes with no significant explanatory failures and continued success by the theory in matching quality data. Sometimes, though, a cherished theory fails in the face of new data. A colleague of mine used to say, “The cruelest murder is the killing of a beautiful theory with a single fact!” There have been many examples of extended arguments in the scientific community about controversial experiments and theories. In September 2011, 171 scientists from an international collaboration announced that thousands of measurements made between 2009 and 2011 seemed to show that neutrinos (exotic, massless, subnuclear particles) from the CERN laboratory near Geneva, Switzerland, were reaching a laboratory in central Italy some 60 billionths of a second (60 nanoseconds) earlier than light would. This finding was at odds with Einstein's special theory of relativity, which says that the speed of light is the upper limit attainable by any particle or wave. The first repeat of this experiment seemed to show the same effect. More testing finally revealed that the anomalous result was actually caused by a loose cable connection – so Einstein’s theory of relativity continues to stand. This scientific saga is documented in a series of short articles and notes in the prestigious journal Science.

If scientific theories are tentative and can change, are they worth believing? When scientists work together as a community to exercise and test a scientific theory, the result is the best understanding of a physical phenomenon that human society can produce at that time. Anyone is welcome to introduce an alternative theory, but in order to receive attention the alternative theory would have to do at least as good a job of explaining the relevant data or an even better job.

So, why is science valuable? Science is valuable because understanding the natural processes in our world and in ourselves can make life more comfortable, safer, and more enjoyable. Ideas that come from other non-data based sources – tradition, intuition, personal bias, etc. – ultimately cannot win because science is rooted in actual observations. Science can also tell us something about our past and our future, but these areas are also the purview of philosophy and religion. Balancing the relative contributions of these three fields is important, but would take us well beyond the scope of this blog.

In Part 2, I will write about how scientific ideas are developed and exercised. I will also begin the conversation about how science can be related to beliefs about God.