Unionism: A Proposal for Reorganizing Adventism

Unionism: A Proposal for Reorganizing Adventism 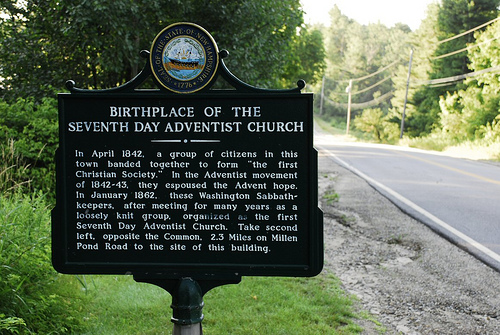 Our church is facing a structural problem. We had it coming, though. A religious movement with such rapid growth, such as the Seventh-day Adventist church will inevitably have to face changes to its structures. The still current constitution was designed for a movement with several thousands or even hundreds of thousands believers. Reaching a membership of almost 20 million Adventists, the General Conference has long tried to give attention to this matter, yet with no tangible results so far.

Perhaps church history might be of help for there is an observable typical development in every peculiar Christian movement which can be categorized in four phases:

1. Formative phase: “the church will always have the heretics it deserves.” (1) A corollary of this dictum would be: there are always reasons for the emergence of a new Christian movement. Every reformation is—whether consciously or not—an accusation of a perceived deficit. Some of these are: 1. Dogmatic petrification; 2. Diverging doctrines; 3. Personal quarrels in leadership.

Thus it is not the appearance of Jesus that constitutes a new, Christian religion, but the fact of his rejection as the Messiah of the Jews. This became the great divide accounting for the development of two separate religions. From the Jewish perspective Christianity is initially a schismatic movement, a sectarian phenomenon. And many Christians agreed with that, trying to integrate as many doctrines as possible into their new movement.

So Christianity—viewed historically—emerges as a sectarian movement with these attributes:

2. Change: usually after a period of 60-80 years, a certain disillusionment will set in. There is less spirit-filled direction. New knowledge will be met with skepticism. A doctrinal edifice has been erected. Tradition sets in. Reflections of relations to state, culture and society reach new conclusions. The expectation of the imminent return starts to pale away. Vision gives way to organization.

3. The second century: the second century will be the most decisive phase, next to the formative years. Some traits will clearly be fleshed out: a set order will replace the leading of the spirit. Clergy and laity will be two clearly defined groups. The gifts of the spirit will be replaced by spiritual office. Rich and educated leaders will come to influence. The unsophisticated perception of the highly mobile initial phase will be replaced by sophisticated theological reflection.

4. The final phase: the second century will determine the fate of nearly all Christian movements. Three options remain:

The most frequent observation is the second one. The Montanists, Donatists and Marcionites have all disappeared. Some of these movements were too much bound to one charismatic leader and atrophied after his death. So the only real chance that church history seems to assume for the survival of a movement is becoming a church. No Christian movement, from antiquity through medieval times to this day, has succeeded to survive with the exception of the big denominations (churches).

All nineteenth century movements are facing the same challenges. Will they become institutionalized churches with everything that defines it? At this point some of our theologians intervene. They would agree that our denomination does show some of the traits of a second century church. However, since we are the Remnant Church, we are exempt from some of these natural developments of church history. I don’t agree with them. We should be able to differentiate between a theological and a historical perception. So what would be an honest answer? How about the expectation of an imminent return? Well, it has mostly given way to a realistic openness towards the world. We have comfortably settled in this world. Instead of a direct leading of the spirit we have opted for a Church Manual and Working Policies. No talk about new visions any more. Years ago we had four prophets in the church in Hamburg. They turned out to be criminals. And as far as mission is concerned, we display all the traits of the second century. In all these aspects we are consistent with a Christian movement in its second century. Calling ourselves the Remnant Church is but a theological trait, not a historical one.

Those are the rules of church history, even though they may come across somewhat negatively. This however must be qualified, for it pertains only to countries in their second century, i.e. Europe, the USA and Australia. The situation is different in Africa, South America and Asia, where Adventists are in their first century. It would lead to wrong conclusions to oversee this fact.

So if we are not the exception to the rule of history and are in a typical phase in our development, what could offer us some future perspective? Will we be able to learn from history? The question for me as an historian is not any more whether we want to become a church but what kind of church we are becoming.

Now is the time to decide about our structure and constitution. As I said, in Germany any form of institutionalized, traditional church (Verkirchlichung) is resented (2). But we will not stop the wheel of history. I have quite early brought in a suggestion which opens the door to becoming a church without the above mentioned negative consequences.

There are basically two variants of church constitution: centralistic or federal. We have from the beginning opted for federalism. The way in which we practice it, however, has become increasingly problematic, due to quantitative growth but also to different questions like: how should we deal with the growing cultural diversity? Will we be able to maintain a unified creed? When will we succeed in implementing new theological knowledge in our congregations?

The inevitable term that keeps popping up in these discussions is the term “congregationalism”, mainly a bugaboo for administrators instinctively conjuring a loss of power and influence, hidden behind the term “unity of the church”. Our leaders have obviously some idea of how to lead a world church like ours in a centralistic manner while at the same time avoiding the pitfalls, an erroneous belief which I have a hard to reconcile with the facts. Unity is again the mene tekel drawn on the walls of the current discussion about the ordination of women. History tells us, however, that the centralistic option will culminate in a papal church. Already in Utrecht (1995) Robert Folkenberg succeeded in defining his vocation as that of a first officer. That is not yet a pope, only its shadow. And the self-understanding of the Biblical Research Institute as I am witnessing it, is not too far away from that of the congregation of faith in Rome.

Now I don’t think we should opt for congregationalism as such, only for a distinct Adventist model of it, though. Traditional congregationalism would mean a total stripping of our complete structure. It would dissolve the world church and leave nothing but completely independent local congregations. This is not what a favor. I suggest a new term for this Adventist model of congregationalism: unionism. Union means alliance, association and bond. And that is exactly what it is about. I can easily see a “European Seventh-day Adventist Church”, a “Northamerican SDA-Church”, one in South America and in Africa. Those regional Churches would have a certain independence, above which there would be a World Alliance of Adventist Churches (WAAC, previously called General Conference). The details would have to be fleshed out by committees. It would be urgent, however, for the leadership of this church to come up with suggestions for new structures for we cannot keep on doing business as usual. Dissolving tendencies are becoming apparent. The events surrounding the debate about women’s ordination are but an exemplification of it, a vehicle for the much more virulent question of structure.

What would this mean practically? A “WAAC” would obviously act differently than a GC. We Europeans, for example, would obviously share our personnel and assets centrally, but with less problems. The question of ordination would resolve itself locally, according to the cultural conditions of each world field. The intensity of the debate around ordination is not because of theology, but lies in the inadequacy of our constitution. World fields would be able to publish a local version of the Church Manual or the Sabbath School Quarterly. And the sooner we learn to think anew, the easier will be the transition. That is the kind of unity I see in Jesus’ high priestly prayer in John 17,21: “That they all may be one; as thou, Father, art in me, and I in thee, that they also may be one in us: that the world may believe that thou hast sent me.”

Perhaps for once we could learn from history!

—Lothar E. Träder, Ph.D., is a retired pastor, teacher and former rector of Marienhöhe, an Adventist boarding school in Darmstadt. His doctorate is in church history and he has served the Adventist church in Germany in many committees over the past 50 years.

[2] It is important to note that the German language has two words where the English language has but one, church: 1. Gemeinde (community; congregation); and 2. Kirche. For smaller denominations and Free Churches like ours the latter carries with it the notion of tradition, institutionalization and office, while the former connotes movement, mobility and spontaneity. The German term I am using here is Verkirchlichung (become an instutionalized, traditional church). In German Adventist circles this term is perceived rather negatively.