Jesus and the Social Outcasts 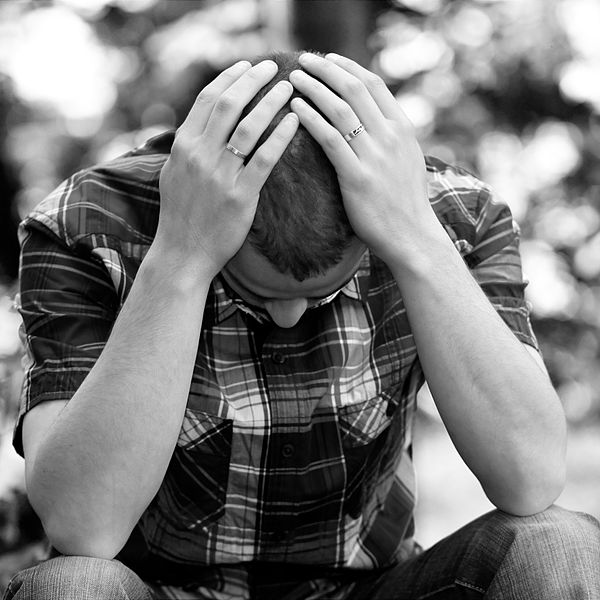 I think the lesson’s author did an excellent job of helping us see how Jesus interacted with and treated the social outcasts of His era.  Of course Jesus’ response to the outcast was prompted by His love for them and His treatment of them was shaped by His love for them.  Divine Love was the motivator and instigator for His actions.  But what about those of us today who bear His name and seek to follow Him as Lord?  Who are the outcasts that litter the world around us?

Who are Today’s Social Outcasts?

When I first read the title of Sunday’s lesson for this week, “Bottom Dwellers,” I was offended by author’s word choice.  But I have since grown to appreciate his brutal honesty.  Too many of us, Christian or not, tend to view those on the margins of society exactly in these terms.  Of course our lists of who are social outcasts vary by individual.  Who we, as individuals, name as social outcasts depends on the perspective of the social groups to which we belong.  For example, our view of social outcasts can be shaped by our country of origin (including the region of that country we live in), our race, our ethnic background, our socioeconomic status, our faith tradition, and our local congregation.

Based on comments I have heard (including some from myself at times) I count the following groups as examples of today’s social outcasts:  the poor (particularly those receiving monetary living assistance from the governmental), divorcés, the abused, homosexuals, the mentally ill, addicts, “rebellious” teens, and those in prison.  And while I have heard different varieties of Christians make comments that push individuals in these groups to the unsavory edge of society, I have also been in the presence of fellow believers who actively share the Love of Christ with individuals from these groups through discipling ministries.

This essay doesn’t provide adequate space to discuss all of the outcast groups listed above.  However, I will do want to focus on one group as an example.  Throughout human history the mentally ill have been almost universally considered social outcasts.  Some of the mentally ill were so different, their behavior so unusual and unexplained that they frightened society – and society responded by shutting them away out of sight.  Families and individuals carried heavy burdens of shame and guilt due to the appearance of mental illness in a relative.  For years mental illness was a “black box,” a mysterious phenomenon that occurred within the confines of one’s mind that even the afflicted individual could not explain.  Early treatments were often bizarre, sometimes deadly, and usually ineffective.  Luckily for Adventists, the seven natural healers Ellen White promoted in the health message can have very positive effects on some types of mental illness, such as depression.

I think it’s time for me be clear about one thing before we go any further:  I suffer from mental illness myself.  My diagnosis is recurring depression and general anxiety disorder.  A few years ago I probably would not have shared that information with anyone, much less publish it on the Internet.  However, once I was diagnosed I asked God to use my illness to bring blessings to others.  With the support of my family I vowed not to be silent about my illness (and recovery) and not to fall into the centuries-old pit of shame that still surrounds many mental illness diagnoses.  Through the Grace of God, the work of a good psychiatrist, the help of a good therapist and the ministry of several Christian brothers and sisters, I am working through my diagnosis back to health without accepting the shame that society in general places on those of us diagnosed with mental illnesses.  In some ways I am one of the lucky ones – depression doesn’t carry as great a social stigma as does a diagnosis of schizophrenia or psychosis.  However, a diagnosis of depression opened me up to unintentional wounding by some of my closest fellow Christians, generally in the form of unasked for advice from well-meaning but poorly informed fellow believers.

Some of my friends in the church responded to my struggle with depression by spiritualizing it.  Depression, in their minds, was not an illness but solely a spiritual battle, perhaps a result of demonic oppression.  While I do not doubt the existence of demons in this world and their malevolent intent toward all humanity, I also knew that there were genetic and biochemical reasons for my depression.  I was not the first person in my family tree to battle depression.  While most of these individual’s experiences were only quietly talked about and their experience hidden behind veils.  I knew that some individuals who shared a similar genetic makeup with me had courageously battled episodes of major depression.  So I listened to well-intentioned but uninformed advice, one dear friend even suggesting the solution to the problem was prayer alone.  Would she have suggested that for a diagnosis of diabetes or pneumonia?  I wondered.

During my recovery I relied instead on my fellow believers who were more informed.  Those that knew how to help me battle my illness with prayer support and the use of other simple natural remedies (exercise, hydration, sunlight, and so on) while not ignoring the advances made in modern medications for the treatment of mental illnesses. Through the blessing of God, physicians and researchers have made major advances in therapies and medications for the treatment of depression.  Today approximately 80% of sufferers from depression can find a medication that helps their depression while causing little or no side effects.  In a very recent development, I just had a genetic test to identify which medications for depression and ADHD (another of my brain-based challenges) are most likely to work in my treatment and which ones are most likely to cause problems.

I thank God for my fellow believers who stood by my side during the depths of my depression and undertook the difficult job of discipling me as I walked the path of recovery.  What I needed most during that time were Christians who had some understanding of what I was going through and who would spend time connecting to me and encouraging me while helping me stay connected to God.  These family, friends and colleagues spent time with me explaining their struggles with depression, sharing their strategies for dealing with negative thoughts, telling me what to expect as I continued treatment, and reassuring me during my darkest hours.  We often prayed together and my wife was my primary link to God as she read to me every night during family worship from a variety of inspired texts.  During my recovery period (which is still underway) those who have one-anothered-me and helped me grow as a Disciple did not really seed to engage me in witnessing, evangelism activities, or some of the other things we often associate with discipling efforts.  However, these precious believers discipled me by walking by my side during this dark and painful leg of my journey.  Their demonstration of their love for me was exactly what I needed at that time in my Christian experience and I thank God they were able to hear the Holy Spirit telling them how to disciple me.

Discipling is a multifaceted process that involves more than just teaching doctrine.  The Growing Fruitful Disciples Framework (http://www.growingfruitfuldisciples.com/) presents a discipleship model of four processes: Connecting, Understanding, Ministering, and Equipping.  In working with those considered outcasts by society, I would suggest we follow Christ’s example.  Connection comes first.  And let us be motivated to connect with our social outcasts for the same reasons He was – Divine Love for a human brother or sister who Jesus gave His live to save.  We cannot hope to teach strangers doctrine without first making a personal connection and befriending them.  Jesus’ life provides us many examples of ignoring social expectations and connecting with all types of persons in order to share His love with them.  We can do the same in our lives – share God’s love with His children with whom most humans are afraid to be seen.

Even though our view of who is a social outcast varies by our membership in various social groups, as Christ’s disciples we seek opportunities to grow closer to Him and become more like Him on a daily basis.  The closer each of us grows to Christ, the more our personal identity will be rooted in Christ rather than the secular social groups which have shaped us throughout our lives.  As our identity becomes more anchored in Christ and our patterns of thought shaped by the Holy Spirit, we will learn to see no social outcasts, only persons Christ died to save.It is only through the power of God and the influence of the Holy Spirit that our minds can be transformed we can become be used by Christ to disciple any of His children to whom He sends us.