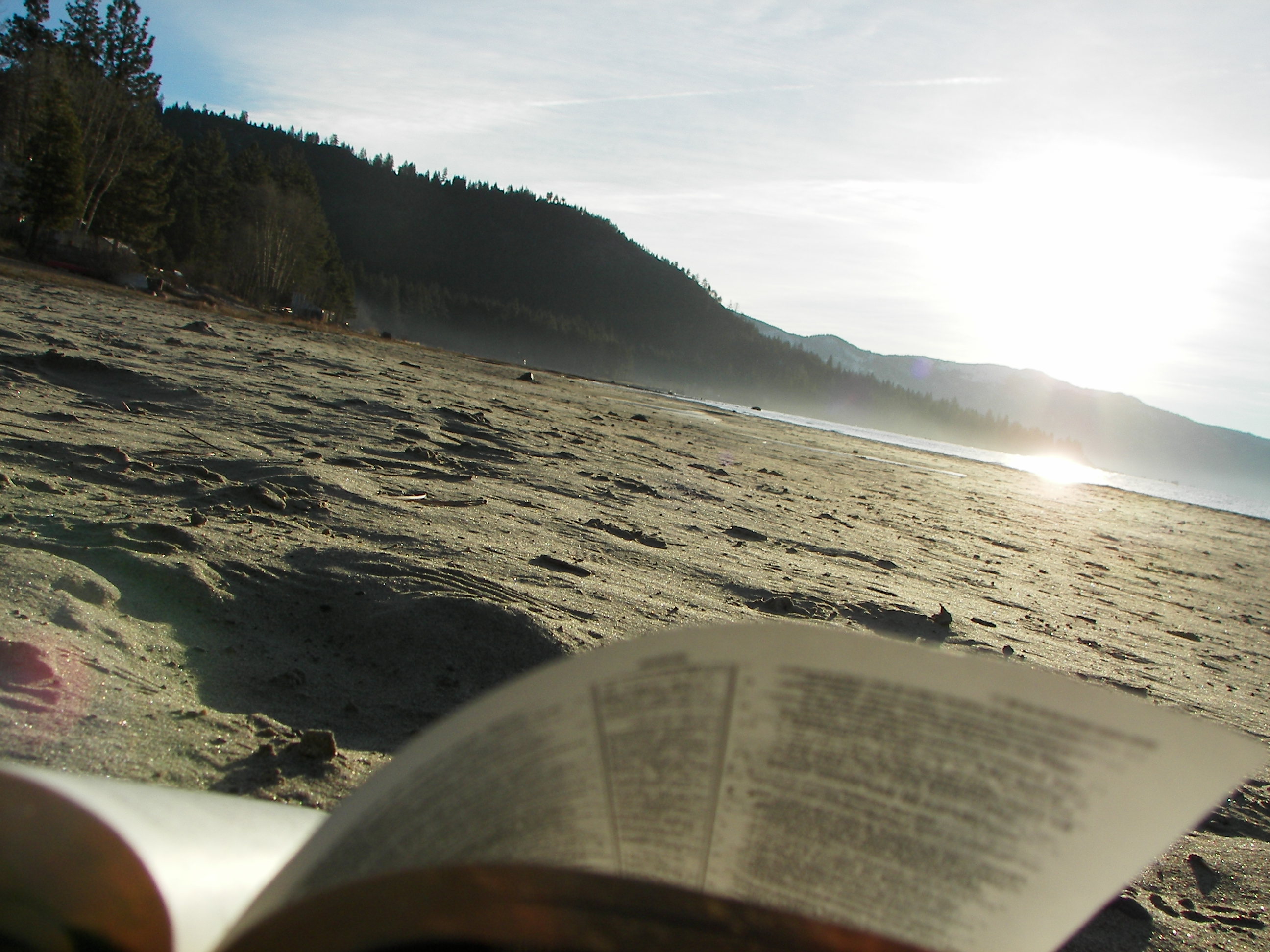 Read the first article in this two-part series by Ken Curtis here.

In the same quiet café, Jerry and Bob, two good friends, gather once again for their weekly breakfast conversation about their lives, family, church, and their own unique growing edges. This week, they continue to pursue a conversation which began the week before about some books Jerry has been reading, the questions they are raising, and how they relate to his spiritual life. Breakfast has already been ordered and a few updates shared. We join their conversation already in progress....

Bob  I can see by what you've said already that these books really have been unsettling for you.
Jerry  You're right about that. After our conversation last week, I was thinking that I had things pretty well in perspective...and I think I did...but what I did not expect was that there would be so much more.

Bob  More than just the practice of reflecting on God's graciousness at the end of the day that we talked about last week?

Jerry  Oh yes, much more! That was just the beginning!

Bob  So what are some of the other concerns?

Jerry  I don't think we have enough time here this morning to touch on all of them.

Bob  Well then, give me an example or two.

Jerry  Well, that doesn't sound like anything too troublesome, although the Latin words might be hard to keep track of.

Bob  Well, since you don't speak Latin, you probably don't need to worry about the words. In fact, a lot of people who find this kind of practice helpful don't use the language at all.

Jerry  So, if I understand this right then, all we are talking about is taking unhurried time to read scripture, reflect on what it means as we try to pay attention to what God might be trying to communicate to us in that passage, sitting with it awhile as we enjoy being with God, and then talking with God about what we have learned?

Bob  Yup, that's about it. Although, there are a lot of variations of the process that you will find in how it is used. For example, some have structured it as (1) Reading scripture through once, paying attention to what you seem drawn to in the passage (2) reading it through again, this time noticing any feelings or emotions that you notice associated with what you are drawn to, and then (3) reading it a third time, this time paying attention to what it is that God might be calling you towards or inviting you to consider from reading the passage. That's another variation on the practice, but the basic movement is the same.

Jerry  Yeah, I can see that. Basically, it's taking unhurried time to be with God in scripture, noticing what God might be wanting you to see there, and then responding to what you are learning - all the while doing so realizing God is with you in the process. Doesn't sound like there is anything very sinister about that.

Jerry  Then what is all the hoopla about?

Bob  There are lots of reasons that people get concerned about things. Sometimes there are "issues" behind the "issues," which are not obvious or may even be unconscious, that drive concerns like this. Sometimes it might be because of a previous bad experience that was of such a nature that they now read that experience into others that seem similar, but in reality, may not be at all. Sometimes it might be because something is practiced by someone they don't like or disagree with for other reasons, and so it becomes a matter of guilt by association. Still other times, especially if they think a conspiracy of some sort is involved, people can begin to see connections between things that are really not there. They may know just enough to connect things together that seem to be similar or related, but may not know quite enough to fully understand the things they are connecting, and in the process wind up distorting or misconstruing things, sometimes smearing the names of people connected with these things in the process.

Jerry  And I suppose the more you think there is a conspiracy of some sort at work, the more anxiety can get injected, and that can raise the level of intensity to the point that people stop really listening to each other, and only start listening for things they want to hear...kind of like what often happens in political conversations.

Bob  Yes, and pretty soon it's not about listening and understanding each other any more, but simply asserting the point you want to make, without much regard to the damage done in the process.

Jerry  But, something else I wonder about, is whether or not this is a good way to read scripture. I mean it sounds kind of subjective...like the text could wind up saying just about anything. Shouldn't we be concerned about solid background study, context, meanings of words, and stuff like that, rather than just about how the text may impress us?

Bob  That is an excellent question, and one that gets at the heart of how a practice like this can be misused. The answer is, "Of course we should!"  What people sometimes forget is that this practice arose in the context of monasteries among scholars who were doing the best they knew how to do just that. Lectio divina is not a practice that replaces careful Biblical study, or even contrasts with it - but rather, you bring the best scholarship and information you have with you as you engage the practice. The better you know and understand the text and what it is trying to say in its own context, the more clearly we can hear how God might like us to see how that text applies to our lives. Good scholarship actually helps us to hear more clearly!

Bob.  Exactly! Of course there is a difference between entering into an academic conversation (which is primarily focused on information) and a personal one (which is mostly focused on getting to know someone and being responsive to them as a person)...all you have to do is ask your spouse, and they can tell you the difference...but information and careful listening do not have to be antagonistic to each other. They actually can enhance each other.

Jerry  Yes, that makes sense! But you know, on another note, some of the books I've been reading do point out things about people who use things like lectio divina that I really don't agree with. What about that?

Bob  Well, that is really nothing new either. People always explain what they are doing in the context of what they believe. If, for example, I believe that when I die I go immediately to heaven, when I am sharing what is on my heart at a funeral service, I will probably make my comments in a way that reflects that belief - because that is the only way I know how to explain what I am thinking. If however, I believe that when I die I rest in God's loving embrace until the resurrection morning when I am raised to life again, any comments I make  will very likely reflect that belief for the same reasons. But we already know this and make these mental adjustments all the time when we are talking to and listening to each other - appreciating the point or idea someone is expressing even if we would explain it a slightly different way. Which is why, however much we may disagree or think differently about the state of the dead, we can still find great value in a funeral service itself as we meet together to mourn our loss, celebrate a life that was lived, and look forward in hope.

Jerry  It really would be sad to refuse to take part in a funeral service, or see funerals as part of some sort of deceptive conspiracy, or be afraid of them, simply because people explained things differently, or because we did not fully agree with everything that everyone there believed. That would kind of be like throwing out the proverbial baby with the bathwater.

Bob  I agree. But now that we have solved another of the great issues of life for the day, there are some other issues I also need to get to before too long.

(Bob picked up the check while Jerry went through his pockets to summon up enough money to leave as a tip.)

Jerry  Yes, I need to get going too. But I am glad we've had time to talk. There are so many more questions I have from these books...maybe we can get to them next week.

After praying together, and leaving a generous tip, Bob and Jerry parted company for the morning, though they would often return to bits and pieces of their conversation as they went about their tasks for the day. As they left the café and stepped into the flow of people traffic on the sidewalk outside, the sun was just emerging from behind the clouds, and a soft breeze was beginning to blow.

Ken Curtis is Associate Pastor at Calimesa SDA church and blogs at KensFootnotes where this article originally appeared July 30, 2012.