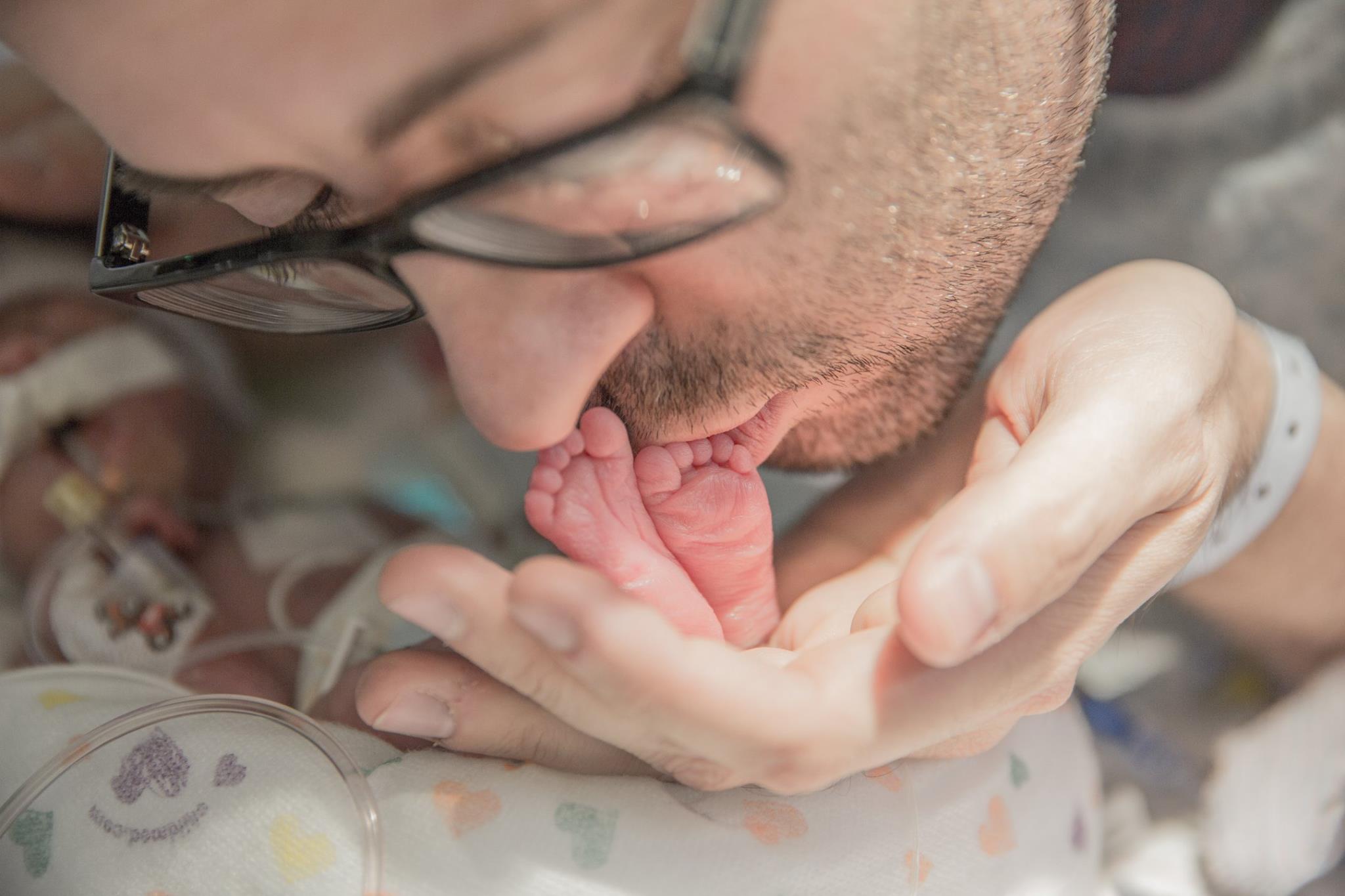 Musician and recording artist Chris Picco from Loma Linda, California lost his wife, Ashley Picco, and his son, Lennon James Picco, within three days of one another. On August 26, Ashley, age 30, shared publicly on her Facebook page a photo of the couple's legs and feet with a tiny pair of shoes between them with the words, "Coming Soon," one week after their seven-year wedding anniversary. Lennon, their first child was due February 22, 2015, but arrived some three-and-a-half months prematurely on November 8, 2014 after a traumatic health event for Ashley forced doctors to perform an emergency C-section. Despite doctors' best efforts, as the baby entered the world, Ashley passed away at the Loma Linda University Medical Center.

On November 10, Chris Picco posted on his Facebook page, "Ashley would often feel Lennon moving to music so I brought my guitar today and gave him a little concert Continue to pray for a miracle for my precious, perfect little guy!" Picco and his band played frequently for worship services throughout Southern California's Inland Empire, particularly Loma Linda University Church's Re:Live young adult service. In the hospital room with only his guitar, Picco played the Beatles "Blackbird". Video of the song went viral on social media, and when it was shared on Reddit, news outlets began to pick it up as well.

One day later, Lennon died in his father's arms. Picco related the baby's death on Facebook. As of the publication of this article, the photo and status update were shared over 560 times. 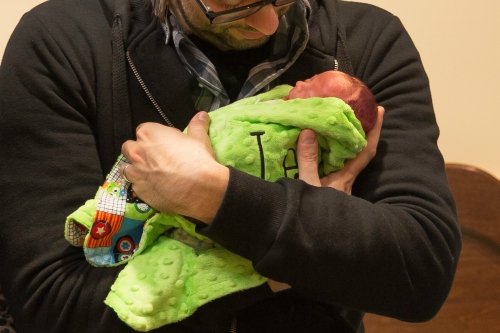 Dear friends, family, and supporters; it is with an unbelievably heavy heart that I write this. My little fighter, Lennon James Picco went to sleep in his daddy's arms late last night. He was surrounded by family, friends, and the best doctors, nurses and hospital staff in the world. He was dressed in an outfit that Ashley bought for him, with little guitars on it, and wrapped in a blanket made by a dear friend. I am so thankful for the four unforgettable days I got to spend with him. His mommy would have been so beyond joy to see him and to hold him, touch him, bathe him, sing to him - as I have had the privilege of doing. I have been so blessed and honored to love him before he was formed, to cherish him while mommy carried him, meet him face to precious face, and hold his perfect little body while we said "goodbye for now". There are no words, but I wanted to keep you updated, as your love and support has meant more than anything in the world. All you need is love.

Family friend and Campus Ministries Coordinator at Loma Linda University, K.C. Hohensee, created a memorial page for Ashley Picco and Lennon. The page notes that the couple met at Ground Zero in New York City following the attacks on the World Trade Center. Both were volunteers in the aftermath of the attacks. Ashley worked at the Loma Linda Children's Center before becoming a registered nurse.

A memorial fund has been created to help defray medical expenses in Ashley's name. Donors exceeded the initial goal of $50K with ten days remaining in the fundraising campaign. Those who would like to contribute may do so at the Ashley Picco Memorial Fund.

The Loma Linda University Church will host a memorial service Saturday, November 15 at 7:30pm. The event will be broadcast on the church's website, www.lluc.org.

Update: This story initially incorrectly tied Ashley Picco's C-section to her passing away. In fact the health event that caused the C-section was responsible. On Thursday Morning, Chris Picco wrote online: "There are a number of stories circulating about the cause of Ashley's death and I wanted to share that the results of the examination are not complete yet. What we know is Ashley passed peacefully. As information becomes available, I will do my best to share. Thank you for your continued presence through this journey."