"We Are Seventh-day Adventists" Responds to GC "Alternative Sexualities" Summit

"We Are Seventh-day Adventists" Responds to GC "Alternative Sexualities" Summit 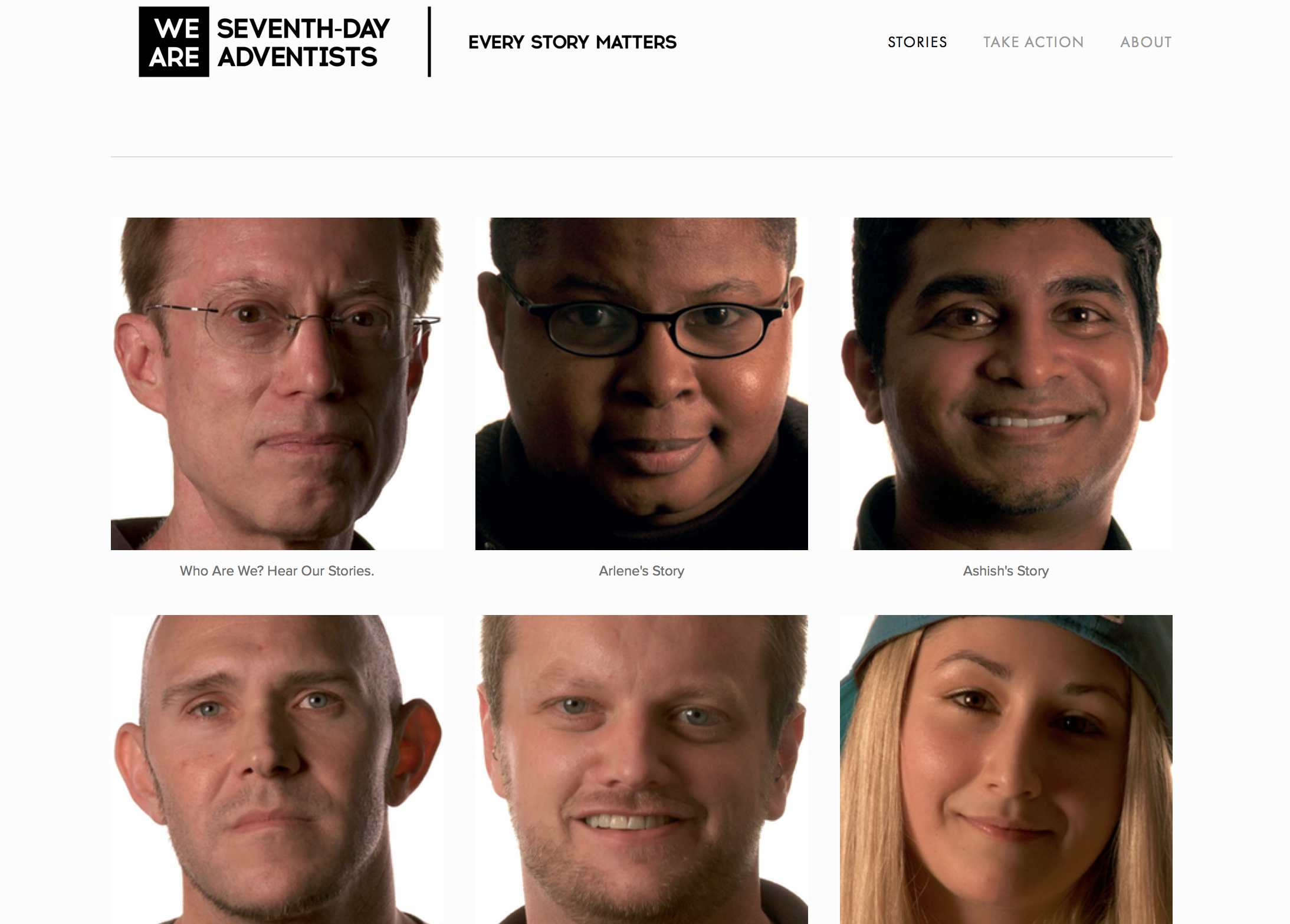 Seventh-day Adventist Kinship International, the Intercollegiate Adventist GSA Coalition, and the creators of the Seventh-Gay Adventists documentary launched a new website today as a response to the General Conference's ‘In God’s Image:’ Scripture, Sexuality, and Society Summit.

The new site, entitled "We Are Seventh-day Adventists," features videoed stories of twelve Adventists who share their accounts of homsexuality within the Adventist faith community. The website's "About" page describes the impetus for the online project:

When it comes to the stories of lesbian, gay, bisexual, transgender, and intersex (LGBTI) Adventists, the institutional church is still excluding important voices (emphasis supplied). Big shifts are happening in Adventist congregations all over, yet the overwhelming message from the official publications and pulpits is one of  rejection and loving with caveats, conditions, and performance clauses.  For those who love God and their church, this exclusion from their faith community is like being disowned from a family.

The exclusion extends to an upcoming major church event. At a March 2014 summit in Cape Town, South Africa, sponsored and organized by the General Conference of Seventh-day Adventists, church administrators will spend four days talking about "alternative sexualities." However, actual LGBTI Adventists are being excluded, even though they asked a month ago to be able to share their stories and perspectives with attendees. As this letter states: "What we have to say is important, and no one knows our stories better than we do." (Emphasis supplied.)

So we encourage you to take the time to listen to these stories. From a former pastor who tried "orientation change" for years, to a student who received death threats after coming out at Walla Walla, to a straight woman who was a third-generation missionary and only found out her husband of 33 years was gay after her son came out as gay, to a couple who have been together for 49 years, to a 91-year-old mom who had to decide how to respond when her son came out--these voices are powerful.

Like the Seventh-Gay Adventists film, this website seems more intent upon sharing personal narratives than arguing points of doctrine or explaining passages of Scripture. It's the stories of LGBTI individuals, say the creators of the site, that are noticably missing from the "In God's Image" summit. For David Larson, professor of Religion at Loma Linda University, the problem is not just overlooking stories like those shared at "We Are Seventh-day Adventists," it's a faulty premise. Larson writes on his blog, "Some Religion Stuff,"

Most of those who will attend the meetings already agree with those who have organized them.  This is why they have been invited and others haven’t. The advantage of doing things this way is that the organizers of the conference will not be seriously challenged.  The disadvantage is that they will have few people to convert.

Yet another factor is that the conference seems to be based on a doubtful presupposition.  This is that the best way to develop a healthy SDA consensus regarding a controversial issue is to gather a group of leaders from all over the world and then require everybody in the denomination, leaders and members alike, to conform to its consensus.

Contrary to what some of our leaders apparently they think, they do not need to marshal the powers of good against the powers of evil in a fierce battle for the denomination’s heart and soul.  The LGBTI SDAs I know long for much less.  They would rather be talked with than talked about.

The "We Are Seventh-day Adventists" website offers suggested ways to take action for people who "are so moved":