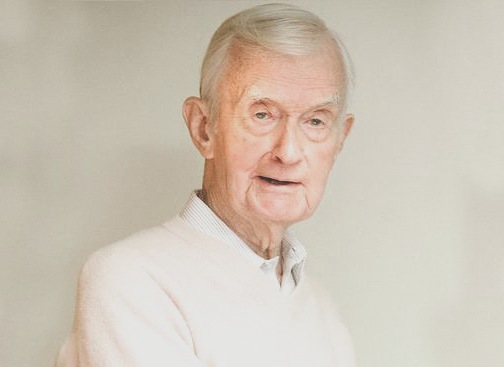 The Takoma Academy Alumni Affairs office has announced the passing of Seventh-day Adventist businessman and avid supporter of Adventist education. Bainum was 94 years old. According to the release, he died February 12, 2014 following complications from pneumonia.

The memo, sent to Takoma alumni via email offers this short bio:

Born in Detroit in 1919, he hitchhiked to Washington, D.C. in 1936.  Rising from humble beginnings, he started his career as a plumber and eventually formed his own development company.  In 1957 he opened his first hotel in Silver Spring, Maryland and three years later his first nursing center.  From those endeavors Stewart eventually created the public companies, Manor Care, Inc. and Choice Hotels International for which he served as Chairman and CEO from 1968-1987.  For the remainder of his life, he remained actively involved in his private real estate companies as well as leadership of The Commonweal Foundation, a philanthropic family foundation he and his wife founded in 1968.

According to the Maryland community journal Gazette.net,

After making his fortune from Choice Hotels and Manor Care, Bainum used the money to fund the Commonweal Foundation, a nonprofit organization that gives about $12 million per year of Bainum family money to scholarships and educational programs for disadvantaged students.

For online condolences please visit www.josephgawlers.com.  In lieu of flowers, donations may be made to The Stewart and Jane Bainum Fund at The Community Foundation for Montgomery County, 8720 Georgia Avenue, Suite 202, Silver Spring, MD 20910.