Bringing the Real World to Genesis: An Introduction

Bringing the Real World to Genesis: An Introduction 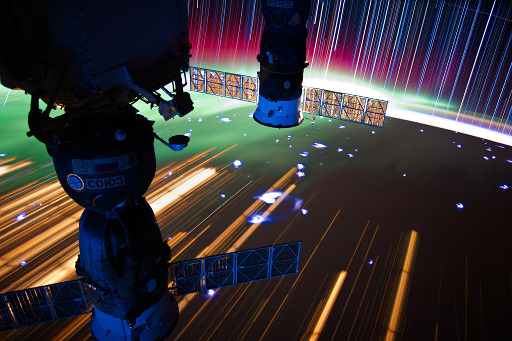 This is an introductory article that inaugurates a series under the umbrella title, “Bringing the Real World to Genesis.” Some will likely object to this title, though it is simply intended to convey the theme of this series, namely that science does have something to say about how we should interpret Genesis. This issue has arisen because some church members are inclined to treat religious belief as detached from scientific data. It has been my observation that many give science a warm embrace when it is convenient, but then reverse course when the data does not fit the Adventist worldview—the poster-child, of course, being the conventional view of beginnings. Yet behaving in this way is so fundamentally inappropriate that I am forced to conclude that many have a misunderstanding about how knowledge is acquired and how science does its work.

For a number of months I have given thought to the possibility of doing a series to address in some detail aspects of science that encroach upon interpretations of Genesis. But as I have reflected on this idea I have come increasingly to the conviction that this discussion really needs to engage first class scientists in the conversation. So, while I will be involved with a few of the articles in the capacity of a science reporter, most of the topics will be authored by subject-matter experts, and we will also be engaging some of the theologians among us who may be able to suggest possible ways of bridging the data with interpretations of Genesis.

Recently I have discussed this idea with a friend of mine, Mailen Kootsey, who shares the notion that this conversation is needed. In fact, he has consented to act as an advisor on this project. He holds a Ph.D. in nuclear physics from Brown University and has had a distinguished career in academia that includes serving as academic vice president at Andrews University from 1994 to 1997. More recently he was professor of physiology and pharmacology in the School of Medicine at Loma Linda University and chair of the department for a number of years until his retirement in 2005. In short he will be a significant asset in facilitating a high standard for the set of planned articles.1 He will also be among those who will be authoring a number of articles.

This subject has grown in importance for all Adventists as a result of current and ongoing events within the life of the Church. As most readers probably know, in about three years time Adventists will be confronting a major decision about the way in which it intends to interact with the world—specifically the science world—in the crafting of a revised Statement of Fundamental Belief (FB). Because of this ongoing activity, readers can anticipate that it will be hovering in the background of this series, though the primary focus will be on both the methods and the data of science.

It has been my observation that when it comes to Genesis, the average person sitting in the pew is very skeptical that science is on the right track.2 Certainly this is the message that gets articulated through official channels. I often hear the argument made that the problem with science is that it is working off of bad presuppositions, that the historic Adventist understanding of Genesis will be validated if we begin with the appropriate presuppositions. Well, fair enough, but the Geoscience Research Institute (GRI) has been working this very assignment over the past 50-plus years, and they have yet to produce anything scientifically substantive that could put wings on these traditional views and make them fly. This is not a criticism of GRI, but it is a reality check. So, the risk created by elevating statements of belief that are disengaged from the real world will be directly proportional to Adventism’s relevance to the educated masses.

Furthermore, should anti-scientific dogma ultimately triumph it will create a quandary for Adventist scientists. I am particularly conscious of this because I have regular contact with a number of them who desire to see the Church succeed, but find it very difficult to reconcile the world they have come to know through sense-data over against views sometimes demanded by biblical literalism. The dilemma thus posed could be one of having to choose between the truths visible to the eye and those distilled from a narrowly defined biblical orthodoxy.3

As suggested above, the premise of this series will be that theology must be engaged with the real world if it is to remain relevant, and it will proceed with the mindfulness that some readers may not understand the pertinent scientific data or its significance. This series will thus attempt to convey precisely why science should be taken seriously—at least seriously enough to avoid trampling on the data. As such we will be delving into the methods as well as the findings of science. Hopefully, this process will open, for some, a window into a reality not previously seen. As might be expected, the main challenge will be to distill complex issues down to space appropriate size. To compensate for brevity, to some extent, we shall endeavor to provide readers with a number of outside resources that can be explored for those interested in more extensive research on the topics presented.

Since it will likely come up in the discussion, let me be clear about what this series “is not.” It is not intended as an assault on Adventist belief; there will be no calls for the Church to embrace the scientific data for an old earth or universe, nor the data that life is very old and evolved, or other controversial evidence.

So, what are the goals of this series?

This series is intent upon sparking conversation, creating the possibility of genuine dialogue on an important subject. So you may want to tell your friends and family about this series and encourage them to get involved in this conversation also, for we can learn from each other.

More than likely, the data we will be looking at will strike a raw nerve for some because it will challenge traditional assumptions. If you happen to fall into this category, let me suggest a constructive way to proceed, namely to recognize the illusive nature of reality at most levels, giving rise to a consequent need to replace arrogance of certitude over things of which we cannot be certain, with a posture of humility.4 This is particularly true when data has the capacity to speak directly to the integrity of ideas and beliefs that were not themselves derived from data sources. Perhaps the data may be wrong or has been misinterpreted, but to summarily dismiss it is an act of ignorance and an assault on our God endowed cognitive capacities.

In all of these discussions it may be helpful to analogize to the worldview offered up by Isaac Newton. Not only was his description of the universe breathtakingly insightful, it was also profound in its sophistication for the time. Much of his description of gravity and the functional relationships of physical processes have withstood the test of time, yet Einstein took Newton’s ideas to a whole new level of understanding. Adventists who may be inclined to think of “truth” in very concrete and certain terms would probably do well to keep this analogy in mind. There is wisdom to be found in non-defensively embracing the vulnerabilities of belief, for few ideas can escape modification along the way—even if it is nothing more than nuance and sophistication of form.

In our quest to understand something further about the reality of beginnings and our place in the cosmos, it is possible that serendipitous solutions to our present predicament will emerge that previously could not have been anticipated—perhaps solutions sensitive to Adventist traditions yet also capable of treating the accumulated wisdom of the ages with respect. But until serendipity happens, we simple may need to admit that we do not have all the answers. As we work our way through this series and confront the challenges to beliefs that some have long considered as “settled truth” we will surely have a renewed sense of what it means to “see through a glass darkly.”

1 It should be added that neither Dr. Kootsey nor I might necessarily agree with every conclusion advanced by various authors in this series, as we are not working off of some litmus approach other than to locate scientists who take data seriously, and who can take us on an engaging and dynamic journey of discovery. In fact, subject matter experts in the reading audience who might wish to tackle some aspect of science that has the capacity to shape our interpretations of Genesis should feel free to contact me through Spectrum for consideration. While we have a number of authors commitments already on a variety of related subjects, it is appropriate to open up this conversation as wide as possible.

2 There is nothing wrong with rightly placed skepticism, as long as the emphasis is on “rightly placed.” There are rules that can help us in this effort, and I am sure that some of this will be covered as we proceed.

3 Some have attempted a middle scientific course that claims respect for science, yet engages in cherry picking the data to be respected—ignoring or explaining away the problematic data in order to achieve the desired end result, and while this approach can reduce cognitive dissonance, it is not clear how this can be anything more than self-delusion.

4 For a larger discussion of this point, please refer to my previous article entitled “On Certitude” http://spectrummagazine.org/blog/2012/01/10/certitude.