On the La Sierra Resignations: The Privacy Issue (i) 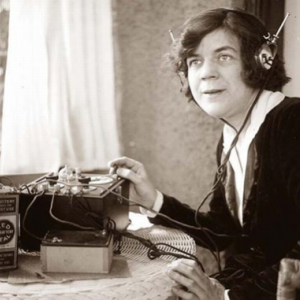 On April 20, 2011, a member of the La Sierra University Board of Trustees uses his cell phone to record a highly important faculty meeting. He then forgets to turn off the recording device, meaning that later in a private home he inadvertently appends to the initial recording an extended conversation that includes himself, two university administrators and a university professor.

The trustee then emails to several others what he thinks is just a recording of the faculty meeting. What he doesn't realize is that he's also sending the four men's unflattering comments about various university and denominational leaders. Their conversation is also spiced with the occasional descriptor that one wouldn't expect to hear in the church foyer. And to top it off, the conversation suggests that some form of alcoholic beverage is being served--which violates both denominational teachings and university regulations for both students and staff.

The recording eventually reaches the Seventh-day Adventist Church's North American Division headquarters in Silver Spring, Maryland. There it is professionally transcribed to create a more accessible record of who said what. On June 1, NAD leaders share the material with the chairman of the La Sierra University Board. On June 9, the university board chairman contacts the university president concerning the matter. On June 10, the four men who were inadvertently recorded, when faced with the evidence and invited to resign, opt for resignation from their respective posts rather than face the board. End of story.

Of course, that's not really the end of the story. The fact that I'm writing this article is proof that it continues. Let's note just a few points.

Back in the 1950s, when I was a youngster growing up on a farm in rural Missouri, life was rather basic. We had electricity but no running water. The only area of the house we routinely heated was the kitchen. Whether we needed it or not, we took a bath once a week in a washtub--in the kitchen, of course. And our phone service was a "party line." That party line provided an opportunity for my mother to impress upon us children the sacredness of privacy.

There was no way to tell by looking at our phone whether or not one of the seven neighbors who shared the line with us might be using the line. We had to lift the receiver to find out. And when we did lift the receiver, even if only for a second or two, we might overhear something that wasn't intended for our ears. So my mother laid down a few immutable axioms about party-line courtesy: First, if someone was on the line, we were to hang up immediately. Second, we were never to intentionally listen in on a conversation. Third, if we accidentally acquired private information, we weren't to share it. To do otherwise was both impolite and unchristian.

In fact, my mother and father's instruction regarding privacy went well beyond just the phone. It was wrong, they impressed upon us, to take advantage of any opportunity to know or see things that weren't legitimately ours to know or see. The fact that the vertical boards on our outhouse had rather wide gaps between them and the occasional knothole didn't mean that it was OK to peek through. Nor did the rather large keyholes (necessary to accommodate old-fashioned skeleton keys) make it acceptable to look through the keyhole into bedrooms or into the kitchen during bath time. Privacy reigned supreme. And when an inadvertent opportunity arose to invade someone else's privacy, it was a temptation to be avoided just like all other temptations.

The need to safeguard privacy was taught right along with the importance of the Sabbath, honesty, care in what we ate and drank, modesty in dress, and a long list of other teachings that were important to my parents as committed Seventh-day Adventists. And what my parents taught us as children, they lived out themselves. For example, they would never consider barging into our rooms without knocking. So the right to privacy, from my perspective as a child, was both a part of Christianity and a part of being a Seventh-day Adventist. Protecting the privacy of others was a moral imperative.

What I learned in high school

My freshman year at Sunnydale Academy (1966), I studied Civics. In that class I learned not only how our government functions, I also learned about the underlying values on which our governmental structure is built. Our nation's forebears understood how easy it is for governments to become abusive. They'd seen it happen. So they set about to ensure that such abuses were curbed--curbed in the very structure of government itself. Among other things, they enshrined in what has become known as "The Bill of Rights" the right of every person not to testify against himself/herself. In essence, it's a privacy provision.

The reality is, this constitutional provision (the Fifth Amendment) is highly inconvenient. It makes court cases harder to try. It means that inculpatory evidence may have to come from someone other than the defendant. But our founding fathers deemed freedom from self-incrimination to be an important value that must be protected. And it all revolves around and intertwines with the concept of privacy.

In fact, the very year I started studying Civics in high school, the U.S. Supreme Court made a ruling that further bolstered the Fifth Amendment. It has come to be known as "The Miranda." The rationale of the court was that having the Fifth Amendment protection against self-incrimination was relatively useless if at the time of arrest a person forgot--or never knew--that such a provision existed. So the court ruled that it was incumbent upon the arresting law-enforcement officers to remind the accused of his/her Fifth Amendment rights--as well as the Sixth Amendment rights (having an attorney present).

In U.S. jurisprudence, the source of inculpatory evidence and the manner in which it is obtained are considered crucial. While personal privacy is not the be all and end all of the Bill of Rights, it's definitely a crucial component. The courts have a maze of rules concerning how evidence may and may not be obtained. And these rules are to a great degree predicated on the "sacredness" of a person's right to privacy. At least that's what I seem to recall from high school.

As I've already stated, the rules are actually inconvenient. And there's no question but what following them at times allows the guilty to go free. But our nation's forebears felt there were higher principles at stake than simply doing whatever is necessary to get convictions and mete out punishment to the perpetrator. There are processes and procedures that, if consistently followed, safeguard greater fairness and ensure better outcomes in the overwhelming majority of cases, even if they get in the way in certain specific situations.

From an early age, privacy values were drummed into me by my parents at the level of moral/spiritual rights and responsibilities. From my first year in high school, I encountered similar privacy values at the level of civil rights and responsibilities. Do those lessons I learned early in life in any way apply to what happened to the four men from LSU? I believe they do.

My mother would have had no question concerning what to do with an inadvertently circulated recording. She would have contacted the parties whose privacy had been inadvertently invaded and would have sought to ensure that they were able to stanch the hemorrhage as much as possible. She certainly wouldn't have approved of their language or their alcohol use. But she would have viewed those issues as their problem. Her immediate concern would have been to treat their privacy with respect.

Not everyone would be as privacy-conscious as my mother, I'm sure. But I'm equally certain that the overwhelming majority of onlookers in this case face certain qualms about the privacy issue--even many of those who feel the four representatives of LSU received their just deserts. Had the events, the comments and the actions transpired in the university's halls, classrooms or offices, these onlookers would feel much more comfortable about the severity of the university board chairman's response--which was pressured resignation.

Justice must be seen to be done

My parents strongly believed in the apostle Paul's admonition to avoid even the appearance of evil. So they would have had no time whatsoever for some of the behavior exhibited by the four men from LSU who were involved in this incident. Drinking and foul language would certainly fall into the taboo category. But that doesn't paint the entire picture.

My father, a truly dyed-in-the-wool legalist, was not only a legalist about the right way to behave. He was equally adamant about the right way to respond to misbehavior. There was a right way--a just way, a fair way, an equitable way and, yes, a redemptive way--to deal with bad behavior. And there was a wrong way. He applied the same exacting standards to the meting out of punishment that he applied in determining what behavior should be deemed acceptable and unacceptable. And one of his principles of life was that justice must not only be done, justice must be seen to be done.

Much as my father might abhor a particular behavior, if those in power couldn't react in such a manner that a reasonable onlooker would recognize their response as fair, then some alternative response had better be found--even if it meant letting the offender off a bit too lightly. (He'd taken a page from the U.S. Government as well as from the Bible, I guess.)

I don't know how many times he told me that he voted on the church board against some disciplinary action--not because he approved of the member's misbehavior, but--because he felt that, granted the circumstances, the proposed response couldn't or wouldn't be perceived as justice. In other words, it would give the appearance of evil on the part of the decision makers. And the apostle Paul spoke against even the appearance of evil. (It's an interesting way to view Paul's admonition.) My father was a man committed to proper process.

Now let me pose a few questions. Let's assume, hypothetically, that you're a church administrator and that you've just been emailed an audio recording of a faculty meeting at La Sierra University. You listen to it--maybe a little ticked because you don't feel it was proper to have recorded it. Then, at the end of the recording, you suddenly realize that you're listening to something that clearly wasn't intended to be included--though, to that point, there's been nothing demeaning or vulgar or inculpatory.

What would be your responsibility as a Christian? Should you listen to the rest of the recording because you can? Because it's available? Because one of the speakers made the mistake of circulating it? Or should you say, "This is out of bounds"? "This was never intended for distribution"? "I need to make the dispenser of this material aware of his mistake"? What would you say is your moral obligation in such a situation? Or is there no moral obligation? Was my mother's sense of Christian ethics way too finely tuned when it came to privacy protection?

But let's take this one step further: If you have strong reason to believe that an LSU employee is disloyal in some way, would you be justified in getting your paparazzi friend to use his scanner to eavesdrop on a few cell-phone conversations so you could catch the employee redhanded? Assuming, of course, that your lawyer friend has assured you that there's a way to do so that it wouldn't be a violation of the law.

I guess my last two questions are these: Does the end justify the means? Or are some things just wrong?